Being an imaginative leader 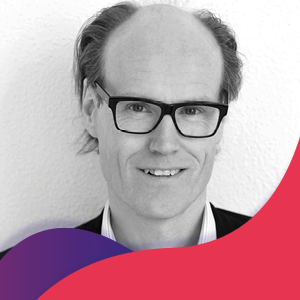 We all have the capacity to develop ground-breaking ideas that can change the world for the better. We are all creative. The problem is, we don’t always believe we are. We doubt our ability to generate ideas of worth, or feel unsure about the path to take. Will Gompertz has spent his professional life talking to and observing artists, and in doing so has come to understand what it is they do that enables them to use their creative faculties so successfully. There are specific traits and rituals that artists share, which we can learn from in order to, and put to, immediate use in our personal and professional lives. It’s not that difficult. We just have to learn to think like an artist.

Will Gompertz is the BBC’s first Arts Editor, a senior journalistic role he took up in 2009. In the past eight years, Will has conducted major television interviews with many of the world’s most recognised arts figures including Meryl Streep, Robert Redford, and JK Rowling. He has written and presented numerous documentaries on BBC Television and Radio and hosts his own show on Radio 5 Live.

Will has written two best-selling non-fiction books (both published by Penguin in the UK). What Are You Looking At? – a history of modern art – which was published to excellent reviews in 2012, and Think Like an Artist (2015), which is about creativity. He has written for many newspapers and magazines including The Times, The Guardian, and Vanity Fair.

Before joining the BBC Will spent seven years as a director of the Tate Galleries where he was responsible for its BAFTA-winning website, creative direction, and the launch of the UK’s first Performance Art festival.

Will was voted one of the World’s Top 50 Creative Thinkers by New York’s Creativity magazine and is a Fellow of Harris Manchester, Oxford University.