Leonardo DiCaprio may not have won an Oscar for his depiction of Jordan Belfort in The Wolf of Wall Street but you could certainly argue he deserved one. His portrayal of the debauched excesses of the financial world were described by many as being surprisingly accurate. Certainly it feeds into the perception that bankers are bad, hoovering up drugs and bonuses, taking long lunches and getting filthy rich as a result. Whilst it seems unlikely everyone in finance lives a life like DiCaprio’s Belfort, they do seem to have it easy. Well in one sense, they certainly do.

The City of London has been a key financial hub in the vast world economic system for well over one hundred years. Initially a centre for trade spurred by the industrial revolution, a complex financial system soon followed – with the City as the centre of world finance. Indeed, it was only knocked off its perch as the number one financial centre in the world after the devastating wars of the twentieth century. Despite this, it still retained great importance, and still does. The ‘Big Bang’ of 1986 was followed by exponential growth and as the country emerges from the recent financial crisis, the City is set for a strong recovery.

But how has it retained its status? What makes it so successful? Increasingly, historians and contemporary commentators point to the fact that it is the clustering of financial institutions and services that has driven its success. The size and grouping of firms gives it its advantage. Where else would you go to do financial business, other than London? This is why those bankers, bonuses aside, have it so easy. Collaboration is literally on their doorstep. Step out of one skyscraper and walk into the one next door and you’re meeting people, doing business. Step into one of the many restaurants, bars and pubs and you’re meeting people, doing business. Working together, for better or worse, is easy in the City. 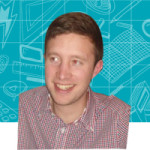 But for teachers it is not so simple. Schools, for very good reasons, cannot simply be built next to each other. They are (generally) located according to need. Stick twenty schools in the same place and ask students to commute for an hour to get there? It wouldn’t work. Collaboration is not on schools’ doorsteps. It might not even be around the corner.

Despite these problems, collaboration is seen as a key driver for school and system improvement. We hear more and more that teachers, schools, students and all stakeholders should be working together to give us the much vaunted self-led and self-improving school system. And the evidence does seem to suggest that good collaboration is beneficial for all – just look at the success of the London Challenge.

So what’s my point? Well, that schools need to go that extra mile (literally) to collaborate successfully. Time has to be invested. Effort needs to be put in. There needs to be commitment. If collaboration is done well then the rewards can be great and most importantly the students will benefit.

And my other point? That, in some senses, teachers don’t have it as easy as those bankers from the City. But I’m sure you would have told me that before you started reading this. (Oh, and DiCaprio should get an Oscar soon).

A new era for SEN provision beckons for all educators…