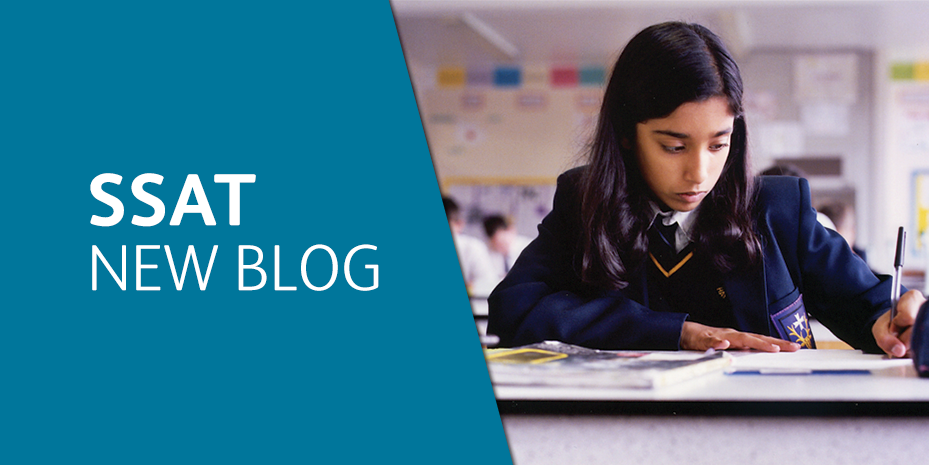 AS learners, how do we respond when faced with a difficult challenge? Why is it that sometimes we relish the chance to get our teeth into something, while other attempts lead to frustration and ultimately giving up (an ill-fated attempt at DIY plumbing comes to mind here – note to others, owning a book with pictures of other people fitting a sink does not give you the required skills or knowledge).

Last week I was lucky enough to hear Dr William Rankin, worldwide director of learning at Apple, reflect on creating the right conditions for learning at an evening event for Leading Edge schools.

The experience left us with brain ache in all the right ways. Dr Rankin shared many fascinating insights about creating the right conditions for learning, but two points particularly stayed with me.

The first was a point about challenge. As learners, Dr Rankin suggested, we are motivated by tough challenges. We find difficult tasks more fun – we want to engage, we want to test our abilities.

Dr Rankin illustrated this with a beautifully simple example – two sudoku grids which looked something like this: 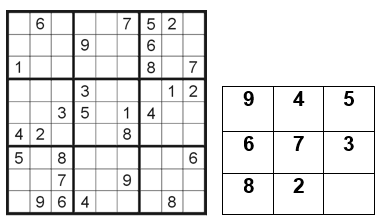 We were asked the question, which do we want to solve? One is obviously easier, but what’s the point? There is no challenge, no purpose, no sense of achievement in completing it.

As teachers we are often drawn into thinking about what we can do to simplify an idea or a task for our students – we break processes up into manageable chunks, we try to structure students’ thought processes in a way that makes things easier for them.

However, in doing so, are we in danger of taking away the element of challenge which makes the activity interesting and rewarding? In looking at lots of little, straightforward questions, are we denying students the opportunity to get their teeth into the big questions – the really interesting ones, the ones that provoke curiosity and make us think?

The Stuarts, who are they?

This reminds me of a story that I once heard Sue Hackman (formerly chief advisor on school standards at the DfE) tell at an event. Apologies to Sue if any details are changed in the retelling…

During a school visit, Sue was in a year 8 history classroom talking to some students about their work. One of the boys said to her that he didn’t understand what he was doing so Sue asked him what it was that he was having difficulty with. He replied:

This story made me laugh, but also, as someone who has taught history to many year 8s, did make me wonder whether I had ever been guilty of focusing on the detail at the expense of the bigger questions.

In the pressure to cover syllabuses and get through content, can we forget to step back and explore the bigger picture, the contextual details that make something meaningful, relevant and interesting to explore further?

We can imagine how baffling lessons must have been for the student Sue Hackman spoke to, but it goes further than this. Without any sense of the broader context, the big questions, the more difficult problems, learning becomes completely disconnected and irrelevant.

This then, provokes questions about motivation to learn. Why would a student be motivated to explore what happened to the Stuarts with no sense of who they are and what role they played in this country’s (and indeed Europe’s) history, let alone why they might be interested?

Dr Rankin raised some interesting questions about motivation to learn or to master a new skill. In certain contexts, he pointed out, we can have extraordinary determination to learn. He asked us to consider, for example, how many of us respond when faced with an apparently impossible level in a game.

Without any sense of the broader context, the big questions, the more difficult problems, learning becomes completely disconnected and irrelevant.

While we may find it frustrating, we may also relish the challenge to master it and often refuse to be beaten. Why is it then, that we are willing to spend hours adjusting the angle at which we fire a bird at a caged pig or changing the sequence in which we crush candy, but will write ourselves off quickly in other contexts?

Is it, perhaps a question of mindset – with games we are determined because we believe it must be possible? Because we are certain that we will be able to do it we persevere with different approaches, we practise, we look for advice from others… and usually we complete the level, and it makes us feel good.

Difficulty is key to reward

What then can we draw from all of this? For me, a key point is that difficulty is often key to reward. When we figure something out, challenge ourselves, do something that we didn’t believe possible, we feel great.

‘Too easy’ can easily be boring and can reduce learning to a series of mechanistic tasks. However, too difficult obviously can also be demotivating and demoralising. We need to apply the Goldilocks principle to this problem, but the question remains, how do we get it ‘just right’?

Dr Rankin left us with a few ideas to think on – to focus on ‘hard fun’, to explore relevance as a means of ensuring rigour, to ensure that students have a safe practice space and opportunities to show and prove their learning.

When we figure something out, challenge ourselves, do something that we didn’t believe possible, we feel great.

Earlier that day, I had attended a workshop at the Apple Education Summit called ‘Think like a coder’ led by Parklands College from South Africa. I am ashamed to admit that I know next to nothing about coding and I felt apprehensive as I headed to the workshop. What if everyone else was an experienced coder? Was I going to be made to look stupid?

After an introduction from the staff and students from the college we were given some basic instructions then left in our groups to figure things out. Our task was to direct our robot from an iPad through a set route in order to drop a toy penguin at the aquarium.

Very quickly the excitement in the room built as groups succeeded in making the robot move forward, turn and deliver the penguin in the required location. The groups experimented, tested and adjusted, looked over their shoulders at what others were doing and then eventually celebrated as their robot performed the task perfectly.

And do you know what? It felt really good.

Read Do you know your students’ hopes and dreams?

Student voice: We must do more to empower teachers

Student voice: we’re creating an entire generation of people who’ve been brought up not to ask questions