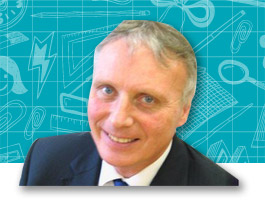 SSAT extends warmest congratulations to all schools, teachers and students for their outstanding work in achieving examination successes this summer. Alongside the rigour agenda on which government changes have concentrated, schools continue to get better and better at getting the best out of their students. Curriculum design; the quality of teaching and learning; the work done outside the classroom; the care and support for students and their families; the professionalism of teachers; and the ever higher expectations of young people have ensured that schools are continuing to make all-round improvements.

In the context of significant changes to what young people have to learn, how they are tested and how schools are measured, large numbers of schools have not only managed to maintain their high standards, but have even improved on last year’s figures.

The changes have included:

As Ofqual indicated in its open letter to schools on 26 June 2014, the changes in what subjects were studied, what young people learned and how they were tested was inevitably going to have an impact on examination results. Some schools would experience little change while others would be more significantly affected. Those schools which had made major changes in their practice were most likely to be adversely affected, while others would be less likely to experience any dip.

‘Schools that have made significant changes to their entry patterns are likely to see more variation in their results than others. This also means that comparisons between the national picture of results in 2013 and 2014 should be approached with caution, as you will not be comparing like with like.’
G Stacey, Ofqual, 26/06/14

However, although it is still too early to tell for sure, the first signs are that confident and strong schools have been less affected by the changes and the consequent dip in results than more fragile schools. This certainly bears more careful analysis. Is it the case that successful schools have held a steady course and therefore seen little change in results, while those with low performance levels, charged with effecting a radical improvement in standards, have made more changes and are therefore more susceptible to a dip in results? Is this a case of less confident schools, as so often happens, being more vulnerable to the effects of curriculum and assessment changes?

Schools which have a low ability profile, serving disadvantaged communities, have addressed the needs of their circumstances through a variety of strategies, and they may be at greater risk of seeing a fall in results. This in turn may lead, if we are not careful, to a spiral of turbulence, dissatisfaction, greater barriers to success, and lower results in time to come. As one school leader has told us:

‘We are still reeling from the shock. English down 17% and A*-C with E/M down 10%. Totally unpredicted.’

Of course, this is not universally true. There are, happily, schools at all points of the performance spectrum which have achieved staggering outcomes for the young people.