Bill Watkin, Operational Director SSAT, picks out the key points – and offers some grounds for optimism…

On 3 November, the Secretary of State announced a review of assessment in primary schools. She explained that this was part of her strategy to support greater rigour. Nicky Morgan

In September, Ofsted published Key Stage 3 – the wasted years?. The report takes a critical look at teaching in Years 7, 8 and 9.

Schools Week offered a helpful list of the key points in the report, including:

On 27 October, Sir Michael Wilshaw published his first monthly commentary, looking at the improving performance of primary schools, ‘and how these need to be carried through to our secondary schools.’

So, the improved performance in primary schools is attributed in part to an emphasis on the teaching of synthetic phonics (not everyone would agree that this is the panacea that we would like it to be), and the terminology and rules of grammar (not everyone would agree that being able to identify a subjunctive or a relative clause will engender a love of language, or even a facility with it).

Some teachers and pupils in KS2 are wrestling with the new grammar expectations that are supposedly linked to improvements in writing and communications. Sample test questions include:

There are two particular problems to address, it seems to me:

1
Secondary teachers too often do not know the content of the KS2 curriculum and do not have an opportunity to work with primary colleagues to ensure a smooth transition.

DfE’s decision that pupils who do not do well enough in their KS2 SATs will have to resit them in Year 7 is due to be in place by September 2017 (though a consultation is due to be launched in early 2016). There are many risks attached to this, not least of which is a reinforced focus on a narrow curriculum (reading, writing, maths), probably at the expense of a broader curriculum (technology, art, drama).

This, it seems to me, is an ill-conceived strategy, with very little going for it. However, there is likely to be one unintended and beneficial consequence: Y7 teachers, who will be charged with teaching the KS2 curriculum for the less able in Y7, and with preparing them for the SAT resits, first in the Spring and then, if necessary, again in the summer, will now have to really know the KS2 curriculum.

2
Secondary teachers are not aware enough of the greater rigour and higher standards now expected of primary schools and are not adapting their secondary curriculum accordingly, in preparation for the new more advanced Y7 intake. 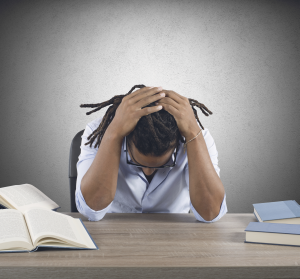 As pupils leave primary schools having followed a more demanding, rigorous and challenging curriculum, secondary teachers will have to refine their schemes of work and raise their expectations of the pupils if we are to avoid taking a step backwards at the start of KS3.

As a French teacher for most of my working life, I have very often been faced with a brand new class at the start of Y7. I would always start by asking them, with some trepidation, who had studied French at primary school.

Inevitably, half the class would put their hand up. So there I was, faced with 30 11-year-olds, of whom 15 had done four years of French in primary school, while the other 15 may have never heard any word of French before.

So how should I approach this class? How could I teach such a mixed group? Of course this will be less of a problem in the future, now that languages are compulsory throughout KS2.

Well, I hang my head in shame and confess that the way I dealt with it was to assume that the pupils had not been taught properly in primary school, so we would all start from the beginning. Absolutely appalling, I know. But quite convenient.

Curriculum transition can be more effectively handled if secondary and primary teachers learn from each other and share knowledge, skills and strategies; if there is a greater degree of information exchange and trust. And my main grounds for optimism here are these: 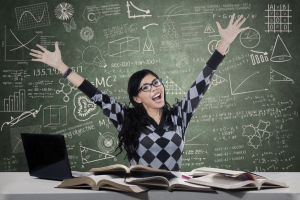 2
KS3 teachers will have to learn how to prepare Y7 pupils for a KS2 resit; this means they must become familiar with the content of the KS2 curriculum and tests (see above).

3
The new and more demanding GCSE specifications will require secondary schools to make the most of every learning opportunity, from the very start of Y7, and to avoid underestimating new cohorts’ standards.

4
Teachers are writing new schemes of work and developing new materials and resources right now (see recent Smestow School case study). They have an ideal opportunity to work towards a more seamless transition from one key stage to another.

Tackling homo, bi and transphobic language can be difficult for many teachers… but it’s essential that we do

Raising the bar at St John the Baptist