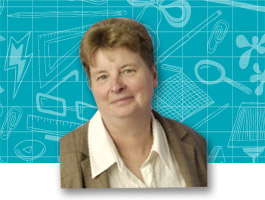 I am a teacher of history by trade and passionately believe that history is a discipline all young people – whatever their ability – can enjoy and benefit from. At my PGCE placement school, the Head of History, Mavis Herring, taught history by telling stories. The students were totally engaged and fascinated by the subject. I could not copy her style, but always encouraged students to be history detectives and use primary and secondary sources to solve problems.

I became a history detective for real a few years ago when my partner’s elderly aunt was worrying that the family had never found out what had happened to her husband’s brother – Corporal Frank Nesfield – who had been killed in the 1st World War. She said that he was killed near the end of the war and that he had been blown up and his body never recovered.  His name was probably on the Mennen Gate. We decided to find out Frank’s story.

Our search got off to a very good start. The Commonwealth War Graves Commission had just put details of all war graves on their website. I typed in Frank’s name and his regiment – the King’s Royal Rifle Corps – and the database revealed:

In seconds, we knew he had a grave and he was killed at the beginning of the war not at the end, but how had we died?

For the next year, we searched war records, went to the public record office at Kew, wrote to the Red Cross, visited Frank’s regiment’s base in Winchester, and travelled to France a number of times.  We discovered that on 11 August 1914 the King inspected Frank’s battalion and on 12 August they sailed to Le Havre – “2,313 officers and men and 140 horses.” Frank was engaged in the retreat from Mons as well as a number of skirmishes and marched some 324 miles. The battle of Troyon started on 13 September and we believe that Frank was wounded on that day and died from his wounds on 14 September. 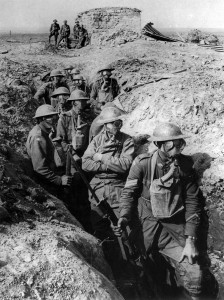 It seemed strange to us that he died at Troyon and was buried in Boulogne – miles away. We went to the scene of the battle and noted that near the battlefield was a British military cemetery where the casualties of Troyon were buried. Why not Frank? Further research led to us discovering that he had originally been buried in a communal grave with five other soldiers in Laon (St. Just) Communal Cemetery. In 1914, Laon was held by German troops and the evidence points to Frank being taken from the battlefield to a German first aid shelter where he died.  In 1973, when the cemetery at Laon could no longer be maintained, Frank’s body and those of his comrades were reburied at Terlincthun. We will never discover the full story as RAF bombing raids in the Second World War destroyed many of the records held by the German army. However, even if the records had survived it is highly unlikely that there would be any reference to the death of an individual soldier – the war diaries only note the deaths of officers and with little detail.

As a history teacher, I had some knowledge of the first world war, but trying to discover Frank’s story gave me a much greater insight into the lives of the soldiers before the horrors of trench warfare – the endless hours marching, sharing travel arrangements and water supplies with the horses, and the chaos of the battlefield. By spending time at the public records office, we could read the first hand accounts of the participants.

SSAT is constantly arguing for students to be set real life problems – there may not be a straightforward answer, but the challenge of finding solution promotes so many attributes. We also need to think about the time we allocate to tasks – not everything can be solved in an hour. If our education system is to produce young people who can work in a global context, we must promote skills such as problem-solving and critical thinking. We need to give them a thirst for knowledge and a desire to find out more. No matter how much time we allocate to history or any subject on the curriculum, we will never study it in sufficient depth.

I’ll never be a good storyteller like Mavis Herring, but I hope this acknowledges the contribution of an ordinary 23-year old man in one of the major events of the 20th century.