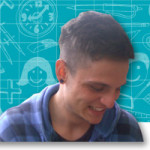 Two in eleven months, and then three in two days – fire alarms at Central House, Islington in the second week of September. That isn’t including the three false alarms that were heard throughout the following week by the early office-arrivers. Having a top-floor (penthouse) office in Islington does have its plus points – a nice view of the Shard, no heavy footsteps heard above, and occasionally a nice breeze through the narrow-opening windows. The negatives – ten flights of stairs and a lift only big enough for four people or, should certain environmentalists be proved correct and London does flood in centuries to come, a brace of well-fed adult sea-lions.

I’m told this pales into insignificance when compared to the treacherous expedition undertaken by SSAT staff during a fire alarm at Millbank Tower (pre-Central Street HQ). I’ve heard many different claims, from the fourteenth to the forty-fourth floor. However, I am assured that if a fire alarm did go off, you’d better hope someone risked their skin and remembered to grab the travel Connect-4 – you wouldn’t be returning for a good hour. 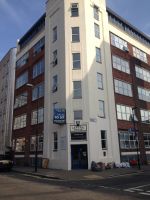 Holding the staff register during such exercises at our new base is the job of SSAT Facilities Manager, Andy McEwan. It’s down to Andy to make sure we’re all present and accounted for, at our muster point down the street towards City Road. I do not envy Andy’s job as the staff register here is constantly changing. This isn’t because people are bad at their jobs, it isn’t because people are desperate to leave their jobs. It is because, unfortunately, SSAT staff are recognised as being some of the very best in the business – there are always offers on the table to prise them away. It is also because we recognise when, where and how we need to strengthen an area of the business in order to keep providing schools with a service that gives them tangible results in their quest to become even better.

And so, we’ve identified the need to really drive forward our Student Impact work – Chris Smith has joined us as Student Impact Coordinator and will be working with schools and students throughout the academic year, providing a range of development and training opportunities. Chris takes the position of Tom Middlehurst, who has begun his role as SSAT Head of Research. Tom is also managing the content of this this year’s national conference.

Claudette Nyland has joined us as HR Business Partner. She has helped implement a new way of working. The emails sent on Saturday afternoons hint at the amount of work Claudette has had to get through since she started at SSAT – it is hugely appreciated and the changes she has led will stand the company in very good stead for the future. 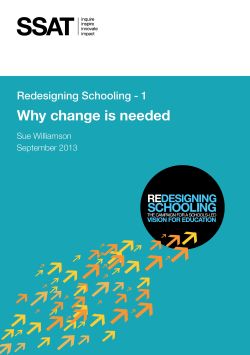 This week, we are meeting candidates who have applied to become part of our marketing team. We are hoping to add two members of staff to support our Head of Marketing, Jane Birbeck. Jane, amongst many other things, is currently coordinating our Redesigning Schooling pamphlet series – the first of which is available to buy now. As a result, a little support is needed for our various other marketing activities.

Whilst we add staff in some areas, we lose others across the company. At the end of summer we said goodbye to Kirstie Andrew-Power, who takes up a post at Bay House School, Gosport. Kirstie was with SSAT for a number of years and took charge of the company’s membership work in the months after the establishment of the new company in Spring 2012. Her enthusiasm and constant positivity is missed but we wish her the very best as she embarks on her second in-school career.

We also welcome back our ICT Development Manager, Glyn Barritt after four weeks ranch-sitting in the Nevada valleys. For a lady who is so passionate about new technology, a fifty-mile drive to the nearest Wi-Fi hub was a shock to the system! A lack of internet meant Glyn wasn’t able to continue her role as the @SSAT Twitter account manager throughout September, we (and probably you) are glad it is once again in her safe hands. Although, as I write this, we appear to be Glyn-less once more – jet-lag may have caught up with her.

So, all present and correct as we set sail for the National Conference on 5-6 December in Manchester. Captain Williamson, and all at SSAT hope to see you there – savvy?

Pamphlet 1 – Why change is needed