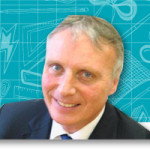 The announcement by the Secretary of State on Sunday has reignited the debate about early and multiple exam entry strategies and the accountability framework. Although the consultation about school accountability closed in May, the DfE has not yet announced its final decisions on league tables and how schools are to be measured. But Ofsted has produced its report, strongly discouraging the practice. And the Education Select Committee shared a paper in which the statistical case for the argument was presented: students do not generally make good progress between early entry and re-entry, so why do it? It slows students down, is not good use of school budgets, and so on . . . As a result, the practice of early and multiple entries has been increasingly frowned upon in certain circles.

So the new announcement is not altogether surprising, given the context. However, what has caused some surprise is the way in which school leaders found out (an article in a Sunday newspaper – even officials at the DfE appeared to be caught on the hop and an announcement on the website was only posted later on Monday, confirming some of the detail of the new rules).

The timing of the announcement was disturbing to many: before the final accountability framework is announced and within days of the November examination series – leaving very little time to make decisions about the current Y11 and communicating that decision to students and parents. The new rule is to be applied to the current Y11 – mid key stage – rather than the current Y10, who have just embarked on their courses.

In November 2012, Ofqual’s Glenys Stacey said: ’we must be clear at the outset of the standard to be set, and about how it is to be set and to be maintained.’ But if that is so, how can the following be explained?

School leaders are not averse to change and constantly seek rigour and ambition in educational standards and better outcomes for young people. But sudden and piecemeal changes of the sort described do nothing to help raise standards. So the rapid emergence of strong opinion from educationists objecting to the proposed new rules about early and multiple entries are not surprising. Nor are strongly held views on more viable alternatives. School leaders are determined to do what is best for their students and will accept a level of risk to their league table standings.

The decision to enter a student early (whether to increase motivation levels, or to establish progress made and intervention needed, etc) is generally taken in the best interests of the young person. So why change that practice now? One headteacher said, ‘I have always believed that the interests of the school and the interests of the students were the same – until today. Now it seems we have to choose.’

So a commonly expressed approach is to go ahead with November entries and take the hit on the league tables because the interests of the child should come before those of the school.

Another view focuses on the possibility of entering a learner for more than one exam in the same season (next summer) for a single subject (eg iGCSE, as well as GCSE in, say, English), on the understanding that both student and school can record the best result, if still only the first. ‘We certainly will not be making any decisions here about examination entry based on league table performance,’ adds another headteacher. ‘Getting the best outcomes for our young people will be the sole criterion as far as we are concerned. We will live with the consequences, whatever they are.’

An alternative arrangement has been proposed by a third headteacher: adjust this policy so that the best of two attempts can be counted towards performance tables. Schools would then be able to plan strategically for their entire cohorts and, where individual students may benefit from taking an examination more than once, they will be encouraged to do this. If only one attempt counts, some schools are likely to revert to a terminal examination at the end of year 11, which is likely to disadvantage vulnerable students.

Other schools might use early entry to ease the pressure on students whose performance might otherwise suffer from sitting too many examinations at once. As the third head pointed out, ‘it is unlikely that two attempts will undermine the robustness of the system but it is likely to support our drive to ensure as many students as possible reach the minimum required standard in core subjects.’

Schools with the best ambitions for their students have used early entry successfully for some years, when judged appropriate by reference to progress measures and the needs and abilities of particular students. As the headteacher above puts it: ‘All students continue to study English and maths to the end of year 11 and are passionate about achieving the next grade up from their early entry grades. Progress measure gains are outstanding in English and very good now in maths.’

Many students would not achieve their best grade without the earlier experience of taking the exam, seeing how well they did, receiving feedback and then refocusing on areas for improvement. This is not ‘gaming’ or ’cheating’, but a sophisticated strategy which involves teachers, students and parents working together to maximise learning potential, examination outcomes and progression routes post 16.

Most crucially, as this school leader points out, students at risk of disaffection who achieve an E or a D in early entry can become very focused on improvement. ‘Those who achieve their C in one or the other English, or in maths, gain confidence in the other subject(s). My fear is that with this approach removed we may revert to a situation where students drift away from schools in their year 11, as they once did. Early entry has had an enormously positive impact, where used ethically, as we have, in removing disaffection.’

SSAT continues to work with all its members to ensure that expert and practising education professionals are able to apply their own best judgement, and to work collaboratively to influence the shape of our education system. Assessment and accountability are key pillars in the Redesigning Schooling debate, and the need for change is articulated in the newly published first pamphlet in the series.