Login with SSAT ID
Lost your password? Need to register?
12 July 2016 By SSAT 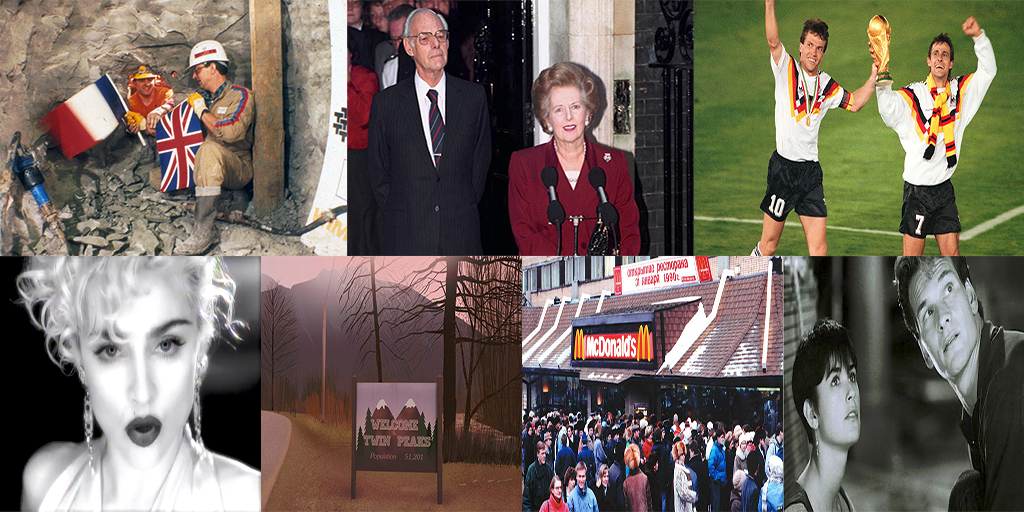 After over two years of tunnelling, French and British workers met in the middle underneath the channel on 1st December. The Channel Tunnel becomes the first link between the UK and Europe in 8,000 years.

After withdrawing from the second round of voting during the Conservative party leadership election, Margaret Thatcher goes on to resign her position as party leader on 22nd November.

For the third time, West Germany win the FIFA World Cup. Rome’s Stadio Olimpico is the scene of their 1-0 win over Argentina on 8th July.

Taken from Madonna’s second soundtrack album, Vogue is released on 20th March and would go on to be named as one of “500 Songs That Shaped Rock and Roll” by the Rock and Roll Hall of Fame.

The pilot episode of American serial drama Twin Peaks is broadcast on 8th April. In October 2014, it is announced that the hugely popular show would return to TV screens in 2017.

Huge queues of people gather on 31st January for the opening of the American fast-food chain’s first branch in the Soviet Union.

A programme to support students with autism

Surviving and succeeding in the first year of teaching: How can I seem as if I have been teaching for years?