Login with SSAT ID
Lost your password? Need to register?
13 July 2016 By SSAT 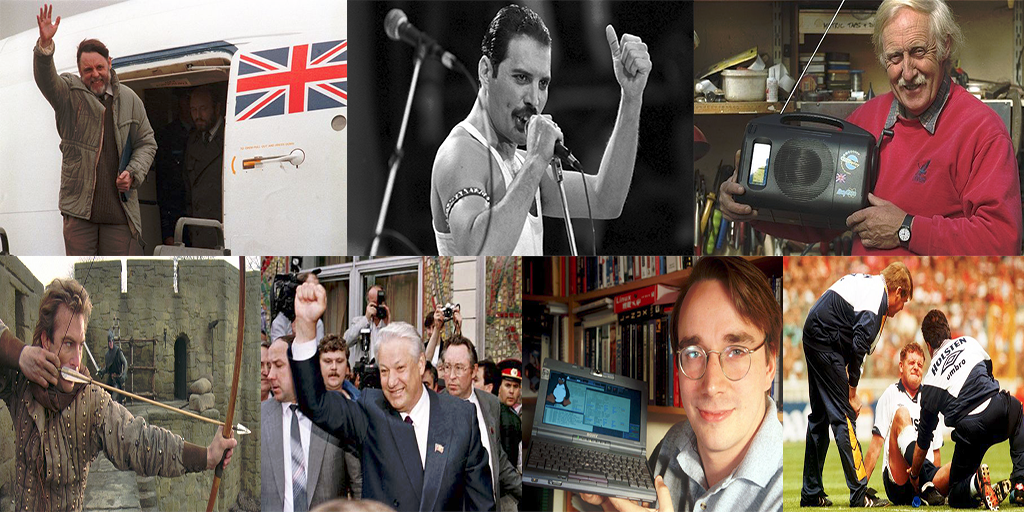 Terry Waite, an envoy for the Church of England, is released from captivity in Lebanon on 18th November. He had been kidnapped during an attempt to secure the release of four hostages, including the journalist John McCarthy.

On the evening of 24th November Freddie Mercury, lead vocalist and songwriter of the British rock band Queen, passes away at his home in Kensington, London. Mercury would be voted as the greatest rock singer of all time by Classic Rock magazine in May 2009.

English inventor Trevor Baylis invents the wind-up radio, filing a patent the following year. He is awarded the Commander of the Order of the British Empire (CBE) in the 2015 New Year Honours for services to intellectual property.

Robin Hood: Prince of Thieves. Released on 19th July, the blockbuster would become the second-highest grossing film of the year. English actor Alan Rickman would go on to win the BAFTA Award for Best Actor in a Supporting Role for his performance as George, Sheriff of Nottingham.

Four years after becoming the first politician to resign from the politburo, Boris Yeltsin is elected on 12th June to the newly created post of President of the Russian Soviet Federative Socialist Republic (RSFSR).

Just minutes into the FA Cup final on 18th May between Nottingham Forest and his team Tottenham Hotspur, England’s Paul Gascoigne fouls Forest’s Gary Charles – rupturing a cruciate ligament in his right knee in the process.

Surviving and succeeding in the first year of teaching: How can I seem as if I have been teaching for years?

Fun tips to engage the unengaged – and boys!