Login with SSAT ID
Lost your password? Need to register?
15 July 2016 By SSAT 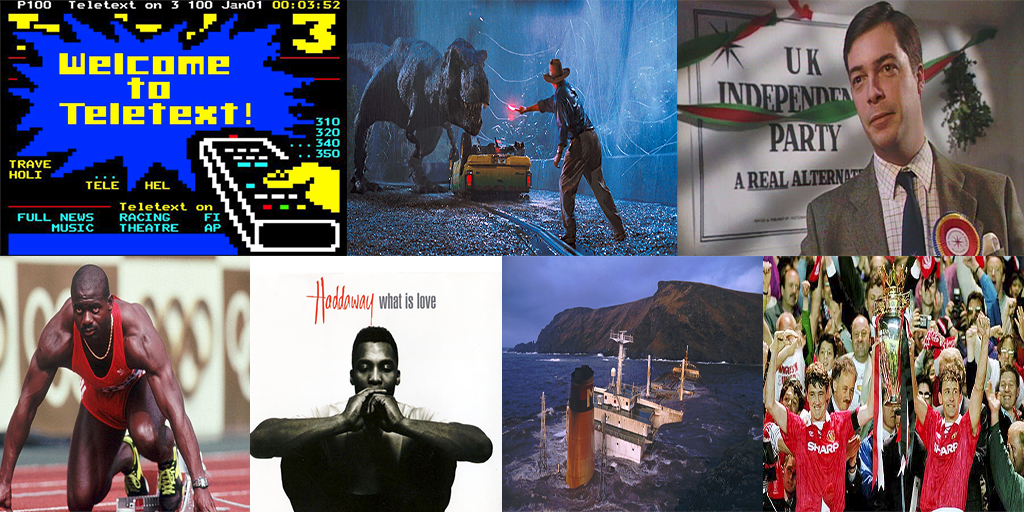 Founded by Alan Sked in 1991 as the Anti-Federalist League, UKIP adopted it’s current name on 3rd September. At the 2015 general election, the right-wing party gained the third-largest vote share and one seat in the House of Commons.

After failing a drugs test for a second time, Canadian sprinter Ben Johnson is banned from athletics for life on 5th March. Johnson’s first positive test had seen him stripped of his gold medal won at the 1988 Olympics in Seoul, South Korea.

Haddaway’s What Is Love – taken from the artist’s debut album – is released on 8th May. Peaking at number 2 in the UK and Germany, it hit number 1 in thirteen other countries.

At 11.19 on 5th January, the Canadian-operated oil tanker MV Braer runs aground at the southern tip of the Shetland Islands. A steering group set up to investigate the accident concluded that, due to the type of oil involved and the favourable weather conditions, the overall impact of the spill had been minimal.

Schools to have joined SSAT in 1993, and still be part of the SSAT network, include: