Login with SSAT ID
Lost your password? Need to register?
16 July 2016 By SSAT 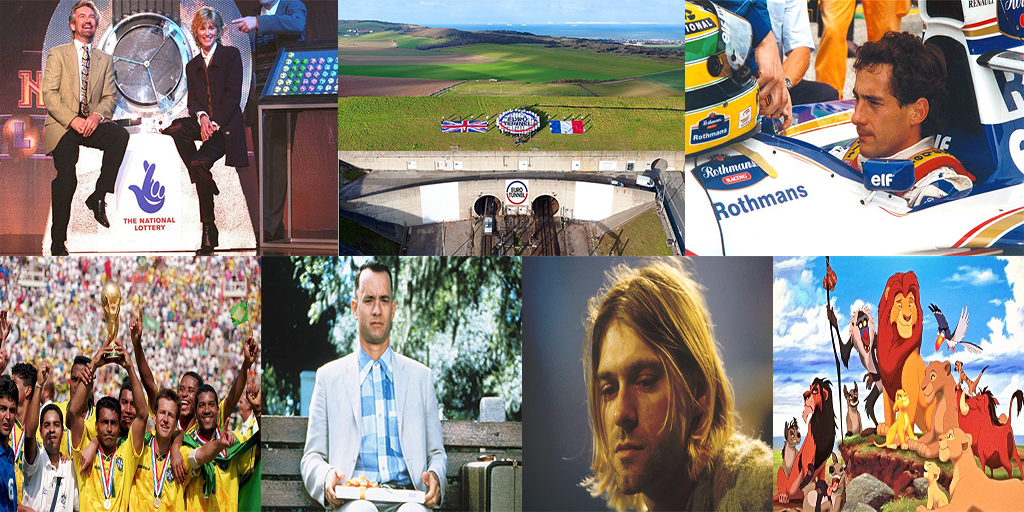 First draw of the National Lottery

During a TV programme presented by Noel Edmonds on 19th November, the first draw of the National Lottery is held. Seven jackpot winners shared a prize of £5,874,778.

After six years of construction and an expenditure of £4.650 billion (equivalent to £13 billion today), the Channel Tunnel is officially opened by The Queen and France’s President Francois Mitterrand.

While leading the San Marino Grand Prix, Williams’ Brazilian driver Ayrton Senna loses control of his car and crashes into a concrete barrier. He sadly passes away hours later.

On 17th July in Pasadena, California, Brazil beat Italy 3-2 on penalties to lift the 1994 World Cup. The competition had opened on 17th June at Chicago’s Soldier Field, Diana Ross missing an open goal in the process.

Kurt Cobain, lead singer of the American rock band Nirvana, is found dead at his home in Seattle on 8th April. The official cause of death is recorded as suicide.

King of the jungle

Disney’s 32nd animated feature The Lion King is released on 15th June. The film goes on to win two Golden Globes, two Academy Awards, and (as of 2016) is the highest-grossing hand-drawn animation of all time.

Schools to have joined SSAT in 1994, and still be part of the SSAT network, include: