Login with SSAT ID
Lost your password? Need to register?
19 November 2014 By Guest

Hanson Academy in Bradford recently found itself catapulted into the headlines over a decision to send home over 150 pupils for arriving at school in dress that breached the school’s uniform policy. In this guest blog, SSAT member Liz Churton reveals the inside story, the principles that guided her stance, and the impact that has been felt across the school community since.

Whether school uniform makes a difference or not became a national focal point earlier this month due to our decision to send our students home for not conforming to our uniform policy.

Am I surprised? Surprised that our actions attracted such an enormous national interest; quite frankly, yes!

I’m surprised at the degree of the reaction – both positive and negative – that we provoked as a school from people right across Great Britain; not just from parents and teachers, but from a real cross-section of professions, ages and cultural backgrounds. 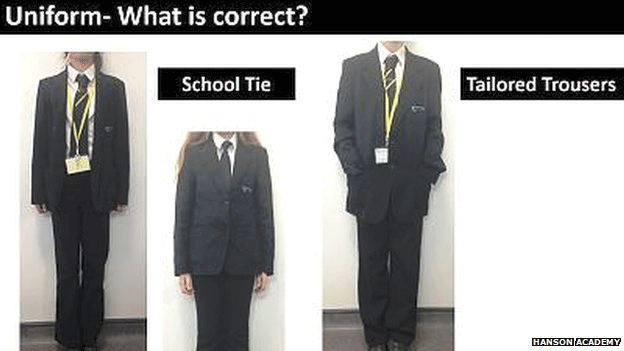 I am even more surprised at the international interest which we are still receiving after the event. It’s not as if we went out of our way to ask people about their opinions; and these people continue to make the effort to ring, text, email or write letters to the school to express their deep felt sentiments.

Antagonism, support, pride and congratulations regarding our actions continue to stream in.

However, now that we have had time to get over the media storm that took over our professional lives during the initial first week of our actions, we are beginning to reflect on this flood of public responses.

It has taken us a while to process this because, as with most schools, we do not have a dedicated team for handling the media. However, we are now able to reflect on what the initial fuss was really about and also what it has developed into within our community.

There are indications that the enforcement of our uniform policy is having a positive effect on teachers’ classroom confidence, as well as improving levels of discipline and respect across the school.

In the early stages of our actions and the initial responses from the media, it appeared that the nation was divided into two equal halves in their views on the importance of school uniform.

Our immediate community and the general public were either for or against what we were doing. While being fed images of our uniform policy and interviews with parents and students, those who expressed negative sentiments perceived the issue as being about our ‘obsession’ with whether our students had the right or wrong shoes. 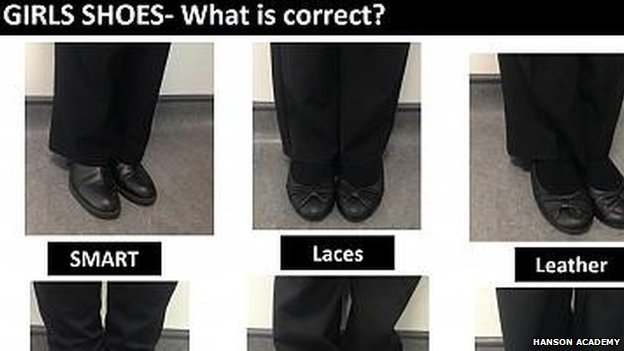 Many commentators told us that we were looking at the wrong things and that this was a ‘distraction’ from the real business of a school; that society had ‘moved on’ and so why were we wasting our precious time focusing on such ‘draconian’ measures rather than on the education of our students?

On the other hand, those commentators who congratulated us on the strict reinforcement of our uniform told us that they were ‘proud’ of seeing a school holding fast to its rules and expectations – they believed this would help teach our youngsters the importance of ‘conformity’ and how important it is in our increasingly divided society.

An emerging story of community identity and its relationship with schooling

What the reports failed to recognise, however, was that for us as a school which has struggled for years to engage our community in policy, practices and its core purpose, the main focus of the story was transforming rapidly.

The story was becoming less about the suitability of specific shoes or trousers, into a story about how a community thinks and feels about its own identity and what it perceives is the purpose of education and of its local school.

While regional and national media reported the declining numbers of students sent home each day for breach of our uniform policy, or zoomed in on our understanding of what constituted a trainer or a shoe, my leadership team, my front line administration staff and I had started engaging with members of our community in ways that were becoming more and more meaningful.

The story was becoming less about the suitability of specific shoes or trousers, into a story about what it perceives is the purpose of education and of its local school

The media understandably failed to recognise its role as a catalyst for community development. As increasing numbers of camera crews and reporters arrived we watched a metaphorical mirror wrap around the school, reflecting our community across the nation. 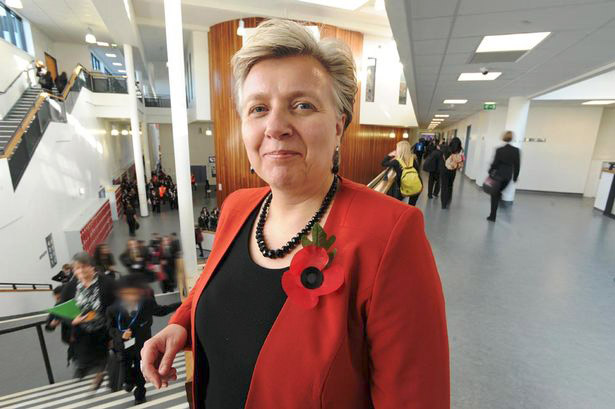 As school staff and the local community watched themselves on regional and national TV, they became more stirred to communicate their thoughts and feelings.

They became more motivated to stand up for what they believed in; more clear about what they expected from their local school; more concerned about how they were being represented by other staff and other parents and carers, and more interested in how the school was being represented by the local and national media.

How do we see our community; through an investment or deficit model?

We do have a story to tell about the importance of uniform, school rules and student conduct, and behaviour for learning. There are indications that the enforcement of our uniform policy is having a positive effect on teachers’ classroom confidence, as well as improving levels of discipline and respect across the school.

However, the more potent story that is emerging is the importance of the relationship between our school and our community. The questions we are now debating consider our actual purpose as a school.

What does it take to make a community take an interest in one of its most important resources? What does it take for a school to unlock the creative potential of its community? Why are so many of our secondary schools still so estranged from the communities they serve? We don’t have the immediate answers to these questions, but the fact that we are now discussing them with each other and with more members of our community is the best possible result we could have hoped for.

Last week I talked with a small group of mothers who tentatively accepted an invite to meet me and a handful of colleagues. Even after demanding to see the principal during the previous week’s media frenzy, it took quite a lot of cajoling over the telephone – mostly by my PA – to persuade them to come in for an open and transparent conversation.

Why are so many of our secondary schools still so estranged from the communities they serve?

At the beginning of our zero-tolerance initiative, this same group had set up a Facebook group entitled ‘Boycott Hanson Academy’. As the week went by and as we communicated with those involved, the title of the page changed to ‘Parents of Hanson Academy’.

At the end of the meeting, they admitted that if I had asked them a few weeks before if they were interested in setting up the Hanson PTA, they would have answered ‘thanks, but no thanks’.

It has taken a brief chat with Harry Gration on the Look North sofa, a slow national news day, BBC camera crews, and a mention on ITV’s ‘Loose Women’ to instigate a dynamic and meaningful dialogue between the school and our community.

So what are we learning from this?

We are a larger-than-average secondary school serving an area of Bradford within the most deprived 10% of local authorities nationally. In our community, nearly 1 in 3 people of working age are out of work, and average earnings for those in work are lower than the regional and national averages.

We could continue to base our view of our community on a completely deficit model, which considers the local community as a drain on our resources.

Or, we can view recent events – and the reaction to them – as an opportunity to invest in our future and to recognise our community for the vital resource that it so obviously is.

Why can kids pass tests, but then fail in life?

A blog to Finnish the week