As we enter 2016 the countdown to the brave new world for schools in Wales gathers pace. The prospect of an independent examination and assessment system and an exciting and innovative curriculum, for the first time fundamentally different from that on offer in England, is beginning to become a reality.

This is an exciting but challenging time for school leaders and it is easy to become inward looking at these times.

However it is important to be aware of what is happening beyond Wales’ borders and particularly in England, where it is also a time of great change in examination, assessment and curriculum.

Terms such as ‘Progress 8’ and ‘Attainment 8’ are now the key performance indicators that will cause school leaders in England sleepless nights. Whether they have arranged for the correct subjects to sit in the correct ‘buckets’ to maximise the school’s performance is a complex task that I believe Welsh leaders will be happy they don’t have to grapple with this year.

Schools everywhere are continuing to be judged by ever changing criteria

The important but controversial Ebacc is a very different animal than our revamped baccalaureate, focusing as it does on performance in a limited number of subjects rather than the Welsh Bac, which is providing a genuine opportunity for Welsh students to demonstrate their wider skills and abilities.

The Welsh Bac combines experiences and projects that helps students to develop as individuals. It helps equip them for their next stage in their development, for work, university and for life itself.

Whereas in Wales the opportunity exists to contribute to a new freed-up national curriculum for meeting our students’ future needs, the curriculum offer in England can appear to be being increasingly squeezed, with arts subjects in particular under great pressure, as their contribution to the new key performance indicators is very small.

For professionals working in schools near to the border, it can be quite a challenge to keep abreast of these differences between England and Wales.

For parents living in these areas, looking for the schools that will best prepare their children for the futures that await them must be bewildering and at times overwhelming. 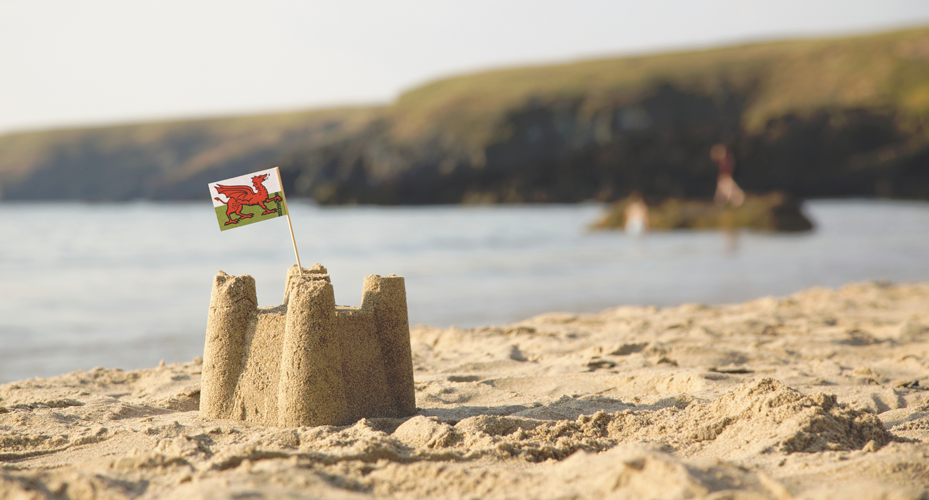 And for those embarking on their teaching career or perhaps looking for the next step in their development, considering a move to a school across the border (in either direction) now appears daunting and potentially limiting to their future options as the two systems become increasingly diverse.

This may well impact particularly on schools near the border in Wales that already have difficulties in attracting high quality applicants for teaching and leadership positions.

Along with the great uncertainty over the future direction of the beleaguered ITT provision in Wales, recruitment is sure to be an increasing concern for school leaders across Wales in the coming year.

However at secondary level in Wales, apart from the opportunity in some areas to select a Welsh medium or a faith based school, essentially all children are offered a mixed community comprehensive school under local authority control.

Outside of urban areas, realistically the children will often have no choice but to attend their local school. Meanwhile, across the border parents are presented with a myriad of school types to choose from.

Is it a local authority community comprehensive or a faith school? Or is it an academy? If it is an academy is it part of a multi academy trust? Is it a free school? Or a studio school?

In many areas the choice could still include a selective grammar school. Also unlike Wales, there is often an extensive private school offer for some to consider.

But what about teaching and learning?

This focus on school systems rather than what goes on in the classroom can be seen by many as a distraction from the core business of teaching and learning. It is well known that in-school variation in achievement is of far greater significance than school-to-school variation.

So maybe Wales is right to maintain its focus on a community comprehensive provision for all, even if it may be argued that it is at the expense of parental choice. The clarity of the Welsh Government’s ‘My Local School’ site does at least ensure that all parents and other stakeholders can access a comprehensive and understandable picture of their local school’s data over a number of years. This is not always so clear for those in England.

However this is not to say that there isn’t a focus in many schools in England on teaching and learning. Several schools across Wales are now engaged in the high impact TEEP (Teacher Effectiveness Enhancement Programme) provided through SSAT that has proved to be so successful across England.

Maybe Wales is right to maintain its focus on a community comprehensive provision for all, even if it may be argued that it is at the expense of parental choice

It was interesting to read an article in the latest SSAT Journal from an iNet Developing Leader at Ysgol Emrys Ap Iwan, describing their TEEP experiences.

However it is disappointing to recall the fate of Wales’s own pedagogy strategy on which a number of us worked several years ago. As a member of the pedagogy champions team I recall that TEEP in its earliest form was one of the many elements that we were seeking to incorporate into the strategy. Sadly, funding issues and competing initiatives led to the strategy’s curtailment, which may now be seen as an opportunity lost.

So interesting times lie ahead in the brave new worlds of these two diverging school systems. It would be naïve to believe that our relatively small education system in Wales will not be buffeted by the impacts of changes from our much larger neighbour across the border.

School leaders from across Wales, not just those in the border areas, should be mindful of the extensive changes and developments in England – not just out of curiosity, but to be aware of the inevitable consequences these will have for schools in Wales.

Indeed, we should be looking not just to England but to any education system that may have implications for our own: from which we can learn, hopefully to avoid their mistakes and adopt or adapt the strategies that can work for us.

SSAT members can download all editions of the SSAT Journal for free here.

Share on TwitterShare on FacebookShare on LinkedIn
Tagged with: iNet

A period of calm and stability – latest update