Login with SSAT ID
Lost your password? Need to register?
28 October 2014 By SSAT 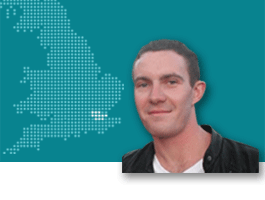 Tom Middlehurst, Head of Research SSAT, gives a personal reflection on what ‘the intelligent hand’, one of the themes of this year’s National Conference, means to him.

Last week The Edge Foundation celebrated its ten-year anniversary at its Annual Lecture. Lord Baker, a speaker at the SSAT National Conference in December, began the lecture by introducing Matthew Crawford. Crawford is a former philosophy lecturer and head of a Washington DC think tank, but gave it up to become a motorbike mechanic after noticing that his thought processes when fixing a bike were remarkably similar to those when he was working through a logic puzzle.

Crawford made a convincing argument for practical learning and vocational careers. He suggested that progress has given us less and less control over our physical environments: everything is planned and regulated. This in turn, he argued, has led to learned helplessness in which we lack individual agency to lead ourselves.

But through ‘tinkering’ with ‘stuff’, in Crawford’s words, we can begin to make sense of the world around us and understand why things work as they do. It’s unsurprising then that some research shows plumbers, engineers and mechanics feel far higher job security than middle-managers in offices. Why, then, as a society and an education system, do we not perceive manual labour as a credible and respected option for school leavers?

Crawford pointed out the economic motivation for working with your hands. We all know, and many of us may have told students, that their future prospects are significantly better if they go to university. Well, yes; on average. But saying this as a blanket statement is a blatant lie to young people. It entirely depends what is studied at university.

On average, a mechanic in the UK or the US earns three-times more than a sociology graduate over the course of a lifetime. Parents are beginning to see that a university education is not always the best way to secure career prospects.

But most strikingly, Crawford made the case for the intellectual and moral motivations for manual labour. From his own experience, he notes that when he’s working on a tricky problem on a bike, he thinks far more deeply and far more broadly than when he was chief executive of a think tank!

Crawford suggested that many of us who work in offices or other white-collar industries go through a sort of virtual life: and that young people are being born into a world like this. Is there a danger that they could pass through school, through university, through a career, and eventually die; leaving no trace of themselves in the world? Whereas those who work with their hands produce something that is real and authentic. His conviction is that there is a profound beauty in manifesting oneself in the world through manual labour.

I’ll be completely honest… I am not, and never have been, a practical man. I’m reminded of a time some years ago when I took my car into the garage; a situation I dread as my lack of technical awareness will be revealed for all to see. On this occasion, the mechanic, enquiring about my tyre pressure, asked what went in my tyres. I thought about this for a really, really long time, far longer than was comfortable. Eventually, I knew I’d have to give an answer: ‘Hmmm, well, I’m not really sure … but I think it might be … air?’ It took a few moments for the mechanic to realise I was serious. ‘Well, um, yes, but how much?’ he asked incredulously. ‘Oh, I have absolutely no idea!’ I replied. And whilst I’ve dined out on this particular mortification since, it does, I feel, demonstrate my fundamental refusal to understand anything mechanical.

And yet, I was so moved by Matthew Crawford’s words, they’ve been playing on my mind ever since. That idea of manifesting yourself in the world is one that, up until now, I had never considered. But I am coming to think that perhaps without it, I am missing a core essence of what it means to be alive.

So what does this mean for schools? At this year’s National Conference Lord Baker will explore what the intelligent hand really means, looking at how pathways can be built within schools and across the system, to help young people realise their ambitions. This is not a case of providing for the kids who ‘aren’t clever enough for uni’. It’s about valuing vocational learning for vocational learning’s sake. At the conference, Lord Baker’s speech will be followed by a forum in which David Harbourne, director of policy and research at Edge, will interview students from schools across the country who are putting the intelligent hand into practice; and doing exciting things to progress their learning.

As for me being unpractical, I may not be ready to fix a car engine, but I may attempt to paint that wall rather than get a decorator in…

Find out more about the SSAT National Conference, 4-5 December, where Lord Baker, Edge Foundation and students will present on Thursday 4 December.

Are we educating children out of creativity?