Login with SSAT ID
Lost your password? Need to register?
3 May 2019 By SSAT

Alex Galvin, Senior Education Lead at SSAT, reflects on the leadership-based programmes and projects that she has successfully implemented into schools as well as her own work over the last decade.

How long have you been a senior education lead for?

I’ve been working at SSAT for a bit over 10 years now.

In addition to being a senior education lead, you are running SSAT’s Leading Edge network as well as leading curriculum for SSAT. How has your career transitioned into such a powerful role over the years?

I’ve had a really interesting journey at SSAT. I came to SSAT always having worked in schools. I was a History and English teacher, and then I was a senior leader in schools. I came to SSAT ten years ago, so it was a really steep learning curve to come and work somewhere like SSAT. Though SSAT works with schools, it’s a very different beat to working in schools. I always really enjoyed working in schools, but I fancied a different challenge. Since I came here, I’ve done all kinds of different things, which is one of the nice things about working at SSAT. It’s always really varied.

I’ve actually worked on Leading Edge in various capacities for the whole ten years, so I was helping out with Leading Edge and it was run by David Douglas at that time. I was helping him out with some of the content and planning. I previously ran a government-funded programme called Gaining Ground which was the first big project I had at SSAT. It started in 2009, and that was a programme to support schools that were considered to be not quite making the progress that they should.

A lot of my work here has been around school pairings, that’s what we did for Gaining Ground, and it’s a lot of what we do for Leading Edge: putting schools in touch, helping schools work together, helping schools work collaboratively. Personally, I really like the model of school-to-school working rather than ‘experts’ coming in to advise schools. I think schools have tremendous expertise and they’re often best-placed to gain the next stages they need through working together. But that’s quite hard to do when you’re working in a school. It’s a very busy place. It’s not always the easiest thing to reach out and make connections with other schools and so a lot of what I’ve done here has been around that.

I started working on curriculum about three or four years ago. That’s been really interesting;  obviously a period of great change in curriculum, a lot of new courses but also now with the new focus on curriculum intent, so we’ve done a fair bit of work around that. I think that’s an interesting area, and I think it gives schools a nice new lens through which to consider the reasons and principles behind their curriculum, which is very much where we come at it. We’re never about telling schools what they should be doing, we’re more about helping schools think about the questions they might want to ask themselves. Hopefully also giving them support in having the right conversations rather than us telling them what they should or shouldn’t do.

Schools have been heavily scrutinized in the media for their curriculum choices as of late. What is your take on the negative stereotypes surrounding schools and their choices in curriculum?

I think that there have been cases in which schools have been encouraged to narrow and be very cautious in their curriculum choices, but I don’t feel that that’s the school’s fault. I think that it’s due to the immense pressure that they’re under in other places— financially, in terms of accountability. I think instinctively, schools want to offer a broad curriculum. They always want to do what’s right by their students, and they’re the best people to decide what is right by their students. I think sometimes that accountability pressures and financial pressures make schools feel that they don’t quite have the flexibility they would like… certainly in the conversations that I’ve had with schools. It’s been much more about schools feeling frustrated and not being able to do what they feel would be in the best interest of their students. I don’t see it as a negative thing that schools are doing. I think the system has pushed that.

However, I’m really pleased that there has been this change of focus; to say: ‘let’s think about curriculum intent’, go back to basics and think about what the purpose of curriculum is… what’s right for that particular school. What comes with that is a recognition that there’s not one size fits all, and different curriculum models can be equally valid in different contexts. I think that we as an organisation welcome the focus on curriculum intent and think that it ties in with the work that we’ve done.

Many years ago, we worked around principled curriculum design, which is all about schools saying: ‘why are we doing what we’re doing?’ and really going back to think about what they want to achieve for their young people.

You have integrated the four pillars of curriculum design into your work, correct? How has this method shaped your work, exactly?

I worked on the 4 Pillars of Principled Curriculum Design with my colleague, Tom Middlehurst, and we designed the four pillars thinking through from a school’s perspective, what the Ofsted focus might mean. We sat down and thought through what the logical process of review would be if you were in a school, and you were thinking about not only what Ofsted is looking at, but also how we can use this to have a really useful process to work through a meaningful curriculum review. We started mapping it out, and again it was not a question at all of us saying ‘this is what your curriculum should look like’ but really ‘these are some questions that you probably would find interesting to explore’.

So the four pillars is really around the questions that are useful to consider when you’re starting that process and it takes you from looking at the intent behind your curriculum through to then how that informs decisions about curriculum content, about the style of teaching and learning in your school and then finally about how you review and know whether you’re achieving your curriculum intent.

In many ways that last bit is the hardest bit to work around and to think about what it is that you will see if your intent is being realised. It’s been really interesting and we’ve been really pleased to hear that schools have found it useful. I hope that it generates some interesting debate within schools around it.

What moment has stood out most for you in your career?

In this job, you get lots of little moments where any time a school comes back and says that something you’ve done has been useful, often it’s something small like you put somebody in touch with another school and that’s led to a really useful ongoing partnership…

When we did Gaining Ground a few years ago it was very rewarding to see that while many schools came on initially into that programme feeling a bit anxious about what it might mean for them, by the end people were very positive, we’d really won people over and a lot of that was due to the success of school partnerships and schools developing positive relationships. In many cases that even continued beyond the program.

I think any time you feel that what you’ve done is useful, it makes it very rewarding. Sometimes it’s the simplest thinking that you’ve saved somebody in school or in a job… I taught for a long time, I know the pressures that people work under in schools. Any time that you do something that somebody tells you ‘that was useful’ or that it saved them a bit of time, or made their lives a bit easier, that’s really satisfying.

What I enjoy most is working as part of a team. I suppose that once a teacher, always a teacher. I suppose I get huge satisfaction from seeing people I work with progress and learn. I think that it’s always about appreciating and valuing what everybody brings to the team and what everybody brings to the work that you’re doing. It’s not really about you. I think part of that is creating ways of working that mean that everybody in the team feels able to tell you when they’re wrong, that everybody feels able to speak up, contribute, and help shape ideas… I think you get the best results in anything you’re doing if you’ve got the collective wisdom and creativity of everybody around you. That means not being somebody who considers yourself to be in power over anybody else but rather facilitating opportunities to be able to work together and to share what they think and to help build whatever it is you’re working on.

If you could be the instrument of one major social justice change for schools, what would that be?

As anybody in education would say, there are still too many students from disadvantaged backgrounds who don’t make the progress that we’d like to see. Part of that is about creating that belief in young people that success is possible. Also, it goes beyond that in thinking and seeing a clear route for themselves, thinking why they would bother… there are still huge blocks for many students from disadvantaged backgrounds going to university despite a lot of work the universities do. I think a lot of that is due to that sense of belief of people being able to visualise themselves there and feeling that they belong there. It would be wonderful to be in a position where you could think that any young person is able to achieve their potential and to flourish in whatever way that might be… that every person has a chance to show what they’re capable of. We’re not there yet and it’s a very difficult thing to achieve but I think schools do wonderful work in achieving great things for all kinds of young people. However, everyone would agree that there’s more to be done. 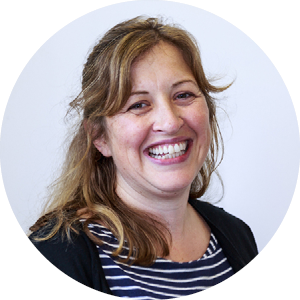 SSAT members can download their copy of the 4 Pillars of Principled Curriculum Design from the Exchange.

NPQML implementation and impact in a North-East MAT