Login with SSAT ID
Lost your password? Need to register?
16 March 2018 By Guest

Rob Hitch, Vice Principal, Harris Academy South Norwood, on getting away from the traditional child response to any parent enquiry about school: ‘it was alright!’

I recall as a teenager after arriving home each evening completing the same conversational ritual with my mum, one that is common to many homes. She would ask how my day had been. I would reply sullenly, ‘It was alright!’ Talk of school would then be left behind for the evening; our roles completed. It was not so much that I didn’t want to tell her, though perhaps I am being a little too charitable to my teenage self here, more that we didn’t know how to begin the conversation. I talked so little about what I had learnt in school that my parents often didn’t know the right questions to ask.

At Harris Academy South Norwood, one of our key priorities is to engage with our parents in the learning of their children. We have been exploring the concept of ‘nudges’ to help us. Nudges are small things that can effect big changes in behaviour. One big educational nudge is the government’s Ebacc policy. Simply through its existence Progress8 and Ebacc has ‘nudged’ schools to alter their curricula offers in favour of the humanities, languages and substantial and academic science qualifications. Previous to Ebacc, upwards of 40% of students took BTEC science qualifications in many comprehensive schools, to the detriment of a wider range of subjects.

Another more unconventional nudge is an etching of the image of a housefly into the men’s room urinals at Amsterdam’s Schiphol airport, which is intended to ‘improve the aim’. Apparently, the nudge takes advantage of our deep seated human need to hit a target! Another nudge might be the health care case study that found text message reminders reduced the number of missed psychiatric appointments by 25–28% in mental health services, where non-attendance is two to three times the rate of other medical specialties. When the cost to the NHS of the missed appointment was also outlined the texts were even more effective. (Behavioural insights in Health Care, Perry et al., 2015)

After hearing Tom Middlehurst speak at an SSAT National Conference 2017 of the effectiveness of sending ‘learning prompt’ messages to parents in schools, we decided to give it a try. We used text messages to generate discussion between our students and their parents/carers, ensuring our nudges were action–focused, with a clear timescale.

We used action-focused text messages, with a clear timescale, to generate discussion between our students and their parents/carers

How did the nudge work?

We sent four texts to year 11, once a week. One text was generic, three subject specific. We kept each message under 160 characters, so it would be sent as one text. After year 11 we will repeat the four-week cycle with every other year group, on rotation. Each text was carefully timed in relation to the students’ work programme to try to maximise the benefit.

‘Good morning! Mock exams for Year 11 start 5/2/18. All students have been given mock exam timetables today. Please encourage [forename] to complete a revision timetable and discuss it with them in the evening. Your support helps!’

Text 2: English, the week of their English exam

‘Morning! Tonight would you be willing to discuss the main characters (Macbeth, Lady Macbeth, Banquo, witches) from Macbeth with [student forename]? Thanks!’

‘Good afternoon. Please ask [student forename] to tell you about the 3 science practicals they did today. Thank you.’

Text 4: The day before a maths exam

‘Morning! Tonight would you be willing to discuss the main formulas students need to know for their calculator papers with [student forename]? Thanks!’

Has it had impact?

Informal feedback has been very positive. From my discussions with students the day after each text I’d estimate 30% have talked about it at home. A few unintended consequences have emerged:

Our experiment with nudging is still very much in its infancy, but we’re hoping that for some homes we’ve managed to push beyond my own childhood, sullen ‘It was alright!’

Do you have an effective strategy to engage parents? Get in touch with your relationship manager by email to share your insights with the SSAT network on the blog, journal or speaking at a conference: RMTeam@ssatuk.co.uk.

Read more on the SSAT blog: Parental engagement – a call to action 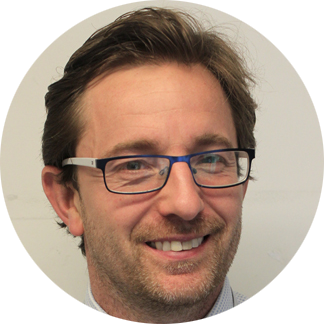