Login with SSAT ID
Lost your password? Need to register?
14 September 2016 By SSAT 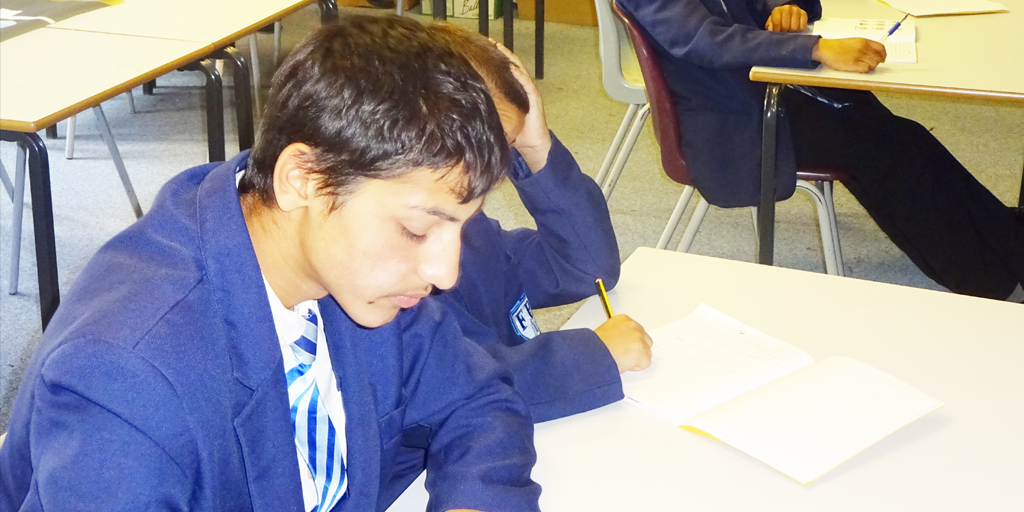 Home to some 50% of pupils with EAL and 39 home languages, Firth Park Academy’s deprivation index of 0.43 ranks it in the bottom 20% of secondary schools nationally. While students at the academy face a number of challenges, Firth Park is committed to raising standards and improving life chances for all its pupils. Having secured an Ofsted rating of ‘good’ in 2015, and with this year’s Y7 cohort set to be the biggest yet, the academy’s local and regional reputation is on the rise and it is aiming for an ‘outstanding’ at the next inspection.

Yet the arrival of a new cohort of students three years ago has not made the journey an easy one. From 2013, a large Slovak Roma population (now numbering about 3,000) arrived in Sheffield in search of a better life. But this growing community soon led to the Page Hall area of Sheffield being described by the Guardian as ‘a boiling pot waiting to explode’ (Pidd, 2013). Already a diverse area of the city and part of the academy’s catchment, Page Hall is one of the most deprived political wards in Sheffield (Rae, 2011).

The arrival of people from a different culture was not wholly welcomed by local residents at first; they saw increases in noise, litter and large groups of youths on the streets as a direct result of the Roma population.

The changing demography of Sheffield was mirrored at Firth Park Academy, with the percentage of EAL students increasing quicker than the national figure for three years. The rapid increase in Slovak Roma students led to their currently accounting for some 10% of the academy population of 1000.

The arrival of people from a different culture was not wholly welcomed by local residents at first; they saw increases in noise, litter and large groups of youths on the streets as a direct result of the Roma population.

Most of the Slovak Roma people in Sheffield originate from villages in eastern Slovakia, some of which are quite under-developed. On the margins of society and usually unemployed, the Roma suffer from economic deprivation and often hostile racism (Scheffel, 2013). Added to this, the Roma pupil cohort brought with it a number of challenges. Not only did the majority arrive with limited if any English, but many had little experience of reading or writing and few had cultural awareness of so-called ‘British values’.

Combine this with community tensions resulting in some less positive behaviour and the academy had to face various challenges. It has to be pointed out that the first language of the new children is a non-standardised mainly oral version of Romani, which partly explains the lack of literacy (Hancock, 2002).

Extreme deprivation led to many children having truncated educational experiences in Slovakia, so they are often less than ‘school-ready’. (Amnesty International, 2007). And where children have attended school, this has been through the medium of Slovak, essentially a second-language environment, which means the children often lag academically behind their Slovak peers.

Where [Roma] children have attended school, this has been through the medium of Slovak, essentially a second-language environment, which means the children often lag academically behind their Slovak peers

Three years on and Firth Park is considered a safe place for our Roma pupils, so the academy has been chosen to work with Sheffield University on a five-year research project to identify the best practice in the integration and educational provision for Slovak Roma children.

When the first Roma family arrived at Firth Park Academy mid academic year, their parents’ lack of English and cultural and social awareness meant they expected their children to begin classes that day. While the academy was no stranger to in-year arrivals and had an admissions officer accustomed to different cultures, it became evident that we needed to find an effective route of communication with the new Roma community. Translating letters into Slovak often proved ineffective.

More seriously, as we were trying to communicate with a community that generally had negative experiences of authority figures, our early attempts to make links proved futile. When one family returned the following month with a self-appointed translator, the school admitted the family and also offered him a job as a community link! Having Roma-speaking staff at the school has been key to the success of Roma students at the academy.

Having Roma-speaking staff at the school has been key to the success of Roma students at the academy.

From having one member of staff with no previous experience, the school now employs four Roma speaking staff. One is a TLA 3 who teaches and supports within the language department; two act as home-school liaison responsible for behaviour, progress and attendance; and one has recently been appointed as a year group student support leader.

Their impact on student attendance and behaviour has been invaluable. Roma attendance has increased from some 40% in 2013 to the highest in the school on more than one occasion in 2016. Our Roma-speaking staff have enabled the academy to reduce any anxiety parents previously had about the English education system, and encouraged increased engagement in their children’s education.

Firth Park holds regular Roma coffee mornings in which parents are invited in to ask any questions they have, in an informal setting. We have also found these sessions a good opportunity to remind parents of the expectations about uniform, (which differ to Slovakia where, in common with the rest of Europe, there is no school uniform). Attendance at these mornings is much improved due to our Roma staff phoning home and being present to translate.

The school invites parents in for a careers event in which local colleges deliver presentations on appropriate courses for both parents and children. These events have raised aspirations.

Our Roma-speaking staff have enabled the academy to reduce any anxiety parents previously had about the English education system, and encouraged increased engagement in their children’s education

The relatively sudden arrival of the Roma community in the school challenged our then EAL department. This had historically managed small-group withdrawal for students who were often already literate as a result of previous schooling in their home countries.

In order to support the new arrivals appropriately, the EAL and MFL departments joined forces to create an appropriate induction and curriculum programme. The current model is a three-tiered approach called ‘New to English’ (NTE). The level of support is tailored according to a baseline test, which sees pupils initially allocated to NTE1, NTE2 or NTE3 and progressing through the steps.

Students in NTE1 spend most of their time in the languages faculty and also enjoy lessons in dance and art. These pupils have very limited English and often come to us not able to read or write. Their diet of phonics, basic numeracy, English language, reading and handwriting is designed to be a short-term intervention to prepare them for the next stage.

NTE2 students communicate well orally but are not as strong at reading or writing, a very common characteristic of EAL pupils (Cummins, 2000). These students attend a variety of mainstream lessons but still receive 12 lessons of EAL support per week in the languages department.

By the time students graduate to NTE3, they are confident communicators who can read and write well; but they still have six lessons a week of EAL support to accelerate their progress with literacy. On graduation of NTE3 pupils to ‘mainstream’ curriculum lessons, the languages faculty shares a profile on the pupils that includes an exemplary piece of work, background information on their home life and their current understanding of classroom expectations.

Our current approach has proven successful in preparing Roma pupils for mainstream lessons and it is often commented that they are some of the most polite students in the school, partly due to the high expectations maintained by the languages staff.

However, a system that relies on students to achieve certain levels before progressing has meant that pupils often stay in the New to English system for too long and do not access the same variety of lessons as their non-Roma peers. The languages department has tried to address this in-year by adapting the current curriculum to include aspects of (particularly the language of) science, geography and history. But Firth Park will now integrate students more rapidly in order to accelerate progress.

From September 2016, new arrivals will join a six-week induction programme that introduces them to school expectations and routines, assesses their English and focuses on their literacy to prepare them for mainstream lessons. They will then graduate and attend mainstream lessons sooner than is currently the case, with tailored withdrawal groups for students based on their level of need.

Since the arrival of the Roma community in 2013, Firth Park has adapted quickly and made huge progress in providing for their needs and, among local families, is now seen as a school that Roma pupils want to attend. By employing Romani speaking staff, regularly engaging parents in school events and always monitoring and adapting their curriculum, we have seen improvements in the attendance, behaviour and progress of students.

With a new programme being introduced next year to further increase curriculum integration, we are confident the provision for our Roma pupils will continue to improve. We are also aware that other groups will migrate to Sheffield in the future and lessons learnt now will enable us to welcome those new pupils to what we are sure will be recognised as our outstanding school.

Hancock, I (2002). We are the Romani People. Hatfield: University of Hertfordshire Press.

Rae, A (2011). Deprivation in Sheffield. Sheffield: University of Sheffield, retrieved from this document. 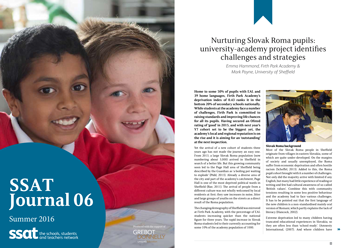