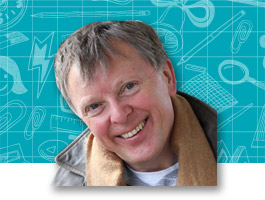 Colin Logan, Head of Data and Accountability, is currently compiling the 2014 Educational Outcomes KS4 database which will shortly be released to SSAT members. Here, he shares his initial tips for analysing your data following the Wolf Review and the first entry rule.

The 2014 performance tables were published last Thursday, prompting headlines in the media about falling standards compared with previous years.

The truth, of course, is that hardly anything in the current tables can be compared with previous years because of the changes brought about by the Wolf Review, the number of non-GCSE subjects that can count, the removal of speaking and listening from the GCSE English grade and, not least, the first entry rule. Many reports also referred to iGCSEs being removed from the tables this year but this is only partly true – the current ‘approved’ iGCSEs taken by many state schools will continue to be included until 2016.

Many reports also referred to iGCSEs being removed from the tables this year but this is only partly true – the current ‘approved’ iGCSEs taken by many state schools will continue to be included until 2016.

We had hoped that the underlying data at school level, which was published at the same time, would contain schools’ best as well as their first entries so we could publish these in the Educational Outcomes database this year, but unfortunately it has not been the case. Threshold and average point score information for best entry, however, did appear in RAISEonline this year (table 4.1.17) and we would advise colleagues to make sure that this information is clearly presented in press releases, on websites and in reports to governors which might also be given to Ofsted inspectors. The revised Ofsted handbook reminds inspectors that they:

‘…should note that the introduction of an early entry policy and changes in GCSE examination structure have had an impact on the 2014 Key Stage 4 results. The changes should be taken into account when considering results alongside those of previous years, as neither direct comparisons nor production of three-year trends are possible.’

The Statistical First Release (SFR), also published on Thursday, provides national headline data for the key threshold measures and expected progress in English and maths using the 2013 methodology (best entry and no Wolf impact) and a model applying Wolf and best entry. This could be useful for comparison with your own data, although the national figures obviously can’t take account of changing behaviour in schools with regard to the Wolf reforms and first entry coming in. As an example, the state school figure for 5 A*CEM for 2014 using both Wolf and first entry is 56.6%. Using Wolf and best entry it rises to 58.8% and taking out Wolf but including best entry the figure becomes 60.3%, just 0.3 percentage points below the 2013 figure.

It should also be possible for schools to upload their own data into RAISEOnline using the best rather than first result, although this is a fairly clunky and time-consuming process. It will then allow charts to be produced using the amended data, although the comparisons will still, of course, be made with the original national figures, with the likely result for many schools that a good deal of green will be generated. However, if Ofsted is the issue, the quality of information that can be provided about the achievement of students in current year groups will potentially be more important than historical data in RAISE.

Looking forward, the shadow data for 2014 using the new accountability measures should be sent out shortly. Because of the changing picture nationally, however, we advise caution before schools choose to adopt the new measures a year early. Schools that do so will be subject to the new floor standards and it is impossible at the moment to predict how the national averages will fluctuate as schools nationally adopt new curriculum models with potentially variable levels of initial success. Some colleagues have asked what RAISE will look like later in the year to take account of those schools who do opt-in early.  You might not be surprised to learn that no decisions have yet been made – but we will keep you informed as and when they are.

There are two potentially significant changes in the pipeline concerning attendance. Firstly, the current performance tables do not include any attendance data for 2013-14. This will be added in March but will cover the full school year, rather than the autumn and spring terms only as has previously been the case. It is therefore likely that summer term figures for Year 11 will have a substantial impact on whole-school figures. Also, from September, the threshold for defining persistent absence will be further lowered from 15% absence over the school year to 10%. Again, it is difficult to predict but it is highly likely that this will bring a disproportionately large number of extra students under the spotlight and we would advise schools to be well prepared by identifying the potential new cohort now and to start including them in their programme of interventions.

Educational Outcomes 2014 is currently in preparation and will include several new features which we hope schools will find helpful for their self-evaluation and also to help celebrate their achievement.  Details of how to download it will be sent to member schools shortly.

An outstanding headteacher in every local school