When the last government announced the proposed new accountability measures for secondary schools, many felt that the move from 5+A*-CEM to Progress 8 was a good thing.

Less focus on the C/D borderline; more emphasis on progress rather than raw attainment; greater attention paid to eight subjects, not just five. This all made sense.

Yes, the EBacc measure would still be reported in the performance tables but would not be a determining factor in the floor standards.

Schools were encouraged to enter more students for EBacc subjects; to do otherwise, we were told, would be to do them a disservice because their chances of getting into the best universities and of securing the best jobs would suffer if they did not qualify in the more rigorous and aspirational disciplines.

However, the EBacc was not compulsory. There was a broad understanding that it was not suitable for all students.

Years of personalisation and flexible curriculum pathways had shown us that a critical tool in engaging learners was an accessible, appropriate and individualised (as far as possible) curriculum.

And it seemed that the government agreed:

‘We expect some schools to offer EBacc subjects to many more pupils as a result of these accountability reforms‘
Update on Progress 8 measure and reforms to secondary school accountability framework, DfE, January 2014

Many more pupils, but not all.

Even earlier this year, there seemed to be an understanding that curriculum and qualifications were not best served by a one size fits all approach.

Years of personalisation and flexible curriculum pathways had shown us that a critical tool in engaging learners was an accessible, appropriate and individualised (as far as possible) curriculum

If that were to happen, the lack of variety in workplace skills and opportunities, everyone knew, would result in social and economic meltdown in no time.

And if all pupils were to be pushed along a single (EBacc) curriculum pathway, the inevitable consequence would be heightened disaffection and disengagement among less academic learners.

But we were ok. Schools were told that they only had to enter students for EBacc subjects, ‘where appropriate’:

‘Schools should continue to focus on which qualifications are most suitable for individual pupils, as the grades pupils achieve will help them reach their goals for the next stage of their education or training’
Progress 8 measure in 2016 and 2017, Guide for maintained secondary schools, academies and free schools, DfE , March 2015

And if all pupils were to be pushed along a single (EBacc) curriculum pathway, the inevitable consequence would be heightened disaffection and disengagement among less academic learners

Anyway, Progress 8, we were told, did not demand all EBacc subjects. The Ebacc category could be filled with three sciences and no humanities or languages at all.

Essentially, at least one, if not two of the EBacc disciplines were optional, as far as the school’s performance measures were concerned.

What is more, the government told us that it might even be advantageous to more vulnerable, less able, learners, to follow fewer subjects:

‘It can be of more benefit to less-able students to strive for good grades (and hence score more points) in fewer subjects, with the emphasis on doing well in English and mathematics, than to take more subjects but achieve lower grades overall’
Factsheet: Progress 8 measure 2014 and 2015, DfE, Feb 2014

If you impose the study of French on a statemented EAL student, he may conscientiously spend so much time trying to master the necessary skills and content for his French GCSE that his other studies suffer. 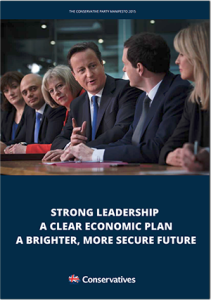 However, things appear to have changed. In the Conservative election manifesto, the government adopted an apparently different line of thought:

‘We will require secondary school pupils to take GCSEs in English, maths, science, a language and history or geography, with Ofsted unable to award its highest ratings to schools that refuse to teach these core subjects’
Conservative Manifesto, 2015

Furthermore, the government has since confirmed its intentions to deliver on this commitment.

But some questions need to be addressed:

In the majority of schools, not all students will have taken up all the Ebacc subjects, so are doomed to failure on this particular measure. And the school will be reporting a lower Progress 8 figure in two years’ time

Just in case you have missed any of the recent and occasional announcements and clarifications about the Ebacc and Progress 8, I have drawn up a list of some information that may be useful:

Early entries in English
In the transition from A*-G to 9-1 GCSEs, specific rules apply:

iGCSE
In 2015 and 2016 performance tables, Level 1/2 Certificates in English Literature, English Language and Level 2 Certificate in Further Mathematics will count in the Ebacc measure, the English and Mathematics measure and additionally they will count in the respective English and Mathematics slots in the Progress/Attainment 8 measure where they double count, subject to the same entry requirements as for GCSEs. Read more here.

How English can improve communication skills across the school

Principled approaches to curriculum in a time of rapid change