Login with SSAT ID
Lost your password? Need to register?
3 November 2015 By SSAT

Tendring Technology College, an SSAT member school, were keen to make the right decision when deciding their next investment in the latest classroom equipment. Here, they take you through the successes, and the pitfalls, of adopting new technologies.

We decided to take on this project because, as a school, we have a history of adopting new technologies. On this occasion however, we were conscious of not being sucked into the latest gadgets at the expense of educational value.

Our first decision was to identify an area that would benefit from the use of this technology. The curriculum areas of science and technology were chosen, as feedback from teachers indicated that pupils often found certain concepts difficult to grasp and visualise. 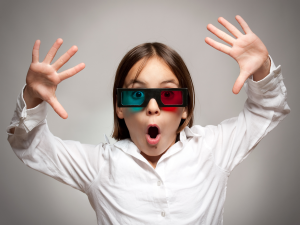 We had two main aims that we wanted to achieve. Firstly to test the hypothesis suggested by Dr Anne Bamford, that the use of 3D technology affects the neurological process in such a way that memory and retention is improved resulting in improvements in test scores and retests.

Secondly, we hoped to improve behaviour and engagement with certain groups of pupils that had otherwise found it hard to integrate into science and technology classes.

With regard to teacher development we wanted to improve two aspects. The first was to create teachers that were able to evaluate evidence and apply it to their own practice. The second was to create a more collaborative planning culture among teachers and across departments.

The final thing we aimed to achieve was to support an external company in the development of resources so that they were relevant to today’s classroom.

During the review phase we held several staff training sessions on how to conduct research and evaluate evidence. Teachers were shown how and where to find search for literature. After this, volunteers were sought out to take part in the project – we targeted the science and technology departments, although several others took part in the training

To provide teachers with a kick-start, several pieces of literature were circulated and teachers were encouraged to discuss their opinions during meetings.

The planning phase began with technical training. This involved bringing in the supplier of the technology to meet with our ICT technicians. The first problem we encountered was that none of the projectors in the school were compatible with the software; they could not project a 3D image.

This issue was rectified through the purchasing of a 3D enabled projector. This actually made the project more viable as the projector was mobile and could be relocated into different classrooms, meaning that we could pilot the project with more pupils than we initially thought. 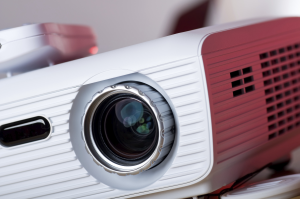 We then purchased a dedicated laptop to run the software from. A mobile workstation was then created that contained the projector, laptop and class set of 3D glasses. The technicians were given responsibility for maintenance and dissemination of the equipment and all bookings would go through them.

Once the hardware was set up and our support staff familiar with installation we then began a series of training sessions for staff. This involved the suppliers visiting us on several more occasions to go through the intricacies of setting up the software environment and using it in the classroom. We identified two lead teachers to be the main point of contact for any additional enquiries.

We then entered the planning period. This involved teachers getting together to identify appropriate points in the science and technology schemes of work to use 3D technology.

Alongside this the lead teachers were liaising with the supplier to develop additional content that would suit their needs. A relationship was therefore developed where we were testing out 3D content and feeding back to the developer to improve it and tailor it to our individual needs.

This process was very exciting at the start but as the project progressed proved to become more and more problematic. Difficulties with communication meant that we were often let down with regard to our individual requirements and some of our planning had to be adapted due to there not being the correct resources – more on these difficulties later.

In the spirit of our focus on the use of evidence the teachers designed and implemented several questionnaires to gather feedback on behaviour, engagement, relevance, ease of use and helpfulness. The results of this research proved that the project was having the desired effects and that behaviour, engagement and learning was improved.

Where the project became unstuck was the final formal testing stage. Because of the breakdown in communication from the supplier we were not able to develop the full complement of resources needed to be able to conduct the tests. 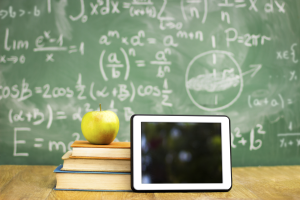 After receiving no communication or responses to our enquiries for quite some time we were then contacted by the company to inform us that they had gone bankrupt and were ceasing trading immediately and that they could no longer support the project.

All staff involved then got together to review the project and identify opportunities to support staff in the future with similar innovations. As a result we have agreed to put one member of staff through the NPQML course to further enhance her research skills.

This project has impacted teachers by improving their ability to use evidence to support innovation whilst not being seduced by shiny technology and gadgets. Their research and evaluation skills have also been developed.

Overall our teachers have become resilient risk takers prepared to take on projects without fear of repercussions if things don’t go according to plan – exactly what we try to instil in our pupils.

The pupils have been impacted through improved behaviour and engagement and increased rates of learning.

Our next step will be to engage the teachers involved in this project in delivering CPD over the next year. They are in the best place to encourage innovation and discuss the potential problems that can arise. We hope to continue using 3D technology to some extent – most likely in science.

This project focused on key stage 4, we may look at key stage 3 next year as the models we already have can probably be modified.

Key advice for other schools:

Using SOLO as a framework for developing and assessing KS3 learning

Schools can raise attainment through film – and here’s how