Login with SSAT ID
Lost your password? Need to register?
3 November 2015 By Guest 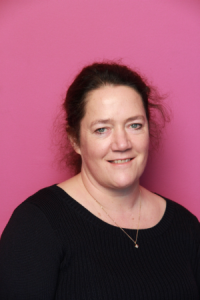 ‘Using film to teach improve literacy promotes a more democratic and inclusive method of teaching. We, as teachers, have to meet the challenge of engaging all children. As they are already a visually literate generation this is the best way I have found to do so.’
Colm Hackett, Hazelwood Integrated College

In a world where the moving image has become so important, educators are increasingly interested in using film as a serious learning tool.

This is a medium that is accessible to all, regardless of ability, with the power to bring to life aspects of the curriculum which some students may consider dull.

It can portray subjects from science to Shakespeare in a different light; boost young people’s literacy, creativity and critical skills; and inspire disengaged pupils.

The latest, independent evidence highlighting the educational value of film comes from a team of film educators who spent the last academic year working with teachers in Leeds to show how film can be used to improve attainment and progress in reading and writing.

The Leeds Partnership Project: Improving Literacy Through Film recorded a number of improvements in 47 pupils who were regularly engaged in film watching and filmmaking, including:

The report tallies with Into Film’s own findings, in which 96% of teachers using film in class said it increases pupils’ levels of engagement, 74% said it improves their critical thinking skills and 70% said it boosts literacy.

These skills are of course associated with wider academic attainment as well as being valuable in their own right. In addition, teachers’ feedback suggests that watching, discussing and reviewing films helps to develop independent thinking, broader cultural awareness, vocational aspiration, and confidence and social skills. This suggests that film is worth considering for every classroom.

For many teachers the question isn’t whether to use film but how to do so most effectively. Starter suggestions for using film in class include:

‘Some of my boys who are reluctant writers are eager to complete film reviews and do so to such a high quality that I was pleasantly surprised, as they do not show that level of capability in class.’
Sam Linton, Deputy Headteacher

Two major events taking place in the next few months will enable educators to explore, in different ways, how film can promote learning and raise attainment.

Back for a second year, this UK-wide free event is the world’s largest film festival for children and young people. With a strong education focus, the programme features over 2,700 free screenings and events at which some 400,000 5-19 year- olds can learn through and about film, interact with filmmakers and explore filmmaking.

The festival is open to schools, colleges, parents and youth leaders, and offers new and classic films, workshops and Q&A sessions, accompanied by a wide choice of teaching resources to promote discussion and support learning before, during and after screenings. Headline themes this year will be identity, wellbeing and achievement. To view the programme and book free tickets visit intofilm.org/festival.

In January 2016, in partnership with its main funder BFI, Into Film is holding its first massive open online course (MOOC) hosted by FutureLearn, Teaching Literacy Through Film.

Starting on January 25th, the free four-week course will introduce the ways in which film and filmmaking can help to raise literacy attainment, through a variety of teaching approaches and frameworks. It will also show how film can help to develop analytical and life skills in children and young people.

Participants will have the chance to develop a number of techniques, resources and strategies. And they will have access to easily downloadable PDFs, classroom-ready film clips and activities, to enable them to confidently use film in the curriculum. On completing the course they will have the opportunity to follow up with face-to-face CPD training. Register here.

For information about Into Film, to start a free film club or to download resources visit intofilm.org or call 0207 288 4520.

‘So what?’ helps decide which digital technologies to go for