In my fourth blog about the ‘Ebacc for all’ issue, I wonder if an apparent delay in the consultation, originally promised by the DfE for this autumn, indicates a slight shift in the government’s approach.

As part of the ‘rigour revolution’ in schools, described by the Secretary of State last week at the conservative party conference, the Ebacc is held up as the aspirational curriculum and, as such, something that should be a requirement for all – especially young people from disadvantaged circumstances.

At SSAT, and among all the school leaders I have met, there is universal support for greater rigour, higher standards, social justice and better outcomes for young people.

But there are flaws in the summer-announced plans for the Ebacc which have yet to be resolved, and I hope the delay means that the flaws are being addressed.

Whether the Symplegades of the Bosphorus, the clashing rocks successfully navigated by Jason and the Argonauts – at the cost of some damage to the tail end of his ship – or Scylla and Charybdis, the six-headed monster and its twin threat the whirlpool, successfully navigated by Odysseus – at the cost of six of his less able sailors – it is rarely a good thing to be caught between two simultaneous threats, each of which is as destructive as the other. And it tends to be those at the back that are hurt the most.

The government is now in a position familiar to both Jason and Odysseus. It has sailed into a position from which it is difficult to escape. And the ones at the back are most at risk. 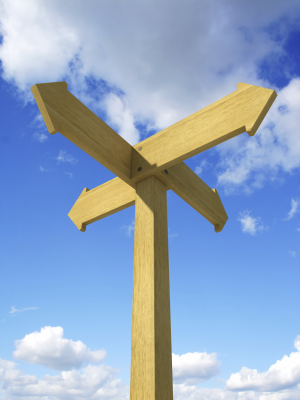 The DfE has stated that all pupils, except those with special educational needs, must study the full Ebacc suite of subjects. Schools that refuse to comply cannot be judged outstanding, under the rules explained by schools minister Nick Gibb in his post-election clarification of the conservative manifesto promise.

This represents a significant shift from the original position – see my earlier blog The English Baccalaureate and Progress 8. All clear now? – in which DfE said that the Ebacc should only be taught ‘as appropriate’; we were even told that it might be advantageous to more vulnerable, less able, learners, to ‘follow fewer subjects’.

Schools now find themselves in a very difficult position… should they push all pupils through the Ebacc? Because to do otherwise might be seen to do them a disservice, to be guilty of low aspirations.

Or should they do what they feel is right for their pupils and their community – which may mean a varied and tailored curriculum? Because they understand what it takes to inspire, engage and enthuse learners.

As I explained in a summer meeting with DfE officials, the Ebacc for all policy has met with almost universal resistance from school leaders, the majority of whom say they will sacrifice their aspirations to become or remain ‘outstanding’, rather than comply.

The Ebacc for all would mean:

Even the decision to make SEN pupils exempt is fraught with difficulties. In the context of the new SEND code of practice, definitions are open to interpretation.

If you ask Sencos across the country if a dyslexic child is on the SEN register or not, about half will say yes and half will say no. 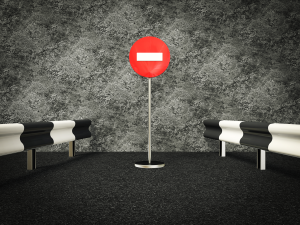 But most of all, the Ebacc for all has put schools between a rock and a hard place, and this in turn means that the DfE is facing its own Scylla and Charybdis.

And the inevitable fall in the numbers of outstanding schools will have implications for their NLE status and for their Teaching School status.

And this in turn will have implications for the government’s drive for a self-improving system, something for which SSAT and schools have worked long and hard.

Let’s be clear, neither SSAT nor all its member schools are opposed to reform, to the rigour revolution, to higher standards, to system leadership, to better outcomes for young people or to social justice.

It is all about a relentless focus on quality and standards for thousands and thousands of young people who deserve nothing less than the very best.

But quality and standards apply equally to technologies, arts, apprenticeships and sports. The Ebacc does not have a monopoly on aspiration. And it is not suitable for all.

Quality and standards apply just as much to technologies, arts, apprenticeships and sports as they do to the Ebacc subjects

Since my useful meeting in July with policymakers at Sanctuary Buildings, at which I emphasised the support for the Ebacc, but not for all pupils, and the need to be flexible in establishing the rules about which pupils should be exempt, and the danger of schools and DfE being caught between a rock and a hard place, there are two recent developments that give me hope:

1
The consultation was due to be launched at the start of the school year; but so far all has been quiet. Is this because behind closed doors in Whitehall, there is a search for a solution to the conundrum? A consultation cannot be launched until the DfE has established what is actually being proposed.

2
Her Majesty’s Chief Inspector, Sir Michael Wilshaw, recently described the policy as a ‘problem’ for some young people, even at the highest-performing schools; he asked if the EBacc would properly prepare every student for education after GCSEs, particularly those aiming for an apprenticeship; he said that ministers have not yet raised the matter with Ofsted but would receive a ‘robust’ response if they did so.

Sir Michael added: ‘I can think of youngsters who would have been better suited to do English, maths and science and a range of vocational subjects.’

Better results from primaries set a challenge for KS3 curriculum