Login with SSAT ID
Lost your password? Need to register?
21 April 2017 By Guest 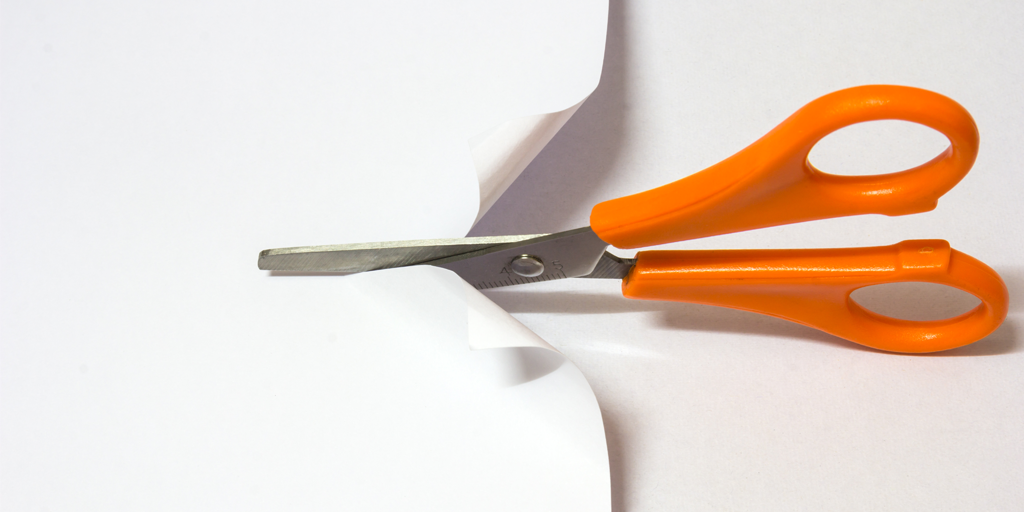 I hate marking. So if I’m going to do it, I want it to be as painless as possible. I want it to take as little time as possible, and my pupils to benefit from every single minute I invest in it.

It’s a love-hate relationship though. I hate marking so much that I always fight tooth and nail to keep it as one of my leadership responsibilities when they all come up for grabs at the end of the academic year. Whereas some of my senior leadership colleagues will be eyeing up the new professional development opportunities that come with heading up ‘most able’, pupil premium, SEND, ‘whole school reading’ and the vast panoply of other responsibilities, they know better than to suggest they have a go at marking. I don’t even need to say anything now. They know better than to try to take my baby away from me.

Baby? Or is it a poisoned chalice? Certainly some senior leaders I’ve spoken to think of it that way. It’s the bane of their existence. The bit of their last Ofsted report that they are still ‘working on’.

We were no different. When Ofsted declared us to be outstanding in January 2014 it was the only thing they could pick out as an area ‘to improve further’.

Specifically, we needed to ”ensure that work is marked and assessed accurately and that written feedback clearly shows students what they have done well, and tells them what they need to do to progress to the next level.”

I was in charge of marking at that time and this started eating away at me from the moment the report was published. The gnawing sensation has only abated recently. In September 2016 we launched our new marking policy. In some ways it was an iterative development from what we had put in place following Ofsted’s visit – with one massive, fundamental, game-changing difference.

Game-changing? What about ‘gaming’ the system?

No. There is definitely no gaming here. No ‘putting on a show’ for observers. No box ticking. Nothing is being done for the sake of it. Our marking system is un-gameable. We’re all marking for real. To a consistently high standard. And we’re doing it in half the time.

We’re all marking for real. To a consistently high standard. And we’re doing it in half the time.

Ofsted inspectors have been warned to be cautious when commenting on ‘consistency’ (thank you, Sean Harford). They are concerned that senior leaders will take this as their cue to impose a blanket approach to marking and feedback. Approaches that would probably increase the workload of staff exponentially.

I can see the appeal, especially for a school where improvement has to happen practically overnight. But it’s not a long-term, sustainable solution.

Back in 2010, John West-Burnham warned about the dangers of ‘blind consistency’ in a lecture on within-school variation. While acknowledging that ‘inappropriate variation’ had to be eliminated (say, for example, teachers not giving children any form of feedback), he warned that ‘blanket uniformity’ could lead to the destruction of individual skills and strategies.

A middle ground is required. I call it ‘constructive variation’. I thought I had invented the term but, irritatingly, it appears to have been used for the first time back in 1938 in a medical research paper. There go my dreams of being cited in the Oxford English Dictionary’s etymology section.

Anyway, it comes down to this: as long as it’s working, let your teachers do what they think is best for their pupils.

In the case of marking, it really does mean our teachers can mark using whatever method they like. No caveats. We gently chide each other for persisting with the old-school approaches, like ‘ticking and flicking’ or putting ‘2 stars and a wish’. Both are notionally ‘banned’, but people can use them if they like (and they have way too much time on their hands).

But there are no templates, proformas or even ‘recommended approaches’. To ensure best practice is shared, each department keeps a live portfolio of effective practice (I prefer the title ‘Things that have worked for these kids so why not try them with yours?’ but that doesn’t sound as good in the SEF).

The approaches that staff have been experimenting with are too varied to describe here. But, broadly speaking, the most efficient strategies have involved more extensive verbal feedback and using whole-class strategies, including codes to represent full explanations of common misconceptions.

So far, so utopian. But how do we prevent ‘inappropriate variation’?

In our school, we have a mantra we always return to when assessing the quality of anything we do: would it be good enough for my own child?

Now, while I don’t have children of my own, I would not want either of my nieces, or any of my friends’ children, to attend a school where they didn’t receive high quality feedback on a regular basis. In short, I would want them to be able to come home and tell me what they were doing well at and what they needed to do in order to do even better. These are basically the reasons we bother to give feedback in the first place.

That is why our marking policy begins and ends with these questions:

As long as pupils can answer these questions, we as senior leaders know that they are receiving effective feedback from their teachers.

Are there dangers in relying on what the pupils say to monitor the quality of feedback?
Well, I’d be lying if I said I didn’t have a slight disruption to my sleep pattern for the first few months after launch. But, it turns out, I needn’t have worried.

We have pupils across the full ability range – from genius level Mensa to those who find it a challenge to write their own names. With the appropriate scaffolding, they are all able to articulate full, detailed answers to the two questions. And not in a rote, conditioned manner either. They are eager to talk about their work.

With the appropriate scaffolding, pupils are all able to articulate full, detailed answers to the two questions: what am I doing well; and what do I need to do to improve?

And above all, kids tell it like it is. They can have the neatest, tidiest books in the world, but if they ‘don’t get it’ they will tell anyone who wants to know. Conversely, even in the unlikely event that a whole class has forgotten their exercise books a teacher doesn’t need to worry about ‘evidencing’ (a horrible verb) their quality of feedback. Just asking those two questions in a lesson observation will quickly establish whether pupils routinely get a good deal with that teacher.

It’s actually very liberating for staff, who don’t feel the pressure to jump through hoops because an observer is in the room.

The best (unintended?) consequence is that pupils are far more eager to act on their feedback. They know it is their responsibility. They have a fuller appreciation for how much time and effort their teachers have dedicated to going through their work.

Yes, of course, we still have to mark the books, and it does still take time. And I only have four groups, whereas some of our NQTs have upwards of 15. As senior leaders, we need to consider the consequences of all of our decisions on every member of our teams. Which is why I often hold focus groups to find out what my teachers really think. These can be formal or informal. It was during one of the latter, a very informal ‘focus group’; during a particularly freezing break duty back in November, that I knew the new marking policy was really starting to have an impact. While we were huddling for warmth I took the opportunity to ask about marking. As you do.

“It’s taking me about half the time it used to,” came a response from beneath layers of scarf and coat. The muffled voice belonged to an outstanding middle leader I’ve worked with for years.

Could this be a friend telling me what I wanted to hear?

Another reaction, from a different teacher: “My fiancé keeps complaining because he has twice as much marking to do as me. His school say he has to mark everything the kids write rather than select key pieces. But it means I have to do the dinner more often now.” This from an NQT, someone I’d not (at that point) had the chance to get to know very well. I’ve subsequently watched her teach and know for certain her kids are getting an amazing deal every single day.

But still, a nagging thought: is this a young colleague, eager to impress, also telling me what I want to hear?

Well, it turns out they weren’t alone. Everyone I speak to has a similar story.

Does that mean we’ve cracked it?

Like much of what we do, there’s still room for improvement. The Japanese are famed for their ‘lean production’ processes: they systematically identify ways to reduce waste – ‘muda’ in Japanese. There are a few staff who cling to entrenched practices (I’ll be honest – I still find myself ticking and flicking now and then, despite my best intentions). There is still some fat that we could cut off, some ‘muda’ which might be removed.

I have heard at SSAT conferences about schools that claim not to do any marking at all and I am very intrigued by this. It’s definitely something I’ll be looking into more.

In the meantime though, I know that feedback might look ‘inconsistent’ in pupils’ books, but I don’t care. Staff now have the time to give high quality feedback to every one of their learners. It’s consistently useful advice, so pupils are acting on it, and that’s what really matters.

Barr Beacon School participates in the SSAT network – find out more about getting involved.

Simpler (and better) processes for marking