Login with SSAT ID
Lost your password? Need to register?
12 May 2017 By SSAT 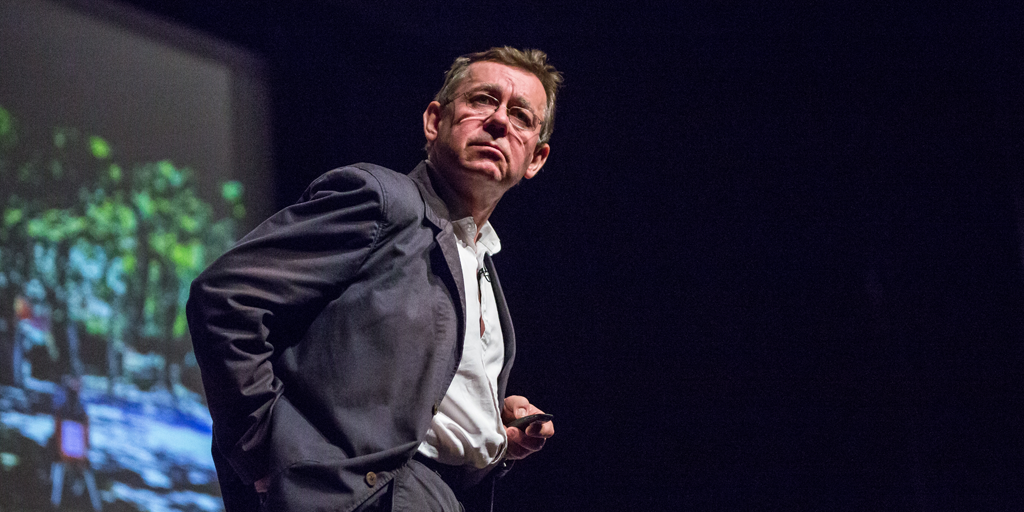 With a background in finance, real estate, HR and technology, Marcus Orlovsky now applies his knowledge and skills to education, including global speaking engagements and TED talks. He has also set up a fascinating programme designed to give young people powerful reasons to pursue their education.

”While in education we’re talking about learning and great futures, I wonder how many kids are going home to be surrounded by people who are naysayers and tell them it’s all rubbish. And, of course, there are more of them than there are of us.”

What young people are capable of

He showed an image of a young man called Jordan Casey: “I talked to him at a TEDx in Klagenfurt [Austria]. At the age of 14 he is now really making his mark as a developer. His message is that age does not need to hold you back.”

With this and other examples including Mark Zuckerberg, Bill Gates and Steve Jobs, he made the point that “we have no idea what people are capable of.”

But making the best use of what young people are capable of will become ever more important. ”Sixty percent of the global population doesn’t have access to the internet, and is expected to come on board in the next five years. And that’s going to change everything! Because if you are sitting in Somalia and you don’t have free water, you don’t even have any clean water, it’s a bit rich, isn’t it, when you see that a chief executive of a company in France earns 2 million a year. And I think that’s part of the challenge which our young people are going to have to face.”

For an example of an effective response to such challenges, he pointed to Cristina Balan, who designed the electric motors for the Tesla and nearly all electric hybrid cars: “She has been working with Bill Gates to create drones which fly 100km, carrying a 10kg payload, to take medical supplies into areas where you can’t get trucks, such as when you’ve had earthquakes or natural pestilence. Her message was that she really had to work hard to overcome prejudices about women in the motor industry.

“It’s not about what you know anymore – it’s also who you know, and even more importantly, how you know them.” Sometimes, however, those in society, and education in particular, fall well short of this. He showed a sign from a school that stated, ’Don’t knock on this door unless it is an emergency! Staff room.’ “That really says we are integrating with people, doesn’t it?,” he commented sardonically.

“It’s not about what you know anymore – it’s also who you know, and how you know them”

Orlovsky set up Bryanston Square Holdings, a social enterprise, “to see if we can help kids fathom… work their ways out of all this. And we just do three things. We develop students, we try to improve the teaching and learning environment, we try to inspire towards education. It’s not about teaching, it’s just about showing the way.”

The organisation’s work on the teaching and learning environment includes designing some 30% cheaper than the Education Funding Agency’s target but which included many original features to enhance learning opportunities, such as “little cave spaces… Our expectations are always wrong: we never know what’s possible until somebody achieves it.” In another example, he showed a video clip of a small chair which, when sat on, tells a story. “You get off, it stops: it’s just an iPod shuffle and a couple of speakers, costing a couple of hundred quid. So, anybody can do this stuff.”

In inspiring towards education, typically, the programme starts with selection of “some kids who are disadvantaged or disengaged, or who could achieve a lot more, and we run a ‘hot seat’, where the head sits at the table and the kids can ask any question, to be answered fairly, honestly and completely. And that becomes super-powerful because some of these kids have never had a proper conversation with the headteacher. The only conversation they’ve ever had is when they are in the s**t.”

The programme then takes the kids off to meet ‘interesting people’, such as “a guy who runs Google”; a doctor responsible for dealing with the Zika virus; the person who set up Charles Tyrwhitt, the shirt company; an actor; and staff at Al Jazeera.

They visit about five places in the same day, spending an hour and being able to ask any question. “And it’s very, very, very powerful when kids have got up close and dirty to people doing amazing things.”

A couple of weeks later, these young people give a presentation to the rest of their year group. “And that makes a hell of a difference to them.”

About a month later, “we bring in four or five local decision-makers, who work with the kids on how they can develop their own ‘lift message’ – you know, elevator pitches and all that sort of stuff – and then they each spend two minutes, one-to-one, with each of those decision-makers.

In 1-1 discussions, local decision-makers work with the kids on how they can develop their own ‘lift message’

“And in those two minutes, quite a lot of these kids have organised work experience for themselves. There was one boy who talked his way into Lots Road Art Gallery, got himself trained to be an auctioneer, and ran ten lots auctioning off 30,000 quid’s worth of antiques. He’s 14… and is in care. What do you think that does for his self-esteem? And what do you think that does about giving him a repertoire of stuff to talk about?”

Another element of the programme is helping the students to work out what can be done to improve their school: they develop ideas and pitch them to SLT, or even run programmes for other kids in their school.

A reason to get “these pesky exams”

”What then takes place in that is amazing change happens. They realise that ‘the difference between me and the world I’d like to be, the place I’d like to be, is these pesky exams. I might as well get them.’ And funnily enough, they do.”

In a video, a number of young people reviewed their experiences of this programme. Comments included: “I’m going to try to concentrate more on life and stop being on my phone all the time. Stop lounging about, not doing stuff, and actually try to make a difference;” and “I would recommend this for everyone that is not too sure about what they want to do, because this will actually help you. So, yeah, you should definitely do this.”

Marcus Orlovsky concluded by pointing out that, although this programme is a long way from the current focus on maths, science, etc, “90% of the kids we’ve worked with have achieved five A to Cs. And funnily enough, pupil premium kids outperform non-pupil premium kids in the number of A*s.”

The programme has now enrolled some 400 people who “are prepared to share everything for about an hour with kids.”

Share on TwitterShare on FacebookShare on LinkedIn
Tagged with: Education • Students

Why you remember things people said, even a long time ago