Login with SSAT ID
Lost your password? Need to register?
21 March 2019 By Guest

Language education in schools across the country is facing many challenges. There is no single reason for this, although many will cite the (real or perceived) relative difficulty of language GCSEs, pointing to national subject residuals (statistical differences in performance between subjects) over a number of years.

The more accepted this has become, the more it has entrenched the issue. There is pressure on both schools and pupils to achieve the best grades possible. It’s no wonder then that some are tempted towards ‘easier’ subjects.

This situation has been exacerbated by the increased demands of the new GCSEs, where it seems a potential opportunity for parity has been sadly missed. Add to this ongoing challenges in staff recruitment and the attitude of many English adults towards learning languages, and schools have a real issue.

There is pressure on both schools and pupils to achieve the best grades possible, so it’s no wonder that some are tempted towards ‘easier’ subjects

At Melbourn Village College (MVC) we feel that language learning is not just about learning words. Good language teaching has a vital role to play in widening pupils’ horizons and in giving them an understanding of other cultures. We therefore do our pupils a real disservice if we remove this element from the curriculum.

The Cam Academy Trust, of which we are a part, has international education as one of its five core principles. Arguably, with the world continuing to shrink, the need for a positive attitude towards learning a range of foreign languages has never been greater. We want our pupils to embrace the idea of travelling to or working in a foreign country, not be daunted by it.

Our language lessons are backed up by exchanges and other visits, many of which lay the foundations for ongoing friendships. Despite that, alongside many other schools, we have watched the number of students studying French and German decline sharply over the past decade. However, this is only part of the story. Since 2016 we have seen an increase in not only the uptake of GCSE languages but in the profile of language learning across the school.

This has not been a result of compulsion – languages are not mandatory at key stage 4 and as a school we were clear that this was not a path we wanted to follow. Instead, we have listened and reacted to the preferences of our students and have also taken a bold approach to our language provision.

Traditionally, MVC students all studied French in year 7 with the majority adding German in year 8. At key stage 4 they had the option of taking French, German or Spanish. As the popularity of Spanish increased compared to German, we reached a point where it became the logical decision to swap the two, putting Spanish into KS3 in place of German.

Additionally, we undertook a full curriculum review. We consulted research on the future need for languages and began a lengthy process that would result in the introduction of Mandarin Chinese alongside Spanish from September 2016.

We now offer a European and Asian language to all students in year 7, providing a solid base for the rest of key stage 3. This has not been a simple introduction; it has involved research (we visited several lessons at other schools), close work with other agencies (in our case the Institute of Education at UCL) and, most importantly, hinged on us finding an excellent member of staff.

Our first cohort of Chinese classes are now in year 9 and speak highly of their experience. This has been aided by our first Chinese exchange, jointly run with another trust school, and by participation in the government’s Mandarin Excellence Programme (MEP), which has provided additional funding and opportunities for our pupils. In Year 7 this was a week of Chinese themed activities – a visit to the British Museum in London followed by meal in Chinatown, Chinese cookery and craft sessions in school – a programme designed by us but funded by DfE/MEP. In year 8 this is a heavily subsidised trip to China – our students are paying £400 for two weeks. The MEP is putting in a good deal of funding to support this, including £350 towards flights (all accommodation costs in China are also paid for).

A local sixth form provider, with whom we will probably share staff, has undertaken to provide post-16 study. This arrangement already exists in our trust for shared staff in other subjects – for example we brought in a geography teacher for one day a week a couple of years ago and another school paid for one day a week of a technology teacher for a while this year to cover a temporary vacancy. Many year 9 children and their parents look at options with an eye to post-16 progression so it is important that sixth forms offer languages. This may involve creative solutions and partnership development, but there is an imperative here.

Part of the advantage of doing two such different languages is the way the differences in style (which are much more significant than between two European languages) appeal to different children; mathematical pupils enjoy the ‘code-breaking’ nature of the Chinese characters, for example.

Our approach to languages has been rewarded with increased uptake and some excellent results. FFT Aspire showed our MFL progress in 2018 to be in the top 12% in the country, and indications are that we will have an increased number of pupils choosing to study languages at key stage 4 from September.

We hope that by being innovative and maintaining the high profile of languages we can continue to thrive. 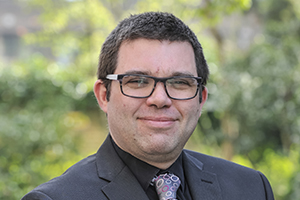