Login with SSAT ID
Lost your password? Need to register?
28 September 2018 By Guest

Having decided we needed to improve our approach to year 6/7 transition in our 5-18 all-through school, we focused on nine core actions:

• Taking sixth form students into primary schools for year 7 entries
• Restructuring the transition evening/day
• Changing key focuses and expectations of the evening/day
• Meeting parents of vulnerable students before September
• Setting clear expectations from the outset – focus on ethos and vision
• Giving students two days off-timetable to ensure they have everything they need to start properly
• Providing a ‘passport’ of summer work to focus on
• Adopting a no-tolerance approach
• Seeking feedback from students, parents and tutor team.

For the first time, Simon Balle School decided to take sixth form pupils along to talk to year 6 students at our feeder primary schools, accompanied by members of staff and SLT, and fill out the transition forms. Previously only staff visited the primary schools in July to meet the students coming up, meeting teachers, and gaining key information about grades, progress and learning needs. This has seemed to work well in the past, but putting a new perspective on it and taking sixth form students enabled the primary children to be more open and talkative. We gained a much greater insight to the students’ lives and their views on school than ever before.

In the past, year and form groups have been put together randomly, so that each form has a few SEN, PP, weak, high ability students. This year, after various meetings and discussions with SLT about the difficulties this has traditionally created, we decided that all SEN students would be on one half of the year. This is because previously we have struggled to put support into all form groups and there is an ongoing problem as to which students should take French or Spanish, as Spanish tends to be easier to learn. Therefore, our deputy head made the decision to have all SEN on one side of the year, which was then evened out so that each form had the same average grade residual. I coordinated with staff and core subjects to ensure that support was put into these form groups, particularly in English and maths, and they had appropriate form tutors and strategies in place. The SEN side of the year was put onto Spanish to enhance their chances of success.

At first we were quite sceptical of this, as having so many needs in the same forms can be difficult for the other students. However, we found that this approach helped student progress, and these form groups tend to have grown closer and formed more friendships than forms on the other half of the year, which we didn’t expect.

Previous collaboration about the transition process

Meetings with the previous year 7 leaders, SLT members and heads of departments revealed that the transition process had followed a structure similar to that of a game of murder mystery, which enabled new students to interact and integrate, but lacked a focus on expectations.

Nowadays, a combination of factors, including new technology and social media, means that new students require something different. We opted to host a Dragons Den themed event, which enabled students to express themselves while working in teams. Tutors also presented their ideas, which helped engage the new students.

The key to success is through getting everyone reinforcing the same morals and intentions, so students are clear from the outset what is expected of them and that it is fair across the school. With SLT agreement all departments, tutor team, and support staff collaborated in the whole school commitment to showing that our school has a belief in every student and portrays a ‘can do’ culture. Ensuring we have a relentless focus on high standards and that there are no barriers to great learning or achievement. We need to show passion and commitment to inspire young students to be part of our school culture. 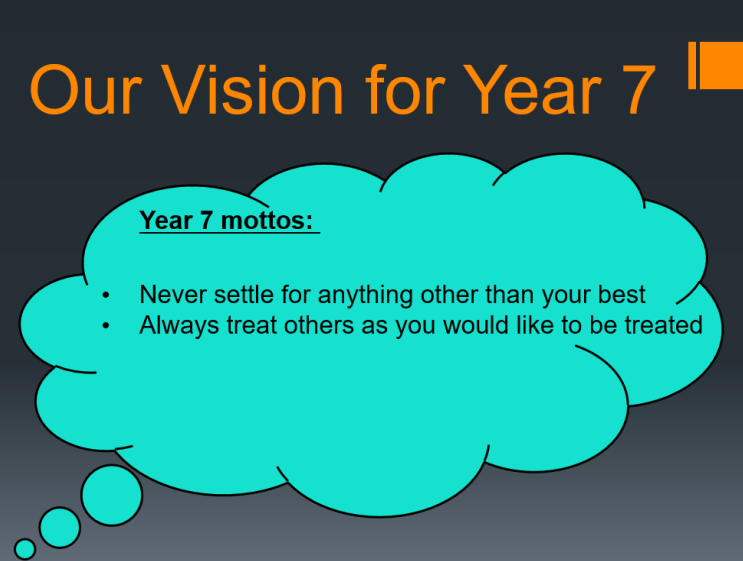 It was important to give the tutors ownership of their form groups, and allow the students to get to know them and each other through the transition process.

The tutors were given an outline of plans for the parent’s transition/information evening: that the focus was not to be on form groups and meeting the tutor, but on how to support your child. We then discussed ideas and decided together on what exactly would happen. The tutors felt a part of the process, they were able to give their input and decide on pros and cons to different aspects. They had the freedom to adapt resources and activities, to put their own personalities into the day. Taking the tutors out of their comfort zone by asking them to present their Dragons Den product in the final assembly would show the students that the staff are a team to listen to, build the tutors’ confidence. The team and I agreed we would get the most out of the students through engagement, our presence around the school, and high expectations.

How did it work out? The outcomes will be discussed in the next Sunday Supplement.

Emily Robinson is a Leadership Legacy Fellow, completing the first year programme of the programme in 2017/18. Find out more about the unique opportunity for SSAT member schools.

Read on the SSAT blog: Facilitating a smooth transition 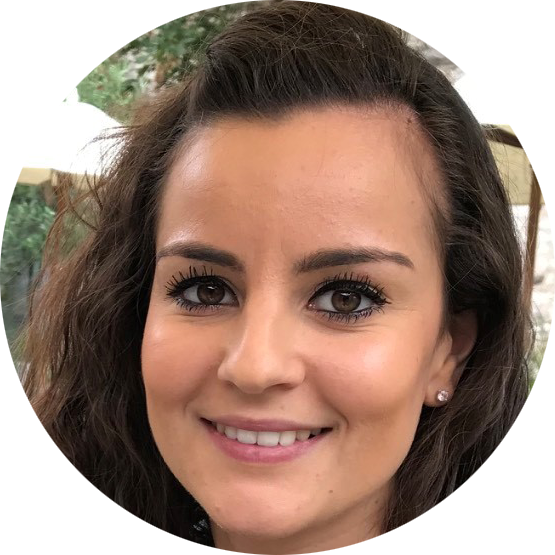