If you haven’t already done this, you soon will.

The most common complaint about RAISEonline is that, although it contains really useful information, it comes out too late to be of most use. You might have missed the latest development which makes it of immediate relevance and of huge value to school leaders and to teachers of English and maths and the new year 7.

Question level analysis has been around for some time for primary schools. What secondaries wanted was the ability to get beneath an overall KS2 sub-level to find out what the strengths and weaknesses both of the cohort and of individual pupils were in each attainment target, topic and even question in the KS2 tests.

Teaching and focused support could then be planned accordingly instead of arising from a gradual process of discovery – by which point invaluable time has been wasted.

That can now happen. The introduction of electronic marking and the ability to identify the new intake by their individual UPNs has made it possible, using two or three relatively straightforward steps. 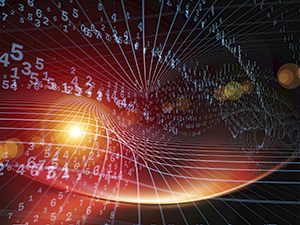 The information is clearly very much of the moment and to be acted upon in the first half of this term before it loses its usefulness. A set of simple guides to the process can be found in the online RAISE library; but we have uploaded them here for ease of access.

There are three main steps: downloading a file from NCA Tools using the UPNs of the new year 7; using this file to download a second one containing the question level analysis (QLA) data; and then importing these two files into RAISEonline.

Use the information in the first half of this term, before it loses its usefulness

For primary schools, all this will be already built into their RAISE when it appears in mid- to late-October to help review the success of their teaching in last year’s year 6.

The advantage for secondary schools is that they can run the procedure now to really hit the ground running with the new intake.

Analyses are available for English – reading and grammar, punctuation and spelling; and maths – mental arithmetic, papers A and B and the level 6 papers.

You can choose to analyse your whole cohort:

For example, if students performed badly in shape, space and measures, teachers can address this before moving on to new work in year 7. Without the new QLA, this deficit might not have emerged until much later.

The reports are fully interactive, so you can instantly refer to specific original questions or use the built-in filters to analyse by gender, free school meals etc.

This could be particularly useful to inform the allocation (and subsequently evaluation) of pupil premium and year 7 catch-up funding.

Using the ‘school-defined filters’ function will allow you to import current teaching groups so that you can generate analyses and reports tailored for each current teacher.

Radar graphs can be produced for individual students showing their relative strengths and weaknesses across each subject; these will be particularly useful for class teachers. (You might want to consider giving teachers restricted access rights to RAISE so that they can produce these themselves, as they need to be produced one by one.)

This is a significant development in the availability of data from RAISE. It could have a substantial impact on teaching and learning in the core subjects in year 7. With Ofsted now focusing on the progress of current students and the need to evaluate impact, it could also be of immense value to any school expecting an imminent inspection.

There are many more new features in the new secondary RAISE (due late November/early December), particularly concerning the coverage of Progress and Attainment 8, which we will be sharing with you soon.

Distraction, or vital aid to education?

Ready for work? Employability creates challenges for employers and schools