Login with SSAT ID
Lost your password? Need to register?
18 May 2016 By Guest 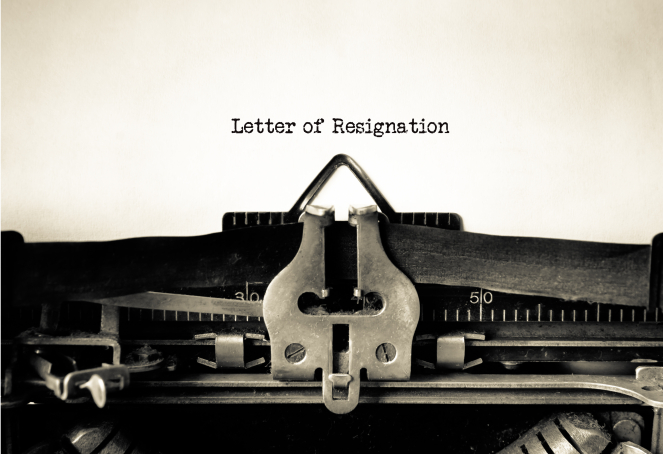 The below is an open letter from Zoe Brown to Nicky Morgan. It originally appeared on Zoe’s own blog.

Please accept this as written notice of my resignation from my role as assistant head and class teacher. It is with a heavy heart that I write you this letter. I know you’ve struggled to listen to and understand teachers in the past so I’m going to try and make this as clear as possible. In the six short years I have been teaching your party has destroyed the education system.

Obliterated it. Ruined it. It is broken.

The first thing I learned when I started teaching in 2010 is that teaching is bloody hard work. It’s a 60-hour week only half of which is spent doing the actual teaching.

It eats into the rest of your life both mentally and physically. If it’s not exercise books and resources taking over your lounge and kitchen table it’s worrying about results or about little Ahmed’s home life keeping you awake at 2am.

I’ve never minded this. I’ve always been happy to give my life over to teaching as I believed it to be such a noble cause. Besides, we’re not the only profession who work long hours. What I didn’t realise back in 2010 is that the job would get harder each year.

First, you introduced the phonics check. I was in Year 1 that year and continued teaching phonics to the best of my ability. I didn’t spend much time teaching children to differentiate between real words and “non-words” because I was focused on, you know, teaching them to read.

I sat and watched child after child fail that ridiculous “screening” because they read the word “strom” as “storm”. The following year I taught to the test. We spent weeks practising “words” and “non-words” and sure enough our results soared.

My second year brought with it the changes to the Ofsted framework and the obsession with data began. Oh the sodding data game! The game that refuses to acknowledge how long a child has spoken English or whether or not they have books or even food at home.

The data game changed things. Attainment in maths and English was no longer just important, it would almost entirely decide the judgement made about your school. Oh and whilst we’re on the judgements “satisfactory” was no longer satisfactory – it was the far more sinister sounding: “requires improvement.”

From then on things began to unravel at an alarming rate. The threat of forced academisation hung over each set of SATs results and the floor targets continued to rise. Gove cut the calculator paper (because calculators are cheating) and introduced SPaG. Grammar was no longer for writing – it was for grammar.

At about the same time he also froze teachers’ pay and doubled the contributions we would have to make to our pensions. Teachers were suddenly worse off than they had been the previous year and under more pressure than ever before.

So teaching became harder still and life in schools started to change. There were new hoops to jump through and somehow we just about managed to get through them. It meant sacrificing everything that wasn’t SPaG, English or maths but we did it – we learnt how to play the game.

Outside of the safety of our schools though there was a bigger game being played – one that we had no chance of winning. The status of the teaching profession was being eroded away. There was the incessant name-calling and smears in the media from “the blob” to “the enemies of promise” and, of course, “soft bigots” with “low expectations”. You drip-fed the message: teachers were not to be trusted and it worked. The public stopped trusting us.

You drip-fed the message: teachers were not to be trusted and it worked. The public stopped trusting us

As bleak as it sounds, those years look like a golden age compared to what we have to deal with now.

I was delighted when Gove went. I knew there was every chance he’d be replaced by someone equally awful but I couldn’t imagine things getting worse. I figured the Tories were done playing with education and they’d move on to something else. I was so wrong.

This year brought with it our greatest challenge to date – the new assessments.

For most of the year we were completely in the dark. We had no idea what form the tests would take and how they would be scored (we’re still not entirely sure on the latter.) There was also the introduction of the SPaG test for seven-year-olds (which was sadly scrapped because of your own department’s incompetence.) The criteria for assessing writing has changed dramatically.

Gone is the best fit approach, replaced with an arbitrary list of criteria of the things children should be able to do – some of which are grammatical rules that your department have made up. Year 6 were tested on their ability to read long words and remember the names of different tenses. Whatever foundation subjects were still being taught have had to be shelved in favour of lesson after lesson on the past progressive tense.

Gone is the best fit approach, replaced with an arbitrary list of criteria of the things children should be able to do – some of which are grammatical rules that your department have made up

In some ways I don’t feel like a teacher at all any more. I prepare children for tests and, if I’m honest, I do it quite well. It’s not something I’m particularly proud of as it’s not as if provided my class with any transferable, real life skills during the process. They’ve not enjoyed it, I’ve not enjoyed it but we’ve done it: and one thing my children know how to do is answer test questions.

At the same time you’ve cut school budgets to pieces. This one hasn’t been widely reported yet but it will be over the next 18 months. I know of three headteachers who are considering having their own class next year as they can’t afford to replace the teachers that are leaving. Most schools I know have already cut back on support staff (read: made valuable, hard-working teaching assistants redundant.)

And this is just the start of it. I suppose the only thing schools should be grateful for is that you introduced performance related pay and, with the leap in “national expectations”, there will be fewer teachers getting their pay rise this September.

In many ways I’m one of the lucky ones – I work for two smart headteachers in a school with a school leadership team who genuinely care about teacher workload. Meaningless box-ticking exercises are kept to a minimum and meetings are kept brief. We only have INSET on average every other week and book scrutiny/monitoring is only carried out once a term. Demands on teachers’ time are kept to a minimum but there is very little we can do to protect teachers from the unreasonable expectations being put on them by your government, the threat of no-notice Ofsted inspections and, of course, the ever-increasing risk of academisation.

I know I’m not alone in feeling like this. A recent survey found that nearly 50% of teachers are considering leaving in the next 5 years. Just within my own family my fiance, my sister and my sister-in-law have all quit the profession in the last 12 weeks. Rather than address this issue you’ve decided to allow schools to recruit unqualified teachers to fill the gaps. The final nail in the profession’s coffin.

Just within my own family my fiance, my sister and my sister-in-law have all quit the profession in the last 12 weeks

I don’t want to stop teaching. I love teaching but I have no interest in being part of this game any more.

Worse than being a teacher in this system is being a child at the mercy of it and to them I say this: we tried our best to fight these changes; we rallied, we went on strike, we campaigned and made as much noise as we could. I’m sorry it didn’t work and I’m sorry that I’m not strong enough to keep working in this system but as I’ve told many of you many times, when someone is being mean to you, you ask them to stop. And if they continue to be mean you walk away.

It is now time for me to walk away. I’ll keep up the fight though. Maybe in time things will change and, when that time comes, I can come back to the job I loved but until then, sorry Nicky, I’m out.

P.S: One last thing – if you do end up losing your job over your shambolic running of the education System – make sure they don’t replace you with Boris Johnson.

What it means to be a church school: how St Marylebone navigates the moral maze