Login with SSAT ID
Lost your password? Need to register?
11 May 2016 By SSAT 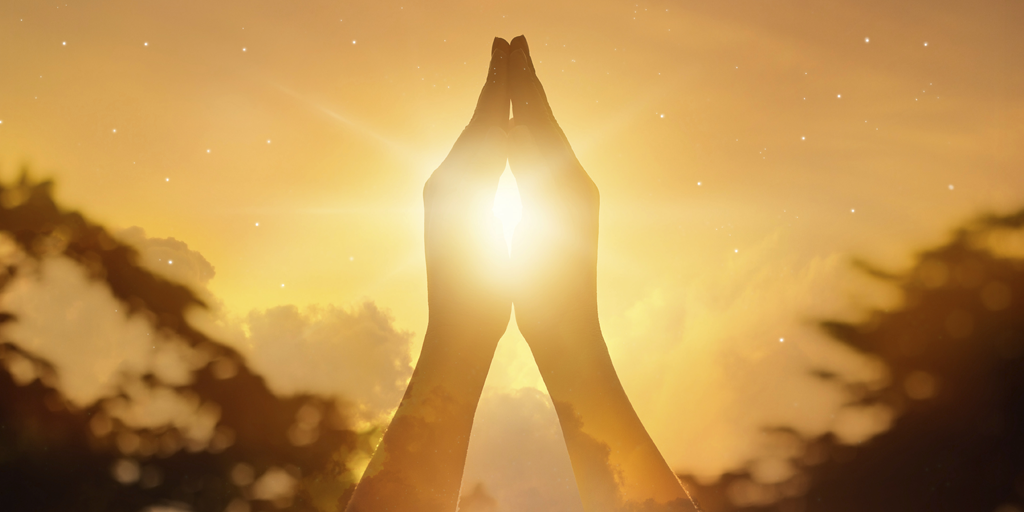 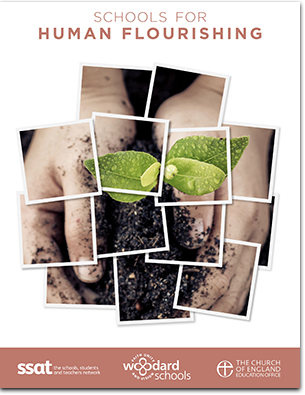 This content is taken from Schools for human flourishing – an SSAT and Woodard Schools publication published earlier this week. It is authored by Kathryn Pugh, Headteacher at St Marylebone School, London.

British schooling has, for centuries now, aligned great moral purpose with an ostensibly practical one: equipping young people with the foundations of skill and knowledge required for adult life. The interpretation of and emphasis on these two purposes has varied widely according to the religious and political ideology (or correctness) of the day.

While 17th century educationalists agreed that teaching literacy in school enabled believers to access the Bible and therefore apply it more readily to their own lives, today the dictates of religion per se have been supplanted by an (undefined) sense of commonly accepted understanding of what is right and wrong.

Ofsted examines the school’s spiritual, moral, social and cultural (SMSC) education – and the current government advocates the teaching of ‘character’ and ‘British values’ but does not recognise Religious Studies GCSE – the one subject which truly explores such moral, social and ethical questions – in its headline EBacc measure.

School leaders’ educational philosophy (‘what’s the point of school?’) is rightly probed in job interviews – and yet, once in post, the headteacher or principal has to navigate and hold fast to his or her position between two shifting goalposts which he or she played no part in fixing in the field: ‘the school promotes moral purpose and behaviour’ and ‘the school promotes the current political priorities’. It is indeed, a moral maze.

The current government advocates the teaching of ‘character’ and ‘British values’ but does not recognise Religious Studies GCSE – the one subject which truly explores such moral, social and ethical questions – in its headline EBacc measure.

I write as a headteacher of a state, comprehensive, Church of England school in inner London. Our school, St Marylebone, is 225 years old this year and evolved out of the Church’s sense of social duty to provide its local children with free education.

Today, one of London’s best-performing non-selective state schools, we serve a multi-faith, multi-ethnic community of young people aged 11 to 18. Nearly 40% of our students are eligible for free school meals and about the same number speak English as an additional language. Collectively they speak some 44 different languages.

It is a lively and dynamic place to work and learn: ‘an exceptional place, where students flourish both academically and personally within a strong spiritual ethos’ (Ofsted 2014). There are a number of ways in which being a church school makes a great and positive difference to the education experience of our students and the working lives of our staff.

We attend a whole-school assembly every Monday morning in the neighbouring St Marylebone Parish Church, where a varied rota of weekly themes allocated to departments and senior leaders ensures a vibrant, inclusive, creative introduction to the week’s learning. Everyone attends.

Our assemblies explicitly address the variety of faiths in the cohort – teachers included. Muslim girls sing in the gospel choir ‘Shout Out’ and atheist physicists make forceful baritone and bass additions to the staff choir. We celebrate the Eucharist termly, hold services for Advent, Christmas, Epiphany, Ash Wednesday, Easter and our year 9, 11 and 13 students enjoy services dedicated to their achievements in Church.

We find ways to make learning and life connect with why we are there, using story, dance, song and drama, even whole-school science experiments, sports races and stand-up surveys to illustrate the point. We sing hymns. We begin the week in a sense of collectivity and connectedness, without dogma, without preaching.

We begin the week in a sense of collectivity and connectedness, without dogma, without preaching.

Our school chaplain, Father Ed, has used humour, candidness and humility (also costume, self-deprecation and references to Paloma Faith) to establish himself as an authentic source of kindness and community spirit. This is evident not only in our students’ responses to ‘Faith Fact Finding’ surveys, but in the way he is both cheered for his creative casting in assemblies and turned-to by groups and individuals at times of grief – again, regardless of their faith.

When our religious studies conferences put ‘God in the Dock’, Father Ed articulates a relevant, fair and reasoned argument which promotes tolerance and insight – even when the atheist camp wins the debate. Faith matters matter – and no-one is shy about it.

As such, students who otherwise would not ever have such opportunity learn the value of rites and ritual, ceremony, prayer, silence, reflection, propriety and stillness, authentic and relevant, uncorrupt and meaningful spiritual leadership.

They may believe in a Christian god, they may believe in another god or no god at all; their beliefs at age 11 may develop, ebb, flow, waver, grow and be very different aged 18. But in the meantime, they have learned that variety and diversity are facts of modern life which should be regarded with tolerance and curiosity rather than fear and ignorance.

Students have learned that variety and diversity are facts of modern life which should be regarded with tolerance and curiosity rather than fear and ignorance.

This openness and boldness has implications for learning across the school. While our curriculum is organised traditionally by subjects, we explicitly address the creative and explorative potential in all subjects.

Teaching is as creative in the science lab as it is in the dance studio; the process of gleaning, editing and critiquing practised in art is transferable to learning in maths and English. As a performing and visual arts specialist school, we have ensured that the ability to wonder, question, appreciate, experiment and grow is prized in all teaching.

In this way, we aim to nurture the soul and inspire the spirit rather than simply make and polish the machine. 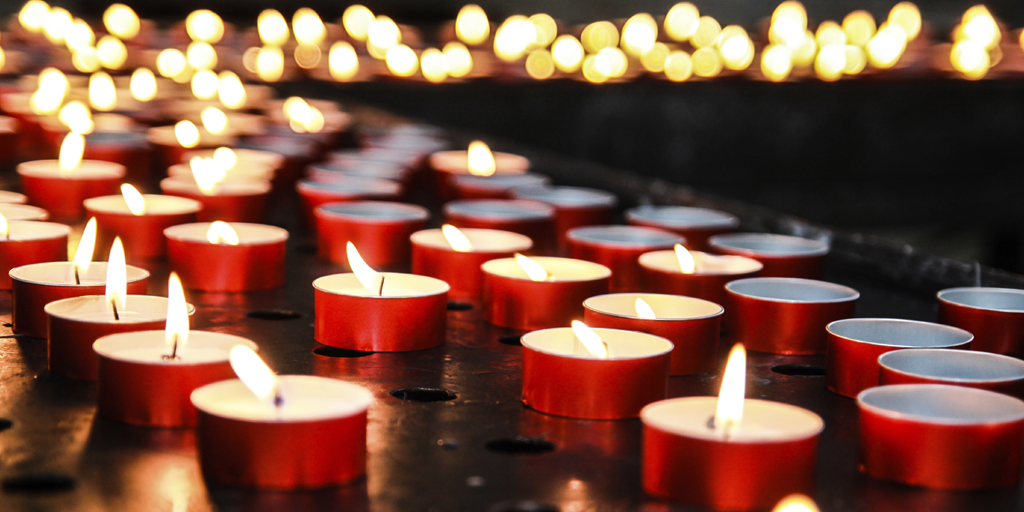 Being a ‘church school’ therefore means so much more than a tokenistic nod to a certain belief system – and goes so much further than narrowly promoting a set of agreed words which stand for values.

I find that the concept of ‘church school’ is strangely misunderstood by people who, for the most part, are intelligent and informed, responsible citizens. Common misperceptions include:

‘The Church funds the school and, as such, the school is obliged to promote its gospel.’

Oh if only the Church did have such funds to bestow on us… but not so. State church schools receive no additional funding as a result of their church status – and all state schools are publicly accountable for their financial affairs.

We are also, rightly, accountable for the quality and objectivity of our religious education (note – education, not instruction) and, as such, do not dictate one particular view as right and correct above others.

‘Everyone attending must be a Christian, or pretend to be Christian, and this excludes vast proportions of the local community.’

Dating back to the National Schools programme in the 19th century, church schools’ admissions make explicit provision for pupils of all faiths and no faith. Today this is sustained in many schools, including St Marylebone, by admitting a balance of ‘foundation’ and ‘open’ places.

Our ‘foundation’ places, for example, are all filled by local Christian families who attend the local church. Our ‘open’ places include Muslim, Hindu, Jewish, Catholic and non-faith families – as is quite clear from our debates, assemblies, conferences, performing arts festivals and public speaking competitions. Again, state schools are accountable for their admissions procedures.

‘A Christian school does not reflect or teach relevant, modern values and ethics.’

Far from it. The Christian ethos of St Marylebone means that religious values are explicitly in the spotlight. They are questioned, interpreted and challenged along with other moral and ethical questions relevant to modern life.

It means the forum is open for intelligent debate in response to Charlie Hebdo, the migrant crisis, democracy and freedom of speech. It sees students initiate a school-wide charitable response to the Nepa- lese earthquake appeal and frame a performing arts festival inspired by the educational deprivation of Malala.

Could these things happen if the school did not have a faith basis? Yes. Could they happen with such confidence and lack of politically correct inhibition? Arguably not.

‘Studying religion has no place in modern schooling.’

A stance explored by all our students, since they all take Religious Studies (RS) GCSE. As such, they all engage in academic exploration of the way religious values and laws translate into modern life – or are lost in translation.

It is in RS that students debate whether marriage is an outdated institution; abortion a right or a wrong; jihad a scourge, scare or sacred privilege; and similar issues about capital punishment, euthanasia, fundamentalism and freedom.

It is not uncommon to overhear conversations between students about how ‘you’ve started wearing a headscarf, how come?’ or ‘It’s symbolic, you know, like taking bread and wine.’ In other words, topics which would be taboo or delicate in a less informed environment are rendered open, interested, informed.

Topics which would be taboo or delicate in a less informed environment are rendered open, interested, informed.

Such study develops school-wide religious oracy and literacy, so that students can express concern if someone voices an intolerant or fundamentalist view, can confide their fear of overseas under-aged arranged marriage, or simply support each other in times of loss and grief.

It is, quite simply, the part of the curriculum which most explicitly, openly and fairly addresses issues of tolerance, diversity and ethics. As educators, our role is not to draw a straight line and lead students along it. There is no straight line.

Today’s social and religious landscape is as complex as it ever was: a maze of contradictions, arguments and events about belief, tolerance, jihad, fear, crusade, corruption, ignorance, democracy, diversity, citizenship, identity.

Our role is to ensure our students can navigate this moral maze themselves: firstly by enabling them to acknowledge its existence and complexity and then to arm them with the literacy, oracy, openness of mind and flexibility of insight to navigate it.

Therein we do not inculcate or dictate – we educate. Therein we nurture independent thinkers, responsible citizens and sound, kind people. Therein we breed tolerance, understanding, humility and love.

Copies of Schools for human flourishing are being distributed to schools within the SSAT network and a PDF version will shortly be available to download from the members’ area of the website.