Login with SSAT ID
Lost your password? Need to register?
15 March 2019 By SSAT

“We are here because we want to protest a global inaction on the greatest emergency that is facing mankind.”

The words of 16-year-old student Nathan reverberate in the actions of the masses of young people who have filled Parliament Square and poured into its surrounding areas. Chants led by the brave, signs held high above the heads of the wave of young people sitting on top of their fellow activists’ shoulders set the scene for a day that is intended to change the world.

Tens of thousands of students are absent from classrooms today in an effort to have their views on climate change heard. In their eyes, politicians’ failure to listen and a necessity to stand up for a future that is rapidly dissipating prove to be more important than being in class.

Parliament Square was one strike location of over 50 nations making the conscious decision to be heard about their stance on environmental protection through the Youth Strike 4 Climate protest. Thousands of to take place today in 125 countries, making this the biggest global strike day to date. 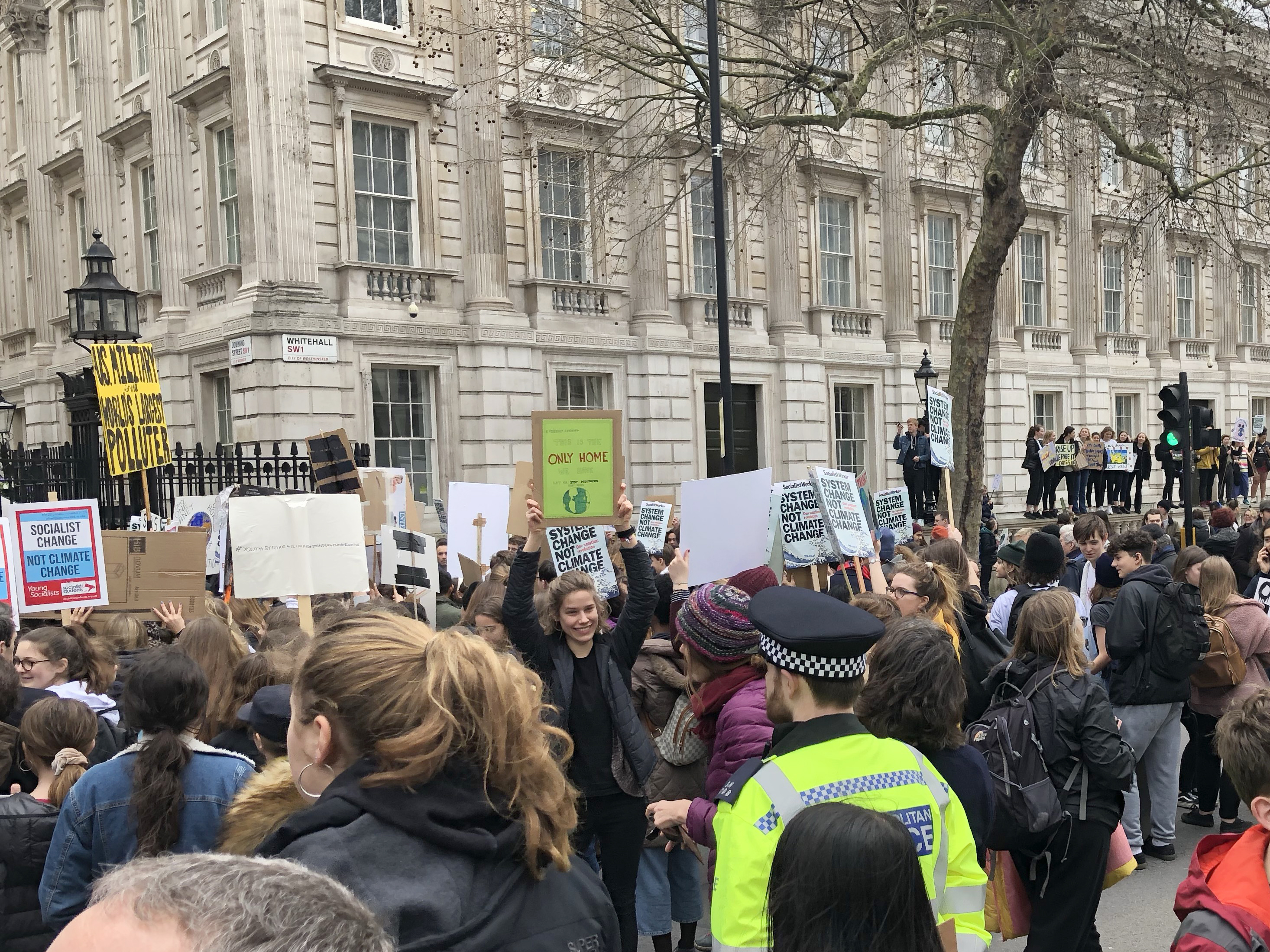 15 March 2019 may mark the beginning of a new era in how we perceive the seemingly gruesome effects that climate change has had on our world – all thanks to one student.

Sixteen-year-old Greta Thunberg of Sweden was the instrument of global change that inspired today’s protest. Last summer, Thunberg decided to take a stance that sparked interest among students worldwide: to take part in a global movement that would change the dire circumstances crippling the future of our world. Her concerns about the record heatwaves experienced in northern Europe speak for young people globally who feel that their views are continually ignored in fighting for a future that “will not exist”.

Elena, a 14-year-old student activist, was one of many Sunday Supplement’s Diana Whistance-Smith spoke to in Parliament Square. Echoing Greta’s words, she gave her own plea: “We’ve gotten to such a disastrous state and they haven’t done anything,” she said. “Global temperatures have risen 0.8 degrees and if they rise any more, there’s going to be global famine and disaster.”

Students across the UK first walked out of classrooms on 15 February, united in protest about climate change. As an extension of Greta’s original campaign, #FridaysforFuture, today’s strike attempted to bridge the gap between young people and adults, so they can come together to create genuine action against this climate change. From Australia to the US and in between, the hundreds of thousands of students making their voices heard is delivered on a global scale. 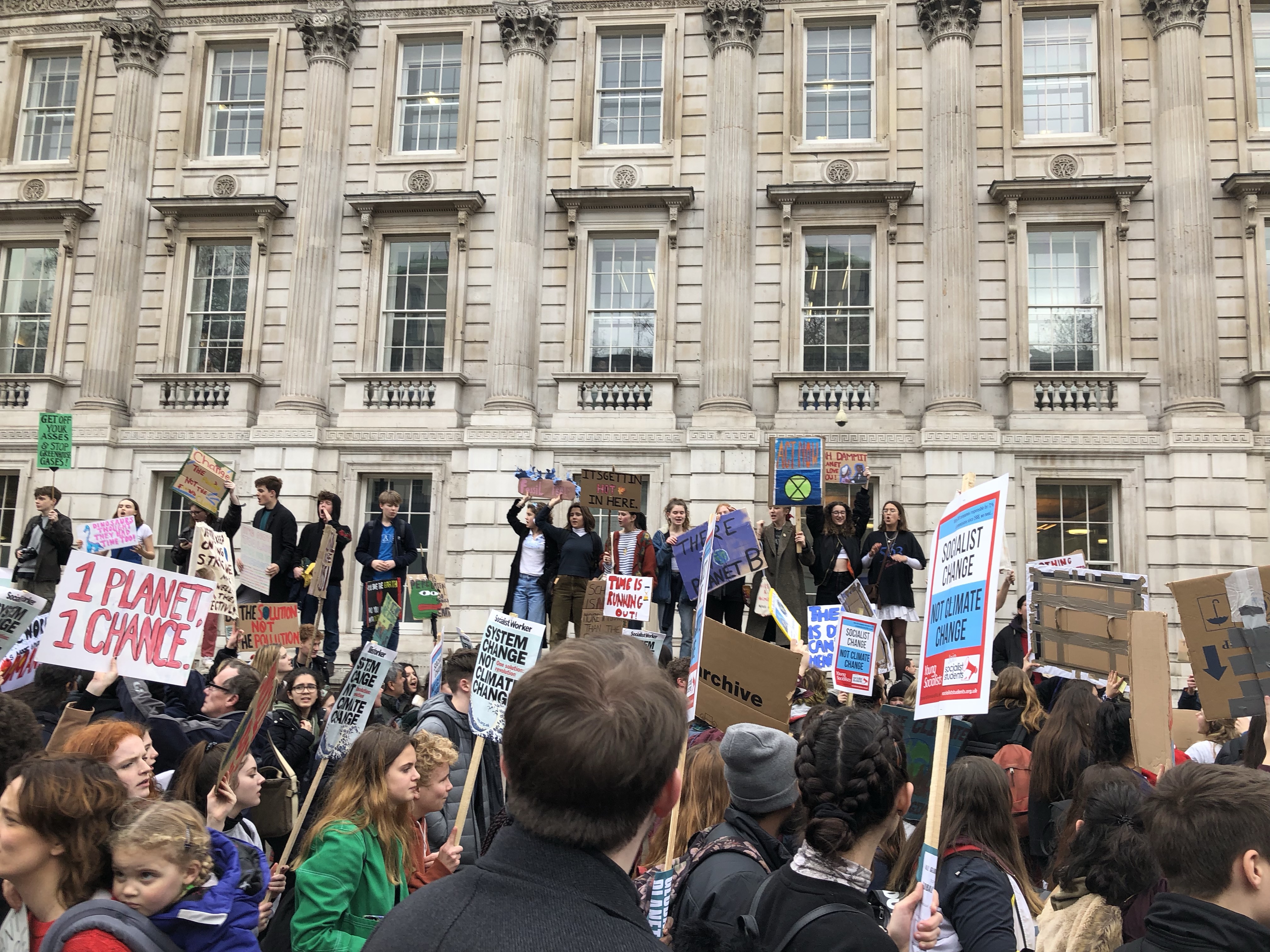 Navita, a British 14-year-old student, explained that her teachers were supportive of students like herself being absent today, going as far as having posters supporting the strike in the school hallways.

“We’re going to have to deal with the consequences of climate change… it’s our future. It’s our turn to speak up,” she said.

Getting educated no longer feels like a top priority for many of these pupils. Freddie, a British 16-year-old student, worries that education will be obsolete if our world progresses in this catastrophic way. “I could get an education and not be able to apply it, if the climate is already screwed,” he said.

Young people make up half the world’s population but have next to no input on the outcome of the world’s changes. These young people will be young adults by the time climate change becomes irreversible in 2030. These are the people that will be dealing with the brunt of the consequences worldwide. As a result, some schools have even taken it upon themselves to initiate eco-councils within their schools to instigate permanent change in the maintenance of climate.

Jack, a 16-year-old British student activist, expertly highlighted the reasons that had propelled him to join the protest. “About a year ago, the UN gave a report saying that we have 12 years left to reverse the effects that we have caused to contribute to climate change. We had no choice about what we could do: we had to speak against that. Now is our time to say that we need to reverse the effects of climate change,” he said.

“You’d think with this that our governments would have done loads and they would have been running to try to combat this global inaction, but you’d be wrong. All Theresa May has done is reject the opportunity to go to a climate conference. We do not want people in power to act like this.” 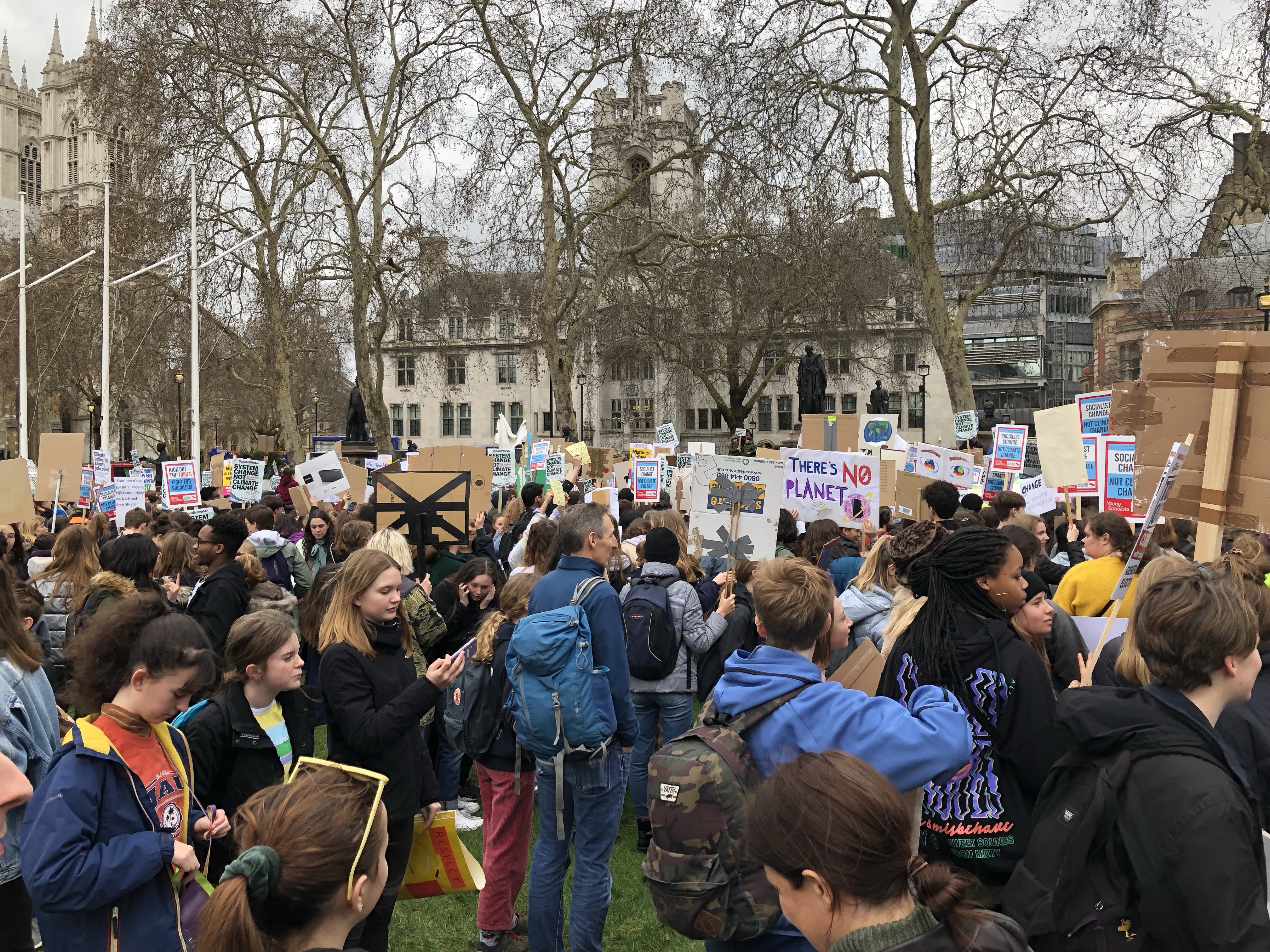 While this is among the first protests of its kind, former archbishop of Canterbury Rowan Williams has supported students’ right to non-violent civil disobedience. With “the future of the human race at stake”, the public’s support is encouraged. Environmental campaigner George Monibot has also advocated for youth’s drive to undo the damages created by previous generations, encouraging the public to take this demographic more seriously.

In Parliament Square, Nathan endorses this wholeheartedly: “Global governments are not meeting their commitments made in the Paris Climate Agreement. If these agreements are not reached, humanity faces its biggest emergency ever.”

Representing a demographic that until now could not be heard, 17-year-old Stephanie reiterates that if the message of young people is taken more seriously, we may see genuine and permanent change in the maintenance of global climate:  “We can’t vote, so this is the only way we can really show our voices and what we’re passionate about.”