Login with SSAT ID
Lost your password? Need to register?
11 November 2016 By SSAT 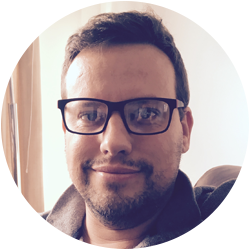 Stephen Lane, head of year and teacher of English and computing at Lichfield Cathedral School, says Twitter is the ideal place to start in developing a research-informed approach…

It feels like decades ago that I joined Twitter – so long ago, in fact, that one of my earliest tweets was a link to the now infamous animated version of Ken Robinson’s RSA talk ‘Changing Paradigms’, praising it as “ace”. I know, I feel dirty just thinking about it.

Another early tweet was a “thank you” to an educational guru who had delivered an Inset at a former school: he charged so much that we teamed up with a neighboring school, meaning a hall full of staff who consumed his slick words eagerly, gulping down the snake-oil that I now realise he was peddling.

But it wasn’t so very long ago in the grand scheme of things; it was early 2011 when I sent my first tweet. Those early tweets look now like the naïve ramblings of a child, shouting into the swirling vortex and hoping to be heard amid the cacophony of twitter discourse. I had, at that point, been teaching for about ten years and was, laughably, a head of English. I didn’t fully realise that, by joining the education talk on Twitter, I was embarking on a journey that would fundamentally challenge everything I thought I knew about teaching. And provide me with the greatest CPD possible.

Five years later, I am cognisant of a monumental shift of the educational landscape, a potentially seismic movement that many classroom teachers are unaware of because they are not on Twitter. Some of my former colleagues tell me that they are still being misinformed by their SLT about “what Ofsted wants”; are still having their lesson observations graded three times a year; or are still being told to plan their lessons to account for pupils’ learning styles.

At a training event for SCITT trainees where I was delivering a session on research, some of the delegates informed me that they had been instructed to have timings on their lesson plans and that if an Ofsted inspector came into the lesson and it wasn’t where the timings suggested it should be then they would get an ‘inadequate’. This is what trainees are being told in schools.

Five years since joining Twitter, I have become aware of Hattie and his Visible Learning; of Project Follow Through and the impact of Direct Instruction; and of Robert Coe’s work revealing the unreliability of graded lesson observations.

I have attended TeachMeets and this year had the pleasure of attending the researchED national conference – a now huge movement begun on Twitter by Tom Bennett following an exchange with other Twitter users. Its local conferences occur all over the UK, as well as in the USA, Australia and Europe. I have seen the sterling efforts of Laura McInerney in using FOI to hold the DfE to account.

Five years since joining Twitter, I have engaged in discussions about pedagogy, policy and schooling infrastructure with the likes of Ofsted’s national director of education Sean Harford, members of the DfE, and influential bloggers like Old Andrew, David Didau and Martin Robinson. I’ve seen government and Ofsted policy being shaped by such discussions, with Michael Gove, Nicky Morgan, and Nick Gibb mentioning bloggers and ‘tweachers’ in their speeches. I have debated the nature of the College of Teaching with its new CEO, Dame Alison Peacock, who is incredibly keen to engage with teachers.

Indeed, without Twitter I would have no idea about the radical changes that Ofsted made to its inspection handbook, the end of graded lesson observations, and the Ofsted Myths documents that it has published in attempts to curb people in schools who misrepresent what it wants to see.

Through Twitter, teachers are claiming a genuine voice and challenging myth-based ideas that have been established as “best-practice”, which still infect large parts of the educational establishment. It might seem a bit of a push to suggest that Twitter is offering teachers an emancipatory platform, but when I can chat with the Ofsted and DfE bigwigs and feel that they are genuinely listening, there is clearly something new in the air.

When I can chat with the Ofsted and DfE bigwigs and feel that they are genuinely listening, there is clearly something new in the air

Of course, Twitter also offers a fantastic forum for the sharing of resources and teaching strategies. Being an English teacher, I have yoinked a range of ideas that have worked well in my own classroom – ideas and resources that people have shared freely.

But Twitter is so much more than a market place for resources. It is a communal space, a vast virtual staffroom where the bosses chat with – and listen to – the frontline teachers, and where teaching ideologies and philosophies are tested, shaped and reformed.

I have been so taken by this rise of a teacher network on Twitter that I have chosen it as the focus of my own doctoral research, exploring the discourse of what I call the tweacher society.

And my encounters with people like John Tomsett (@johntomsett) and Alex Quigley (@HuntingEnglish) of Huntington School have inspired me to lead my own school in the direction of being a research engaged learning community.

So, if you are interested in developing a research informed approach to your own practice, or to develop such a culture in your own schools, Twitter is the ideal place to start. It’s easy to sign up, and it’s easy to get started. Just follow me down the rabbit hole.

Lichfield Cathedral School is part of the SSAT network – find out more about membership here.

Surviving and succeeding in the first year of teaching