Login with SSAT ID
Lost your password? Need to register?
11 May 2018 By SSAT

How a West Midlands school progressed from special measures to ‘good’ in under two years. In part two, we look at how in the process it defined a much broader vision of what a good school can be

Spotting and encouraging talent is not just about exam results or high-ability students. For example, at High Arcal School, Dudley, awards are given not only for achievement, attendance, etc, but also for overcoming difficulties, international achievement, and leadership. And the school has fostered some unusual athletic achievements, including an international kickboxer in year 8, motocross riders, and a girl who was British and European champion boxer.

The students are encouraged by former students who come back into school to talk about their careers and achievements and to enthuse theirs successors. These have included a young businessperson who had been a participant on Dragons Den, a boxer and a sports agent, as well as a former student who gained a place at Cambridge University.

High Arcal is committed to a wide range of foreign trips for students, in which all can participate. In 2014, the 100th anniversary of WW1, its students visited France and Belgium and saw the trenches, museums and Menin Gate with, as one student put it, ‘the names of all the soldiers who died’. The following year a group visited the Hadron Collider near Geneva, and a gifted and talented group went to China.

On the inclusivity of such activities, head of house Kellie Preston gave an example: ‘we took some Asperger’s students on our trip to Spain last year, and an ADHD girl came with us to the Atlas mountains of Morocco…. After seeing young people their age with no water or electricity in their houses, they come back with a different outlook, greater appreciation of what they have here. When presented with other cultures, it develops their understanding. Some of our students left clothes, colouring books and plasticine for the students in the Moroccan school we visited.’

‘We took some Asperger’s students on our trip to Spain last year, and an ADHD girl came with us to the Atlas mountains of Morocco’

Head of MFL Debbie Bennett added: ‘if the money’s not there at home for the student to come, we’ve managed to find it. No-one’s excluded.’

Students are encouraged to undertake charity work, and many do. Each of the houses adopts a charity each year. In addition, students contribute regularly to Operation Christmas Child; each form fills a shoebox with small gifts and it is sent out to Syrian refugees.

With GCSE options and careers advice and support, as with so many other aspects, High Arcal devotes particular attention to students with difficulties.

When choosing their options in year 8 (for the three-year GCSE), bespoke interviews are held for every student. And looked-after children get particular attention when it comes to advice on creating their CVs for life after school. Lead student support manager Vicky Rownes said: ‘we target potential NEETs in years 9 and 10 with a red/amber/green process, which determines how often they have a personal chat with their careers teacher.’

In years 10 and 11 every student has a Connexions (now National Careers Service) interview (those who are most unsure get their interviews first). The KS4 open evening finds the school hall and corridor full of stands for employers and training providers. Also part of High Arcal’s careers programme are life skills classes in, for example: cooking; shopping; washing; ironing; and managing gas, electricity and water services.

High Arcal has recently had three transgender pupils, who have gone through successfully with the help of the school’s six learning mentors. ‘We’re so proud of that,’ Jo Bull reported. ‘One of them could not read or write in year 7, but has progressed to the point where they are now thriving at college and have won an award for resilience.’

It was very difficult for one boy at first when he decided to become a girl, and then her family disowned her. Vicky Rownes attended gender counselling with her, and ‘in the end, she came to the school prom in a dress and was accepted. Her name was legally changed and we changed all the school documentation to reflect her reassignment.’ And, Debbie Bennett noted, ‘there has been no exclusion by other students.’

The school ensures there are suitable sanctuaries for all students who might need them, such as a head of house’s office, particular classrooms or various locations for mentoring sessions. Every morning Vicky Rownes manages a small group of students, such as a boy with ADHD who needs calming down, getting into his uniform and reducing his anxiety. However, most of the time students on the autism spectrum take part in the main curriculum. Following several assemblies on autism awareness, there’s now a tolerance among the other students.

PSHE includes an enrichment day every term, looking at different issues for each year group. For example, in year 7, it might be body image, self-confidence and self-worth; in year 10, British culture, different religions, the values of modern society. The school also covers e-safety (with parents as well as students) and has workshops on anti-radicalisation. Parents on the e-safety course can gain a Level 1 qualification. A group of 10 students led by year 10s, called the SAFE team, promote e-safety around the school.

The personal learning centre (PLC), which focuses on behavioural challenges, has weekly sessions on social skills, and the staff explore with the students issues arising from current affairs and stories in the news. ‘These students tend to be very set in their opinions,’ Rownes explained, ‘so we work to get them to see life in a different way. They might dismiss all of a particular group with one word, such as burkhas. We explain the different beliefs people hold, and bring in understanding of different cultures. We talk about their lifestyle, what the people from war-torn countries have been through, and contrast it with what we have in our country. Unpicking the differences.’

High Arcal has five student support managers, who have been successful in getting previous school refusers to come in full time. Students attest to this success. Year 11 student Chelsea Bridges reported: ‘I never used to like school, and had only 60% attendance. I never had any interest or willpower. But the new attendance officer would phone my mum and say, “get Chelsea out of bed”. Then I got speaking to the teachers and realised how important it is, these five years – going to school. My attendance has gone up to 86.3%. I think if it was not for her I’d still be back at 60%.’

In weekly nurture groups, students peer mentor other students, and talk about the difficulties they and others are facing, either in small groups or one-to-one. ‘These students often respond better to other students than they do to us,’ said PLC manager Mandy Murphy. Explaining the culture of mutual support among the students, student Maxwell Dutoy said: ‘It’s easier to help others if you’ve been through something yourself. My nan and my auntie both died from cancer. A kid in my class had a cancerous tumour, so I really try to help him, because I think it’s the right thing to do.’

Among other external agencies High Arcal uses are:

A group of North Dudley schools work together, for example on managed moves between schools. ‘If the move doesn’t work we have them back,’ Kellie Preston noted. ‘And we take theirs where required.’ Other options include college placements; some students coming into school later and staying later; and ‘home’ tuition (which may be in the home or a youth club or library). A wide variety of students may benefit from these arrangements, including those with illness or behaviour issues, and year 11s who need ‘to push on’ to get their GCSEs. The arrangements are reviewed every six weeks, to see what else can be done.

All in all, High Arcal does a lot to try to help students with a very wide range of particular needs. One trainee teacher, at the end of a placement at the school, commented on how much the teachers at High Arcal care, their genuine relationships with students, and that he had ‘never seen so much.’

And overwhelmingly, the students appear to agree. SSAT, in discussion with eight students from years 8 to 11, asked: ‘if you have difficulties in learning, do you get extra help?’ An instant chorus of eight voices came back: ‘yeah!’ Then head girl Megan Weaver added, ‘teachers do try really hard, especially to support students with disabilities, and give extra help.’

Eight students from years 8 to 11 were asked: ‘if you have difficulties in learning, do you get extra help?’ An instant chorus of eight voices came back: ‘yeah!’

Headteacher Jo Bull concludes: ‘because we don’t shy away from tackling barriers to learning – which sometimes can seem impossible to break down – our students make good progress. Having our core purpose recognised in the 2015 Ofsted report was extremely uplifting. The welfare of all our students will never stop being at the centre of our decision making.’

What does school improvement mean for your school? How do you drive a school improvement agenda within a school and across a group of schools? Explore these questions and find answers from fellow schools at SSAT School Improvement 2018; book your reduced member place at this one-day event on 29 June.

Read on the SSAT blog: Rising above a carping inspection report 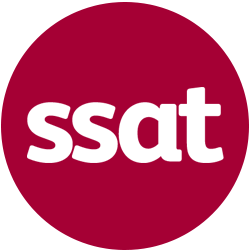 How Navy SEALs stay calm and relaxed under immense pressure