Login with SSAT ID
Lost your password? Need to register?
16 November 2016 By SSAT 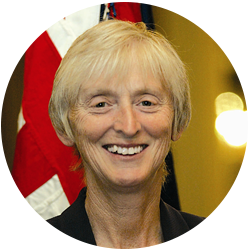 Sue Campbell: mission, innovation and talent development are keys to success in both sports and schools…

Sue Campbell, or properly Baroness Campbell of Loughborough, CBE, is a former PE teacher, university lecturer in sports science and chief executive of the National Coaching Foundation. She is chairman of Youth Sport Trust (YST) and was appointed chairman of UK Sport in 2003. Her plenary presentation to the SSAT National Conference 2016 will cover leading cultural change to take organisations from good to outstanding.

She sees many relevant parallels between management of sports and that of schools and trusts. For example, she says, how England went from 10th in the Olympic medal table to second – and in terms of the Olympics and paralympics, is now the most successful nation in the world – required a monumental cultural shift. Baroness Campbell will outline lessons from her experiences in sports administration that are relevant to school leaders.

Three of these messages cover mission, innovation and talent development.

“You have to ensure there is one clear mission, that everyone in the team understands and is committed to achieve,” she says. “In school, this means the cooks and the classroom cleaners, as well as the headteacher. They all belong, and they must all be valued. One Team One Mission”.

“You have to be at the cutting edge.” Look for marginal gains, she exhorts, giving a celebrated example from cycling: “they looked outside sport, redesigning bike helmets in the McLaren formula 1 wind-tunnel.” So in answering the question, is there a better way, schools should search outside education to find alternative solutions. “They should examine what they are doing, for even the most obvious gains. For example, does the school’s reception have the right tone, ambience and approach?”

How do you identify and nurture the talents you need? The answer is often not obvious, she points out. Helen Glover, now the most successful female rower in the world, had “never been in a boat” three years before winning her first gold medal in London. Instead of looking for rowers with long and solid record in the sport, UK Sport researched the characteristics of successful rowers, finding that they tend to be tall and relatively long-limbed. So that’s what they went out to find. In terms of schools, Sue Campbell suggests, “if you’re asking, ‘who will succeed?’, think of looking in another department in the school. And if you’re looking for a new headteacher, you could even look outside education.”

In her conference session, Sue Campbell will cover these in more detail and other valuable lessons from sport that can usefully apply to education. Referring to the conference mantra from another key sports figure, making the impossible possible, she notes: “when I took over UK Sport in 2003, it was thought we might get one gold medal for gymnastics in the Olympics. People said, ‘look at the Russians, the Chinese, the Japanese, the Americans, they’re so much further ahead than us.’

“In fact, we got none in 2004, seemingly proving the ‘experts’ right – but we achieved seven golds in Rio this year. It’s always possible, if you set about it in the right way.”

Find out more and participate in the SSAT National Conference 2016. Schools within the SSAT network are awarded one complimentary place for both days of the conference.

How to support your new teachers