Login with SSAT ID
Lost your password? Need to register?
2 November 2016 By SSAT 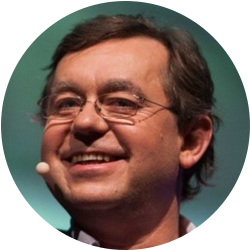 Marcus Orlovsky is always challenging people to question what they think is impossible.

From a complex background, graduating and qualifying with Ernst & Young, he was one of the small team that raised over £3bn to transform London’s commercial centre. From there he went on to form an organisation to change school buildings and, bidding for highly competitive public procurement projects, was successful on 41 out of 46 projects with a total value of over £5bn.

Accolades include Partnership for Schools (UK government) adviser of the year and being asked to open, speak at or host numerous conferences: from keynotes to headteachers’ associations to Google and AIESEC and TEDx, where he hosts Vilnius and Klagenfurt.

Part of his ambition is “to transform student aspirations and achievement.” He founded and leads Bryanston Square, a foundation that has worked directly with some 1,100 students from 23 different schools across the UK: they in turn have cascaded what they learned to another 7,000 students. The main objective and strategies of their work are about experiential learning, as explored by Kolb, among others: enabling young people to find out things for themselves.

The team had been working on their approach for some years, trialling and piloting various methods. Then, some two years ago, Marcus Orlovsky suffered a stroke that gave him serious double vision and difficulty in focusing, prevented him from reading, impaired his vocabulary and his speech. Yet he still successfully delivered the opening keynote for the NAHT annual education conference just two weeks later. How? “I just prioritised what I had to do in delivering that speech. Nothing else.” And it worked, by dint one imagines of great focus and determination.

This gruelling but ultimately successful experience led to a refinement of Bryanston Square’s approach. It is based on the knowledge that you learn what you recognise you need to learn, by focusing on the key elements. This means what you can and cannot do, and what you need to do, to meet your objective – whether it’s giving a keynote speech or passing the A-levels that will take you where you want to go.

Experiential learning is central to the way young people learn, he maintains: “if the students don’t see the need to learn, the importance of what is being taught, they won’t take it in. You have to create an environment where kids want to learn before you start teaching. And ideally to create a situation where, instead of talking about something you don’t know much about, you find someone who does know.” His colleague, former teacher Hayley Winton, adds: “if you take every opportunity to give kids experience, they will benefit – and so will their teachers.”

Most of the students Orlovsky and his team work with on their short interventions (he calls them “courses”) are pupil premium and on free school meals. Those same students have gone on to be appointed deputy head boys and girls, and achieved good GCSE and A-level results. Some of the first cohort are well into good degree courses at Russell Group universities. More importantly, so far, they have delivered over 17,000 hours of training to other students in their schools.

“So”, he says, “if you want students to really maximise their potential get them to experience as much as possible for themselves – that really is the secret of achieving more.” Delegates attending the first day of the SSAT National Conference will have the opportunity to hear him argue his case during his afternoon mainstage presentation.

This is the second of our SSAT meets… series. We spoke to orchestral and choral conductor Dominic Peckham in the first interview – read here.

Find out more and book a place at the SSAT National Conference 2016. SSAT member schools receive one complimentary place for both days of the conference.

Share on TwitterShare on FacebookShare on LinkedIn
Tagged with: Leading • National Conference

Surviving and succeeding in the first year of teaching: Using data to monitor progress