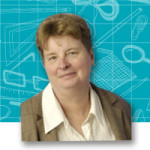 I was watching television with my grandparents on Friday 22 November 1963 when coverage was interrupted to announce that President John F. Kennedy had been shot in Dallas, Texas. I was stunned – Kennedy was the first politician to inspire me to take an interest in politics. I hoped that he would recover but that was not to be. Most people alive at that time remember what they were doing when they heard JFK was dead.

The next few days were a blur of activity – the arrest of Lee Harvey Oswald, his murder by Jack Ruby and JFK’s funeral. I have two vivid memories of the funeral – the first, that it was rather a chaotic affair and the second, JFK’s son John saluting his father’s coffin. Of course, we are talking about black and white television and the quality of the picture was not good. With the benefit of hindsight, the funeral was probably a reflection of the state of the USA at that time.

There was much speculation about the nature of his death and many conspiracy theories emerged. I was delighted when his brother, Robert Kennedy, decided to run for president and devastated when he too was assassinated. Tragedy was so clearly linked with the Kennedy family.

I learnt more about the background of America, particularly the civil rights movement, when studying American history as part of my degree. Later when I became a history teacher, prior to the introduction of the National Curriculum, I produced a module, Who shot JFK? for year 9.

There is no doubt that the students were fully engaged. It should have been an easy case to solve – the assassination was witnessed by hundreds of people. The students loved being history detectives, watching the rather gruesome Zapruder film, piecing together the evidence and presenting their theories. It was a wonderful mixture of fact and speculation. It also brought home to them so many history lessons:

This module inspired many students to go on to take history at GCSE. I hoped it helped them to be critical thinkers and not to accept everything at face value.

Much later in my career, I was fortunate to be able to visit the JFK library in Boston. It tells the story of the Kennedys as a political family – an inspiring place and certainly worth a visit.

Fifty years on, the conspiracy theories are re-emerging. The film and television companies are producing more stories of the life and death of JFK. JFK ‘s life and death still fascinate people, including Sir Alex Ferguson who, it is said, keeps a copy of the Warren Commission report on his bedside table. Will we ever know the truth about who shot Kennedy? Perhaps, but probably not in my lifetime. A true lesson of history.