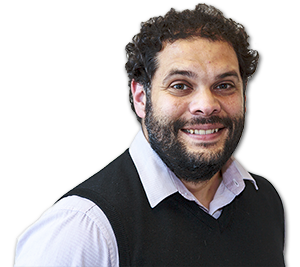 A ‘double disadvantage’ highlighted in a report commissioned by the Sutton Trust, results in only 29% of this demographic going on to further academic study after GCSEs if they live in a poorer community, compared to 46% who live in more affluent areas.

While correlation certainly does not imply causation, here, the figures are interesting, and perhaps concerning in the light of proposals for ‘titan’ schools.

Another interesting correlation has been pointed out by Future Leaders Trust. The more isolated a school, the lower students’ attainment.

While correlation certainly does not imply causation, here, the figures are interesting, and perhaps concerning in the light of proposals for ‘titan’ schools.

This is particularly true for poorer students: ‘for each additional kilometre between schools, the attainment of free school meals students declines by an average of 1.06 percentage points.’ The report does suggest that ease of collaboration across geographically close schools accounts for some of this difference but, again, it is the poorer students who are hardest hit by the effect.

To exacerbate this picture of the educational haves and have nots, a fourth recent report, from UCL’s Institute of Education, maintains that it is still school grades (and not so-called soft-skills or social connections) that really count, at least where future earning potential is concerned.

Finally, and perhaps most excitingly for the profession, a useful summary of good practice from NFER, commissioned by the DfE, was published this month.

Almost hidden at the end of the key findings, it suggests that ‘variation in disadvantaged pupils’ performance, between otherwise similar schools, [demonstrates] that schools have meaningful scope to make a difference.’

The challenge of white working class boys’ (and girls’) attainment is one that SSAT has been interested in for many years. It is central to our commitment to social justice. With the current rush of headlines around this demographic, a report that we commissioned in 2010 remains worryingly relevant.

schools have meaningful scope to make a difference

The study, Bucking the Trend, was based on a series of free-ranging interviews with white boys, of British origin, eligible for free school meals. Fifty students, from all over England, were interviewed for an hour or more, all of whom had bucked the national trend and had achieved the benchmark of 5 A* to C, at GCSE, including English and maths.

The interviewees were empowered to set the agenda of the interviews within the broad objective of discovering what they thought had enabled them to succeed against the odds.

Research of this sort has its limitations; but, in an ideal world, it should be used to ensure that student voice is included a programme that includes many other sources of data and methods of data collection.

What is striking years later, however, is that many of the insights offered by those 50 students are being corroborated by other published studies. For example:

So how can schools make a difference in this seemingly bleak landscape? The focus must be on which strategies we adopt and on how we implement them. The students in Bucking the Trend remind us that they are a rich source of insight and are perhaps under surveyed.

There is a great deal of variation between FSM students – perhaps more than between some FSM and non-FSM students. There is also, of course, national variation. The ‘average’ FSM student, as derived from national amalgamated data, may not exist in any school.

With this in mind, here are some suggestions:

Join us at the SSAT National Conference 2015 – two days that focus on achieving quality and equity for all within education.

BACKGROUND TO SUCCESS – Differences in A-level entries by ethnicity, neighbourhood and gender

The Corsham School – Getting the philosophy right

Computer science as crucial as Latin once was