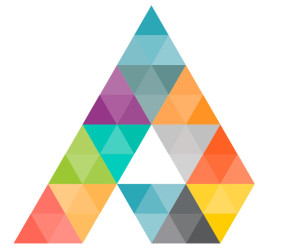 This is the third of our Achievement Show Preview: tasters of what you can look forward to series. During the series, you will hear from practitioners and leaders who are presenting at this year’s Achievement Show – giving you a preview of what to expect from their presentations.

This taster focuses on Harris Academy Greenwich and their transformation from Ofsted ‘special measures’ to ‘outstanding’ in three-and-a-half years.

What do you do when you have reached ‘outstanding’? George McMillan, a National Leader of Education and the Principal of Harris Academy Greenwich (formerly Eltham Green School) will spell out the vital changes of shift from a turnaround situation – ‘if the place is going up in flames you don’t want a debate about what to do’ – to one where you are seeking to get staff and pupils to develop and apply their originality and creativity.

Eltham Green had not been going up in flames, but it sometimes felt like it. It had had six headteachers in as many years.

George recalls ‘sometimes there were up to 100 kids wandering around when they should have been in lessons, and while there were pockets of incredible teaching under very difficult circumstances, teaching was mostly poor.’ In that situation the school leadership needed to be ‘relentlessly unreasonable,’ he adds.

With executive principal Dr Chris Tomlinson, George took on the role of turning around the school in January 2011. Results were at 28% 5A*CEM and the best they had ever been was 31%. The school had been placed in special measures the previous term. It came out of special measures in only four terms and joined the Harris Federation in 2012. In July 2014, the academy was judged outstanding in every category by Ofsted.

But the main focus of his presentation to the Achievement Show will not be how to get from special measures to outstanding, but what you do once you get there.

‘The journey from outstanding to “even better” is just as hard as from special measures to good. We needed to improve the quality of teaching and learning so much that kids go to lessons because they love learning, not just because they have to.’

He created an ‘inspiring vision’ for the school. ‘I did not want us to be just an exam factory. The academy had to generate academic success, yes, but also courage, integrity, and happiness. And the last three are the most important.’ Both students and staff bought into this vision.

‘First, you have to build trust. You do this by showing sympathy and patience and support, giving time and intense training – but also maintaining a robust intolerance of mediocrity and creating a culture of high rapport but high challenge. Ideally that challenge comes from peers, not from top down.’

Trust comes down, he believes, to consistency and 13 main ‘trust behaviours. As soon as there is a clash between what you say and what you do, people lose trust.’

The principal coaches all his senior team (he has high level coaching and mentoring qualifications from two different accrediting organisations). The academy also uses an external leadership programme called Evolve for all middle leaders or those with leadership responsibility. Half of all Harris Academy Greenwich’s teachers are now involved in development programmes focusing on challenge, trust and honest feedback.

Half of all Harris Academy Greenwich’s teachers are now involved in development programmes focusing on challenge, trust and honest feedback

The challenge goes both ways: ‘staff can come and see me at any time if they have issues, and let me know how they are feeling.’ In his Achievement Show presentation he will give examples of how this approach has worked out with colleagues.

In an all-staff Inset day after this Easter, George McMillan described ‘where I think we are’, and sought colleagues’ contributions on ‘how we can get better.’ Referring to Stephen Covey’s 12 leadership behaviours (and an extra one George added), he got each staff member to select the three that they felt they displayed most strongly and the three that were most difficult for them.

The group then worked through the implications, the challenges raised and how they would deal with them. They then also rated their managers on those same behaviours.

This constant, intense focus on staff improvement is ‘exhausting and difficult sometimes,’ George admits. ‘But the upside is the tremendous loyalty and work ethic we now have. It’s intrinsic, I’m not hitting them with a stick. Our motto is Pace, Purpose and Pride: the pace now definitely comes from the staff.’

Staff turnover is low for London and nearly all those 10% who leave each year do it for promotion: last year 13 of the 145 staff left, but 11 of these involved promotions, nine of which were within the federation.

The whole experience, George McMillan concludes, ‘is emotionally draining, frustrating – and wonderful, all at the same time!’

‘This is not a silver bullet’: making consistency happen

How English can improve communication skills across the school