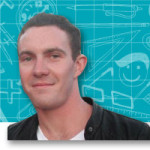 Last month, Professor Guy Claxton gave a keynote at the fifth iNet Wales National Conference in which he argued that as an educator, whether you like it or not, you are in the business of mind training. Actually, Claxton didn’t say this; instead he apologetically used the term ‘epistemic apprenticeship’ – his quotient for the one piece of academicese he permits himself per presentation. So what does an ‘epistemic apprenticeship’ actually involve and, more crucially, why is it impossible for teachers to opt out of it?

Claxton’s understanding of an epistemic apprenticeship is the way in which teachers distil, nurture, and promote certain habits of mind in the young people they educate. In other words, it is the ‘stuff’ beyond knowledge, content and skills that students learn (either implicitly or explicitly) from their teachers.

Let’s be very clear about one thing. This is not an argument in the binary skills versus knowledge debate (which any reasonable educationalist surely sees as a false dichotomy anyway – as Dylan Wiliam has pointed out, the root definitions of skills and of knowledge are identical). Rather habits are something quite distinct from skills or knowledge. Whereas a skill is something that you may or may not be able to do when required: playing an instrument, riding a bike, or speaking a foreign language, a habit is a way of looking at and making sense of the world. Habits are not things that can be switched on or off, or even things that can be forgotten over time. They are more innate than that. If you are a collaborative person at 21, you are likely to value collaboration your whole life – unless you have an experience so profound and intense that it alters your entire world-outlook.

Which is why it is so crucial to nurture these habits in young people at school. A school leaver without the epistemic trait of resilience will have to become resilient the hard way. Claxton points to the rise in ‘imposter syndrome’ at Oxford and Cambridge, identified by the universities’ counselling teams. Undergraduates, who have been coached throughout their school-career to always give the right answer, say the right things in interviews, and adopt a risk-free approach to learning, eventually make it to the hallowed cloisters and quads but suddenly feel they don’t belong. This, to some extent, is something I recognise.

My school, a rural comprehensive in South Northants, gave me a great education really: I gained good GCSEs and A-Levels; I was always involved in all school plays and drama competitions, winning several times; as head boy I had opportunities to speak publically on local, national and international platforms; and I took part in a whole host of other extra-curricular activities and school trips. Yet when I arrived at Oxford I found myself shying away from the drama societies, the student debates at the Union, and even engaging in my course whole-heartedly – things that I would have loved and done naturally at school. What was I missing that prevented me from making the most of these fantastic opportunities? Why did my outlook change so drastically?

Looking back (and I mean this as no disrespect at all to my amazing teachers, who I loved) as a ‘gifted’ student I was constantly protected from risk. Academic learning came naturally to me; I thus never really experienced failure and consequently allowed to happily glide through school. Although excellent in many ways, my education allowed me to develop, in Carol Dweck’s terms, a fixed mindset. To this day I still cannot ride a bike: as a child, I tried once – I fell off– it hurt – I didn’t see the point in getting on again. I still stubbornly refuse to learn about car maintenance and electrics and anything else I see as outside my realms of understanding. How different my life might be if my school had nurtured a growth mindset instead.

I know my teachers were acting in my best interests. It was important for them and for me that I achieved the visible manifestations of success. But this is where Claxton is clear: be explicit about the habits of mind you are training young people for.  The way in which you teach, the formal dialogues you have with students, and the informal interactions you have with them, will inevitably promote certain behaviours. We all know the kind of teacher who sits in the staff room bemoaning the bad habits kids pick up at home, and then models boredom, apathy and aggression in the classroom. As educators, we are the ones who need to model and nurture the type of behaviours we want to see.

In a recent meeting with a highly-progressive school business manager – Laurie Perry from St Paul’s Catholic College in East Sussex, I saw how Claxton’s epistemic apprenticeship could be taken even further than the classroom. Laurie sees himself as a facilitator of education as much as the teaching staff. As a member of the school leadership team, his job title is Director of Support Services (rather than school business manager), to give him parity with the other deputies who are Directors of Curriculum, Directors of Professional Development, and so on.

If we accept Claxton’s argument that an epistemic apprenticeship of one sort or another is inevitable, then shouldn’t we extend this to all staff in school, as they too come into contact with students daily? What if the staff in the restaurant explicitly thought how their interactions could nurture curiosity?  Or the office staff in charge of first-aid planned how to care for injured students whilst also promoting risk-taking? A whole-school approach to such an epistemic apprenticeship would be powerful and meaningful for its students.

Young people need knowledge; they should know facts and figures – no one is arguing against that. But they need more – they need the habits of mind that will allow them to become adaptive, responsive and caring people. And, as educators, we have the power to help them with this, or hinder them completely.