Login with SSAT ID
Lost your password? Need to register?
27 November 2020 By Guest

Janet Wingate-Whyte, Project SEARCH Manager, Whitefield Academy Trust, describes the process and benefits of these projects – to the young people, the schools and the employers involved

This article was originally published in the SSAT Journal 17: Spring/Summer 2020. SSAT members can download their digital copy from the Library.

Not an SSAT member? Learn more about becoming a member today.

There can’t be many teachers who haven’t felt the slow but seemingly inexorable rise in the number of children with special educational needs and disabilities (SEND) – now nearly 15% of the school population, according to the 2019 school census. There can’t be many who haven’t thought about what the future holds for these young people. What kind of life will they have? Will they have a happy, fulfilling future?

The evidence shows that finding and keeping a good job is a major factor in answering that question. The right job provides young people with independence, self-esteem and of course the money needed to pursue their dreams. However the sad fact is that nationally, only around 6% of people with special educational needs are in full-time paid employment.

But there is a way to improve on these numbers. Seven years ago, Whitefield Academy Trust, comprising two special needs schools in East London, drove the local implementation of a US-developed programme called Project SEARCH. Around 70% of the 16-24 year olds with special educational needs who have passed through the programme at Project SEARCH East London have found full-time paid employment. Over the last few years its intake has been expanded to include students with special needs from neighbouring mainstream schools.

The project has transformed the lives of the young people involved, their families, and the wider community. In case you are feeling cynical, that 70% success figure isn’t due to the team cherry-picking the ablest students in the school population with a SEND label – remember, the intake is largely from students whose needs include some young people with autism, learning difficulties, complex needs, vision impairment and physical disability. The evidence from our programmes suggests that Project SEARCH is the most effective way to find employment for young people with SEND. 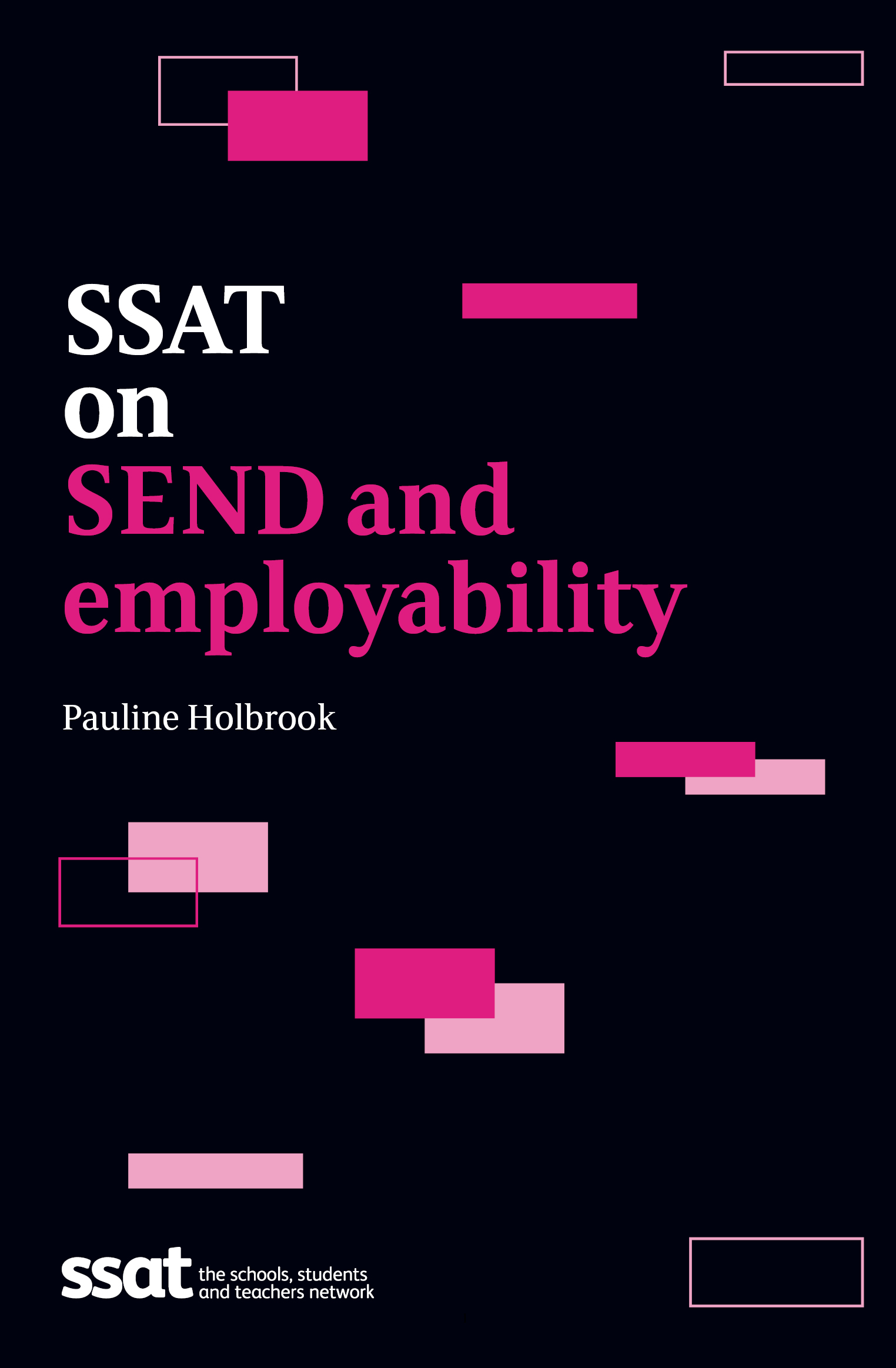 What is Project SEARCH and how do you set one up?

This is a supported internship programme, where students spend a year rotating through three job placements, with support from job coaches based in the host business. The coaches support not only the students with mentoring and training, but also the business, helping it make any necessary adjustments and keeping things moving smoothly.

There are four core elements that have to be found before a new Project SEARCH operation can be set up. We’ve covered two already – an educational establishment and supported employment coaches. The national office can help matchmake to find specialist coaches – Whitefield was matched with supported employment providers Kaleidoscope/Sabre.

The third element is a large local employer who is willing to invest time and resources. Whitefield was fortunate in finding a staunch partner in Barts Health NHS Trust, who were extraordinarily supportive, giving the project its own office and teaching room in the centre of Whipps Cross University Hospital. A business liaison manager at Whipps Cross helped to find, promote and set up placements to take the interns.

Hospitals make for popular employment partners for projects in the UK. Not only are they large employers in their own right, but they also have many other companies working on-site in support services such as catering who can get involved. If this is done right, hospitals can act as a funnel, with interns moving to employment within the hospital and then moving out into jobs in the wider community.

The final formal element of the Project SEARCH model is a supportive local authority. In the case of Whitefield, London Borough of Waltham Forest was soon convinced of the value of finding sustainable employment for young people in the borough. The council provided seed funding necessary to help set the project up – a start-up licence needs to be paid for. The council continues to be active in the project by treating it as an integral part of its offer to young people.

There is one more element that is also likely to prove critical to any project’s success – having a high-profile champion who will stick with it. Someone who consistently advocates for the project, makes it a priority and has enough clout to drive it on through any sticky problems. In the case of Whitefield, that person is Elaine Colquhoun OBE, CEO of Whitefield Academy Trust, who first found out about Project SEARCH by reading an article in the SSAT Journal. Elaine visited the first-ever project at the Cincinnati Children’s Hospital, Ohio, in 2012 to see the programme in action and meet the founders. She returned inspired and determined that this was the way forward. She has been a driving force ever since.

The outcomes – beyond the figures

The message within the hospital became ‘Transform your department, transform a life’ and it turns out that this was more than just a marketing slogan.

Many of the interns turned employees have tales of how their lives have changed since starting the programme. People such as Aqib, who was painfully shy when he started – reluctant to talk or make eye contact – but who today often handles phone calls. He is also married and has recently become a father; the first Project SEARCH baby at Barts. Or there is Alex, who liked planes, but who had never been on one before finding a job through the project. Now he has the travel bug, has been to America and Hamburg and is planning his next trip to Moscow. He says the job has given him a sense of purpose in life, helped him build bridges and built his confidence.

And each experience like this has benefits that ripple out across the network of family, friends and community – a spreading ring of influence making peoples’ lives a little better.

Perhaps less expected is the transformative influence with the hospital departments themselves.

The departments are diverse, ranging from clinical placements such as pathology and endoscopy to non-clinical placements such as porters and receptionists. Despite their varied nature, every department has similar stories of young interns bringing energy to their teams. Some interns have special skills that they have brought to the departments in terms of skills with numbers and organisation or empathy for patients – but in general, departments have found that interns are highly motivated, prioritise punctuality and often have a strong desire to go above and beyond. Several have been nominated and have won ‘Barts Heroes’ awards.

Of course, this serene swan-like picture is only achieved with some strenuous paddling under the surface. What lessons have we learned?

The charitable DFN Foundation has recently taken a lead role in running and coordinating Project SEARCH in the UK. They can help schools which are interested in the practicalities of setting up a new project or would like to find an existing project. You can also learn more about the Whitefield/Barts initiative.