Login with SSAT ID
Lost your password? Need to register?
7 May 2021 By Sue Williamson

At SSAT we believe that we are at a critical moment for schooling and in a series of online conferences are looking at Why change is needed, now? We strongly believe that change needs to be led by the profession – join the conversation and lets redesign schooling, so that every child, whatever their ability or context, leave school fully prepared to lead fulfilled and purposeful lives. I shared my recent blog on Culture with Professor David Hargreaves, and he wrote the following about the process of change: 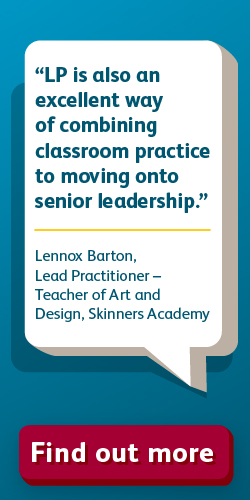 “There may be value in compiling a list of ideas or practices for school leaders to think about or act on. After all, the school improvement literature abounds with vast numbers such lists. The big question is how to implement them, and this is often simply omitted from the account. There is a good reason for this.”

So there are limitations to making lists, and these become more obvious if one explores the process of change. A culinary analogy can be useful here. Cooking is often based on the formulation of a recipe. A recipe certainly starts with a list, namely the ingredients. But this list is never more than the start of the recipe, which is immediately followed by a detailed account of what to do with the ingredients. A cook given no more than the list of ingredients would feel short-changed. Is this not the position of school leaders provided with many a list of bright ideas and interesting practices? We know some of the ingredients of effective school cultures, but our knowledge of the recipes of what exactly to do with them is much thinner.

For the cook, moving from the list of ingredients to creating a dish is a process of trial and error: this is the only way to arrive at a successful recipe. With school culture, a single set of ingredients necessarily generates multiple and highly varied recipes, which gives every school its unique flavour. Some recipes are more successful than others: what explains them? This process of recipe formulation and implementation works best when certain conditions are met.

All this draws attention to the fact that in the case of school cultures, the most useful analogy is not so much a cook working out a successful recipe – a role to which some heads are attracted – but rather the process of becoming a very successful restaurant. Here we have a clear top leader, the chef, and many other leaders, the sous-chefs, working as a team under the broad direction of the chef who allocates roles and responsibilities in formulating and implementing the restaurant’s chosen recipes for its distinctive dishes. Making a successful restaurant is much more than one chef having worked out a few outstanding recipes.

This is only an analogy, but it draws attention to some of the limitations of mere lists of desirable ingredients that need much more work if they are to become the recipes that underpin to the desired outcomes of a successful school.