I recently spoke about how the move away from national curriculum levels and towards the notion of expected progress was a real opportunity for teachers to reassert their professionalism.

Instead of trying to make work a system based on the government’s schools accountability measures which have an entirely different purpose, schools can now develop assessment systems that work for them and their students. There is also another opportunity: putting an end to the tyranny of the flight path.

Back in the late 1980s, TGAT (the task group on assessment and teaching) created a national curriculum assessment scale made up of 10 levels. They also decreed that each level had a notional GCSE equivalent grade. A level 3 was the equivalent of a GCSE grade G, a 4 was an F and so on.

Despite the fact that just about everything that defines these levels and grades in terms of content, testing methods and the degree of challenge required has changed and changed again since then, the idea of expected progress from one level to the next and then into key stage 4 has survived unquestioned.

Not only that, we as teachers compounded the problem by levels used continuously during a key stage. These were then built into a system which was only originally intended to be used summatively at the end of a key stage.

As a result, many schools introduced a regime where, every six weeks or so, teachers were expected to confirm that their students had made the requisite fraction of a sub-level of progress – or risk having to justify why expected progress was not being made. No wonder that the national curriculum became a race through the levels rather than a framework for developing and embedding knowledge and understanding. 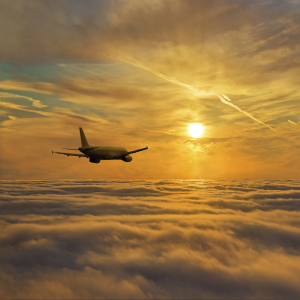 From there emerged the idea of the flight path. If students had to make at least three levels of progress during key stages 3 and 4 (equivalent to 18 points, each level being worth 6 points) and they had, in effect, 15 terms in which to make them, they had to follow a flight path whereby each term they made 1.2 points progress or 0.6 points every half-term.

The fact that we always knew that students don’t learn in such a linear fashion was ignored and we ended up pretending that the judgements we were making to satisfy the system actually reflected what students were learning and retaining.

And then we cut out the middle man, and used GCSE grades all the way from year 7. Minimum expected progress from a level 5, for example, was a grade B GCSE and we started drawing straight lines from students’ starting points at key stage 2 through to the expected end point in year 11.

We identified where they ‘should’ be at each staging post along the way – which then led to the flight path’s most meretricious by-product: the ‘currently working-at grade’.

Using the flight path, we judged that, for example, at the end of year 7, a student was ‘currently working at a GCSE grade F’ despite the fact that her forecast grade at the end of KS4 was a grade B.

What we as teachers and parents need to know is how students are performing now, relative to the challenging expectations we have of them – not how they might perform if we set them a test that was impossible for them to do at this stage.

It was to be hoped that the removal of levels at key stage 3 and the phased changes to GCSE grades would have meant an end to the simplistic flight path. Not a bit of it.

A few weeks ago I was sent a draft matrix produced by a very large and reputable national educational organisation which plotted detailed paths from the new (largely unknown) starting point key stage 2 scores (101.4 etc) in year 7 to new, equally unknown, decimalised GCSE grades (8.5, for example) in year 11. With every notional stopping-off point in between. 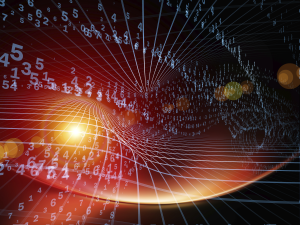 And yet there is surely a simpler and much more effective and meaningful alternative. Instead of trying to measure students in years 7 to 9 in terms of GCSEs, why not identify for each year group what you would expect of them now in terms of the expected knowledge, skills and understanding in each subject?

This will make sure that, when the time comes, they are prepared to embark on their GCSEs, at which point measuring them against GCSE criteria becomes a valid activity.

Why not identify for each year group what you would expect of them now in terms of the expected knowledge, skills and understanding?

The right balance between formative and summative assessment can then be restored. Teachers can be confident that they know what their students can and can’t do, and are able to put in the appropriate support and challenge as necessary.

Instead of a ‘best-fit and now let’s move on’ judgement every six weeks, assessment could return to being a diagnostic rather than an accountability tool.

And we’d have a basis for assessment that mirrors how students actually learn instead of measuring them against a purely theoretical and unhelpful framework.

Collaboration is the key to school improvement…

Using SOLO as a framework for developing and assessing KS3 learning