Login with SSAT ID
Lost your password? Need to register?
20 March 2014 By SSAT 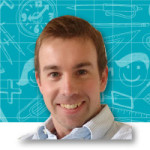 Our schools have many principled principals and headteachers, but we still need more.

Our schools need more leaders who will inspire more teachers, and students, to aspire to headship. More headteachers who have strong moral purpose and a vision for education that is broader and deeper than that mandated by government policy. Headteachers who are able to see beyond the next Ofsted inspection, the latest configuration of examination results and league tables. Headteachers who have the confidence and necessary support to make value-led decisions for their students in their context.

This is not easy – the pressures of performance and accountability are immense (and unlikely to go away) – but it is much needed.

The word-play in the title for this post is drawn from academic journals which are part of the wider continuing debate about the state of educational leadership in England. The first comes from Gold et al (2003) Principled principals? Values-driven leadership: evidence from ten case studies of ‘outstanding’ school leaders. The paper argues that outstanding and successful heads demonstrate moral leadership in all they do and they mediate policy to fit their wider personal and professional values. Former HMCI Christine Gilbert has said ‘the best headteachers tell their story’, so leaders need to uphold their vision and values – plot their journey, record it and promote their narrative.

Other academics such as Wright (2001, 2003, 2011) paint a much bleaker picture, suggesting that much of what masquerades as leadership is really a form of managerialism or ‘bastard leadership’ as school leaders increasingly look to central government for their educational direction rather than the other way around:

Leadership as the moral and value underpinning for the direction of schools is largely being removed from those who work there. It is now very substantially located at the political level where it is not available for contestation, modification or adjustment to local variation (Wright, 2001: 280).

Heads know that their schools have to succeed in a target-based culture and in the end this will drive what is allowed and what is proscribed. This is a first order concern … propounding second order values as evidence of principled leadership in fact offers no defence against ‘bastard leadership’ (Wright, 2003:142).

While teachers increasingly teach to the test, leaders are expected to lead to the test. Since control is exercised through high-stakes tests that drive what goes on in the classrooms, principals are being given more and more power over less and less (Anderson, 2009: 2).

Leadership is essentially a moral act. It is about vision and values, doing the right things as well as doing them right. The most effective leaders are ‘those who are able to articulate their strongly held personal, moral and educational values which may at times not be synonymous or in sympathy with government initiatives or policies’ (Gold, 2003: 136). ‘Successful headteachers filter and mediate policy’ (Ball, 2012). Doing so requires courage and conviction.

I am encouraged by the number of headteachers I meet each week who clearly articulate and live out their principled vision and philosophy of education. Those entering the teaching profession do so principally because of a moral commitment to the value of education and its ability to transform lives and our communities. As Nelson Mandela has said;

Education is the great engine of personal development. It is through education that the daughter of a peasant can become a doctor, that the son of a mineworker can become the head of the mine, that a child of farmworkers can become the president of a great nation. It is what we make out of what we have, not what we are given, that separates one person from another.
Nelson Mandela, Long Walk to Freedom

Education is even more than this. More than examination grades, more than job prospects or future economic prosperity, it is a moral duty to shape citizens ready to contribute towards society, who put others before themselves and, as another great president said, ask not what their country can do for them but what they can do for their country. These values need to be modelled, prioritised and passed on to the next generation.

The struggle to recruit and retrain headteachers

The second half of the title comes from an article entitled No lack of principles: leadership development in England and Scotland (MacBeath, 2011). Professor MacBeath starts his article with a quip:

Question: What is the collective noun for a group of headteachers?
Answer: A ‘lack’ of principals, of course.

However the joke highlights a very real problem – the widely perceived crisis in the recruitment and retention of headteachers. The government’s research from 2009 expected that one in four headteachers would be due to retire over the next three years. This represents a huge loss of human capital. Both individual schools and the wider schools system need to find ways to capture and preserve the wisdom and knowledge of headteachers retiring or leaving.

The haemorrhaging of school leaders has been strongly linked by some to the managerialist approach. Headteachers surveyed by Smithers and Robinson (2007) were able to cite 58 types of externally imposed additional demands whilst being unable to think of any task that had been taken away from them. Workload and the vulnerability of the principal’s job due to the pressures of accountability are cited as the main causes of the shortages and rising number of career deputies. The Independent reported that ‘More than a thousand headteachers quit their jobs early last year because of the pressure they were under…’ (Garner, 2008).

These statistics are from some time ago, but not that much has changed. Succession planning in many schools is still weak, and we continue to face a leadership crisis. So what’s the answer? We need to make the job of headteacher attractive again. To do this, stakeholders, governors and politicians need to understand that headteachers need support, time and trust to truly lead their schools and make value-based decisions on what is best for their students. Intelligent accountability and performance measures are important and have their place, but leaders need to be empowered to determine the ‘ends’ of education as well as the ‘means’. School leaders need the support of collaborative networks to encourage, challenge and exhort them to continue to keep moral purpose and values are the heart of leadership. Policies change and governments change, and some of their changes have lasting impact. But the impact of school leaders always has a lasting legacy.

GLATTER, R. 1999. From Struggling to Juggling Towards a Redenition of the Field of Educational Leadership and Management. Educational Management Administration & Leadership, 27, 253-266.

MACBEATH, J. 2011. No lack of principles: leadership development in England and Scotland. School Leadership and Management, 31, 105-121.

WRIGHT, N. 2011. Between ‘Bastard’and ‘Wicked’leadership? School leadership and the emerging policies of the UK Coalition Government. Journal of educational administration and history, 43, 345-362.

Inspection reform and Watching the Watchmen