Login with SSAT ID
Lost your password? Need to register?
19 February 2016 By SSAT

This is the fifth of five posts featuring Ross Morrison McGill’s mainstage presentation at the SSAT National Conference 2015. Ross is @TeacherToolkit.

Here is an engaging exercise that works just as well with staff as it does with students (strangely enough, I’m doing this at the end of my presentation as part of the ‘teach’ section of our Learning Policy).

It focuses on literacy, prior knowledge and things to come.

Equipment needed: several blank pieces of paper for each participant; a pen/pencil.

Not all pieces of paper will hit the target, allowing you to focus on the pieces that do. You can then use a visualiser to zoom in on spelling and keywords, rewarding students who have hit the target and have proven their literacy credentials.

I’ve found this to be a great activity at any point in a lesson, with any age group. Even adults! 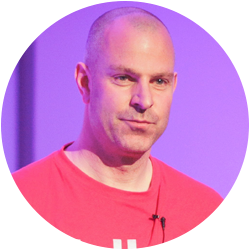 @TeacherToolkit – How we cut out the marking frenzy