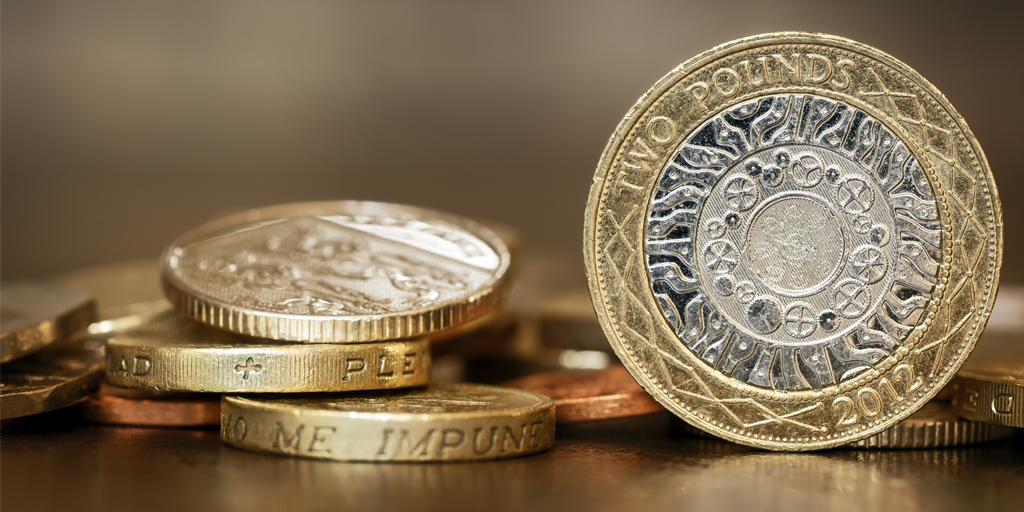 The challenge: East Sussex is not one of the better funded counties. Our funding lump sum is down 3.3%. We have reduced expenditure in a number of ways, cutting full time equivalent teaching staff by three – and yet, our total employment costs are up 4.6%, that’s over £271,000 annually.

I joined as headteacher in September 2015. The school used to have a significant carry-forward, which was approved by the local authority, to cover costs such as committed capital projects and updating ICT equipment. This year we had to use the carry-forward fund. We expect to have a balanced budget next year, but we will have to find substantial extra cost savings to maintain that in future.

The school has not been full in the last three years, with some 210 students per year group rather than the 240 on which the eight groups per year are based. Next year, thankfully, we are over-subscribed in year 7. Our sixth form continues to be popular and is full.

As a result of changes in the national curriculum and qualifications, we have chosen to change the options offer at GCSE from five to four, though this is still broad compared with many schools.

Our business manager is experienced and highly skilled and has done a lot to streamline budget costs as far as possible, diverting cost savings into teaching and learning. We are known to be loyal customers and our strong relationships with supplier companies have allowed us to negotiate substantial cost savings.

We’re also looking into generating future income, in a number of different ways. Recent capital investment has created areas of the site which have great potential for rental income, for example. And in small ways we are looking to share and develop what we do well. We have an annual photography competition, which is now being used to create a college calendar, sales of which may generate a small profit that can be reinvested in the children. For the first time, we have invited voluntary parental contributions to help support the extra ‘nice-to-have’ resources that are under pressure due to the current funding situation.

The NC move to a linear A-level will mean we have to re-evaluate the KS5 curriculum, which has the potential to create savings.

Our KS4 curriculum model was revised this year, with the removal of the one-year intensive GCSE option and the reduction of options from five to four. The final option choices enabled some adjustments and savings to be made by combining groups or not running courses. Five option subjects are no longer running.

All of the above have resulted in increased class sizes for September 2016 in all year groups, particularly year 9, so the curriculum FTEs required have reduced from 91 to 88. This has resulted in reduced staffing costs (before uplift and increased costs are taken into account).

These reductions have generally taken place through people moving on naturally, and so far we have had to start consultation on only one redundancy.

Using already committed to funds, we are creating a very attractive covered area on the large outside space used for playing fields, for a ‘snack shack’ servery, which will be properly set up for hygienic food delivery. It will also have full electrical supply and a sound system, used for the college radio at break times. We believe this covered area will have appeal for community use outside school hours – sport, parties, and community events.

We have restructured the senior team and middle leadership group. Some members of the senior team were one-year appointments – while they got used to me and decided whether they wanted to work with me. Luckily, they all did! So that gave flexibility, allowing reduction to a core of eight senior leaders, along with a wider extended leadership team.

The middle leadership group was an eclectic mix of responsibilities and remuneration, based in part on historic agreements including when the college had specialist school status. We consulted on a model that introduced much greater equality in salaries and performance measure responsibilities.

The middle leadership group was an eclectic mix of responsibilities and remuneration, based in part on historic agreements including when the college had specialist school status. We consulted on a model that introduced much greater equality in salaries and performance measure responsibilities

Together these changes will produce savings of £130,000pa when the three years payment protection period ends. While cost-saving was a factor, these changes were more about equity and effectiveness.

How did staff react? Even those who have lost TLR have generally been very good about it. Union members came to the discussions we held. The feedback was that the senior leadership has been transparent and open about the whole process. Colleagues appreciate the move to greater equality and clarity, and that it was not inherently a cost-saving exercise.

Challenging? It’s been a fun year, yes! As I slowly realised all these issues existed. We all knew three years ago that staffing costs were going to increase, but nothing was done before I came because understandably the governors wanted the new headteacher to have ownership of the necessary changes.

Because we had no carry-forward funds this year, we have had to put on hold some of the capital developments we would like.

The three-year budget plan we have produced is the most pessimistic it could be, so that we know the worst case scenario. I know some of the outcomes will not be that bad: the costs are at the extreme. And with pupil numbers going up markedly – we are now oversubscribed – we will have stable staff. However, in order to retain skilled and experienced staff we are asking them to identify their second subjects to teach.

At the same time, though, we are maintaining our low proportions of contact time protected for co-planning within the school day. Part of retaining staff is about looking after them and maintaining wellbeing. Protecting teachers’ ability to work together and develop their craft of teaching is something that we will maintain as long as we are able to.

Beyond the finance, the real challenge as ever is in providing the best educational environment and ethos for our students. The students here are lovely, well behaved and happy. We are working on creating a more proactive sense of engagement, developing leadership among students. We want to ensure they are part of the college’s development, motivated by the impact they can see themselves having. There is a buzz about the college at the moment – despite the financial pressures, we are excited about what we can achieve collectively. 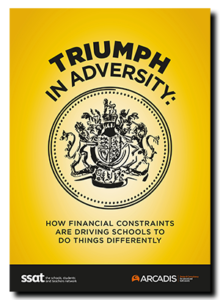 This piece is taken from Triumph in adversity – an SSAT and Arcadis publication that explores the many different ways in which schools are overcoming financial constraints. You can download the full publication here [PDF].

‘Architects’ needed to ensure schools are built to last: What kind of leader are you?

A day in the life of a chaplain